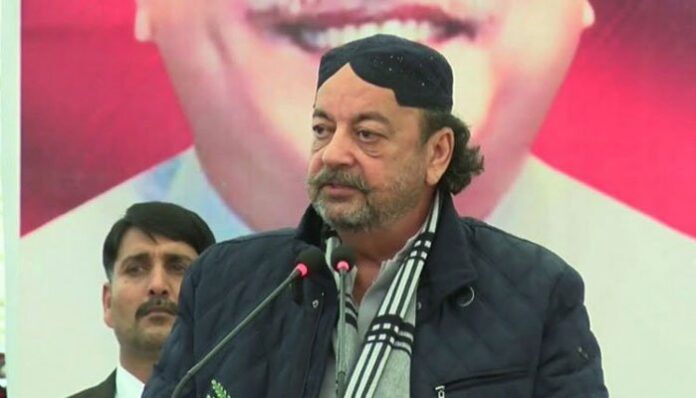 ISLAMABAD: An accountability court in Islamabad on Saturday approved a two-day transit remand of Sindh Assembly Speaker Agha Siraj Durrani in a case pertaining to assets beyond declared income.

The Pakistan Peoples Party (PPP) MP was produced before the National Accountability Bureau (NAB) court a day after the dirty money watchdog arrested him from the premises of the Supreme Court and shifted to its Rawalpindi office where he underwent medical checkup.

A three-member bench headed by Justice Umar Ata Bandial heard the case and directed the speaker to surrender before the agency and face the proceedings.

Durrani’s counsel requested the court to grant his client bail so that he can surrender before the relevant trial court.

SC rejected the plea and directed him to first comply with the order of the Sindh High Court (SHC) and surrender before NAB, after which his case would be heard next week

“We have to proceed with the case as per the law,” Justice Bandial stated.

The court later adjourned the case till next week.

It is pertinent to mention the NAB in July 2018 approved an inquiry against Durrani and others over claims of corruption. The speaker has been alleged of accumulating assets worth Rs1.6 billion through illegal sources.

NAB said the assets of Durrani were valued at Rs479.4 million but he showed them to be worth Rs151.6 million.