The recent TikTok illustrated why the action is pointless and dangerous 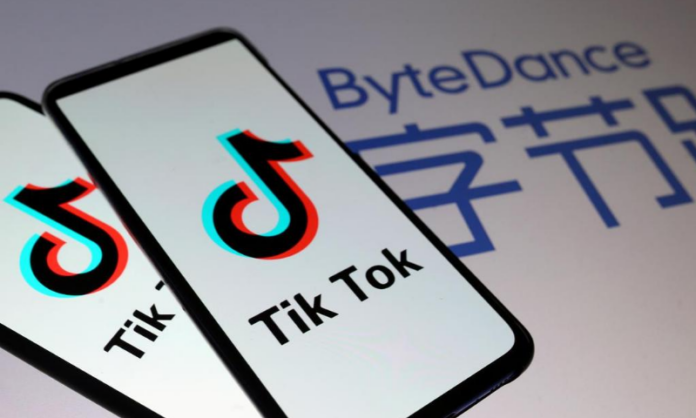 Frequent bans of social media applications and streaming services without a calculated impact analysis has become a norm. What we cannot “presumably” control, we unapologetically ban. Even more ironically, the gag order does not even sustain. Such policy steps have unintentional though real and deeply damaging consequences for the country. We think the damages from such policy blunders should be assessed by those at the helm of power.

There is no denying that power to regulate is the executive’s domain. Yet, regulation is not the same as prohibition. Added to this, there can be no real-time prohibition of social media applications. There are multiple ways to go around online prohibition. One has to be living in an illusion to treat prohibition of an application as a solution to a problem which is a deep-rooted cultural and societal attitude.

Regulators and the government need to understand that immoral content is not a technology problem. It is a cultural issue; a value system problem and requires a cultural solution. It is more imperative now to understand the psychological nuances than to opt for the option of ban. The onus would always remain on the user to behave in a socially acceptable manner. If this societal and cultural problem is not resolved, the content would shift to a new platform. How many applications would need to be banned if the root cause is not determined?

TikTok, an application with almost 11.8 million users in Pakistan was banned on 20 July by Pakistan Telecommunication Authority (PTA). No order was passed. Only a press release was deemed enough to block an application that firstly, generates income for citizens of a “low-income” country and secondly, provides an innocent source of entertainment for people who are entertainment deprived.

The writers filed a petition before the High Court of Islamabad challenging the arbitrary and whimsical way the application was banned by PTA. There is a draconian regime available to the regulators to ban online content in the form of Pakistan Electronic Crimes Act, 2016. Yet, PTA went even more draconian by banning TikTok by not even doing the needful. It is a well-settled principle of law that any order passed by the executive has to be a “speaking order” and “backed by law”. Yet, in the case of TikTok, leave the rest, there was not even an order passed.

The Federal Government and PTA argued before the Court that TikTok was banned for immoral and obscene content which TikTok had refused to remove and for failure in “pro-actively monitoring” the content. It was surprising that PTA requested for proactive monitoring considering that in the age where millions of videos are published on a daily basis, proactive monitoring is just not possible. Moreover, Section 38(5) of Pakistan Electronic Crimes Act, 2016 disallows any obligation on the service provider in doing a “proactive” monitoring of the content.

Since no facts were available on record, the writers wrote to TikTok and asked a few queries as to the content which created a thaw between TikTok and the regulator. The information shared by TikTok was damning for the stance taken by Federal Government and PTA. It was informed by TikTok that the total number of videos from Pakistan on the TikTok platform as of 30 June were 1.3 Billion. The number of videos removed by TikTok from 1 January to 30 June are a staggering 18.57 million. Total number of Takedown requests received by TikTok from PTA i  this period were 29,391. 28,674 requests were complied by TikTok. The issue only pertained to 717 videos/URLS which were never disclosed by PTA while banning the App and neither was the company ever informed. Only 717 videos out of 1.3 billion! Yet, PTA had the audacity to inform the court that TikTok was not compliant.

The Chief Justice of the Islamabad High Court. Mr Justice Ather Minaullah on 25.10.2021 declared the ban on TikTok as illegal and unconstitutional and gave a last opportunity to the Federal Government and PTA to show cause why Court shall not suspend the order. To everyone’s relief, the services of TikTok were restored by the government on November 21; after a ban of almost six months. Now that the drama of banning and unbanning is over for the moment, it is high time we question this regulator’s obsession with banning as a solution.

Banning a social media application is a useless and counterproductive exercise. The world is moving towards digitalization; customers and businesses have moved from traditional mediums of market to digital arena. In the era of digitalization, banning an application means restricting firstly, the economic growth of a country and secondly, restricting income of content creators. In the past, YouTube was banned for three years. Whole new industries of content creators were wiped out.

Regulators and the government need to understand that immoral content is not a technology problem. It is a cultural issue; a value system problem and requires a cultural solution. It is more imperative now to understand the psychological nuances than to opt for the option of ban. The onus would always remain on the user to behave in a socially acceptable manner. If this societal and cultural problem is not resolved, the content would shift to a new platform. How many applications would need to be banned if the root cause is not determined?

We all know the simplest way a person can invest in real estate is by buying a rental property and getting monthly payments in...
Read more
- Advertisment -