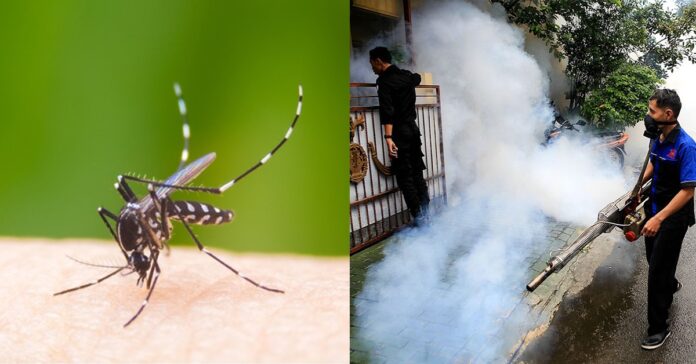 Dengue has evolved as a global life-threatening public health concern. Recently, loads of dengue cases are being reported. It seems to have replaced covid-19. It was back in 1994 when dengue was first reported in Pakistan, but it was not until 2005 when the first epidemic occurred in Karachi. Since 2010, Pakistan has been experiencing an epidemic-like situation in three provinces, Khyber Pakhtunkhwa (KP), Punjab and Sindh. In fact, Lahore and Karachi continue to battle the dengue virus.

Dengue-related infections have gripped Pakistan with an unprecedented intensity and magnitude. Dengue fever has touched lives adversely, leaving behind tears and fears, scarring the psyche of the nation for at least a short time. A nation that is already fighting war on multiple fronts, dengue-related morbidity and mortality could not have occurred at a more difficult time.

Instead of giving up to this adversity, the state must decide to stand up and take the challenge head on. Since dengue-related infections are a relatively new disease in this part of the world, doctors’ training and guidance is of paramount importance. For this very purpose, the Dengue Expert Advisory Group was formed for the provision of advanced clinical advice for management of difficult dengue cases, development of national guidelines and capacity building for medical and paramedical staff. Dengue is an endemic disease in Pakistan while rising population densities and climate change have made Punjab one of the epicentres for the country’s largest dengue fever outbreak. In the wake of these regional threats, being ever-vigilant with ready responses to dengue outbreaks are key to lowering fatality rates. Additionally, even curative action coupled with vector control remains the backbone of dengue control. The Dengue Expert Advisory Group served as a platform for dengue experts from across the Punjab to discuss the issues that surround dengue disease management and propose strategies that can enhance dengue control. Proactive management of dengue involves a multidisciplinary effort with team training, rehearsal of skills from triage to ICU team, and early recognition, monitoring, and management of fluid therapy. Though the last trainings were held in 2020, while the private sector is in complete ignorance.

The spread of dengue from Karachi to Lahore and from Lahore to different parts of the Punjab and then to relatively temperate zones of KP in recent years indicate that the aedes mosquitoes have gone through adaptation to relatively temperate zones. Climate change, along with a runway population, urbanisation and increase in travel and transportation, is stoking it further.

The severity of the disease has increased, but the government’s input is inconsistent and without any long-term disease control strategy.

While mortality is high among patients who come in late in the course of the infection. It was important to keep a close eye on the patient while keeping a “balance” between giving just enough fluid but “not overloading” them with it.

Healthcare professionals are emphasising for the city administration to clean up the city of garbage and pools of water from rain or overflowing gutters and broken pipelines.

Otherwise, warned experts, there is going to be another health disaster for the public!

Bad governance, the inability to understand the mosquito’s behaviour or habitat, and refusal to allow research or use established scientific methods in other countries were some of the barriers to controlling the aedes mosquito population in Pakistan.

Sporadic recurrence of dengue each year and emergence of chikungunya and zika point towards the failure of existing strategies, if any, to control the vector population.

The government, for its part, continues to spray insecticide across the cities and has, over the years, got better at strengthening treatment and diagnostics.

But, the use of insecticides has led to insecticide resistance. Open-air fumigation drives are a mere “cosmetic” and a “least effective” measure. As for treatment and diagnostics, it still did not address tackling the “source” of the dengue infection, the mosquito itself.

A combination of chemical (insecticide spraying), mechanical (mosquito traps placed near and inside hubs of transportation such as airports and bus stations) and biological (with biological a major component) strategies would be best in combating vector-borne diseases in the long run.

If In 2010 billions of mosquitoes in labs were prepared, which when released in the wild, could reduce the spread of dengue virus, but with little luck.

The released genetically engineered male (only) mosquitoes, when they mate with Aedes females (also the carrier of the virus), would produce offspring that would die while still at larvae or pupae stage. In addition, genetic modifications can also shorten the lifespan, cause sterility and even death of the transformed Aedes species.

Any biological intervention altering the environmental ecosystem has to be very carefully weighed for its pros and cons. Unforeseen consequences of releasing genetically modified mosquitoes cannot be ruled out outright.

Field trials of genetically modified mosquitoes have successfully been carried out in various countries including Malaysia, French Polynesia, Brazil, Australia, Vietnam and Singapore, adding the methods have not had any significant impact on human and animal health or the ecosystem.

But many remain unconvinced. Moreover, this tampering with nature could potentially enhance the risk of other mosquito-borne diseases or become a source of another nuisance or environmental challenge, that the country may not be ready to battle with.

Indeed, there is no specific treatment for dengue fever yet. Vaccination should be considered as part of an integrated dengue prevention and control strategy. One of the major issues is the lack of management skills which is adding insult to injury.

Additionally, Govt. must provide training on clinical management, diagnosis and vector control at the regional level regularly with some of its collaborating centers and formulate evidence-based strategies and policies.