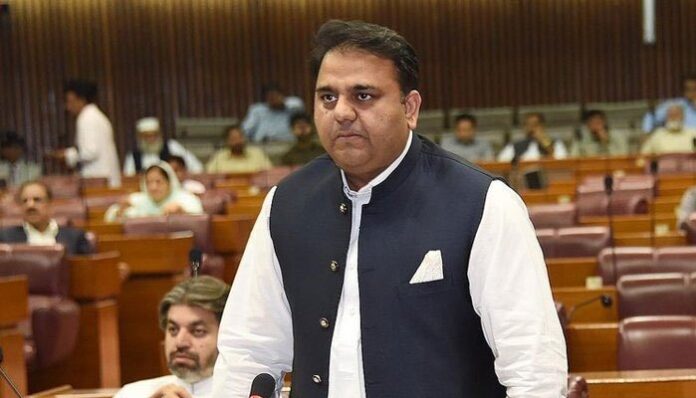 ISLAMABAD: Minister for Information and Broadcasting Fawad Chaudhry said on Monday Pakistan’s future was in the hands of students and universities.

Addressing the students at Pir Mehr Ali Shah Arid Agriculture University (PMASAAUR) at a function marking the silver jubilee celebrations of the university, the minister said universities and students could change the destiny of the country.

He said that social media platforms like WhatsApp, Yahoo, Facebook, Amazon were founded by young people who revolutionised the information technology sector. Chaudhry said that Stanford University in the United States has built a $3 trillion economy.

The minister said that at the time of the establishment of Pakistan, there was only one university but now there were over 200 universities nationwide.

Chaudhry requested vice-chancellors of universities to set targets for their contribution to national development for the coming few years to motivate the students.

He said that when the first case of Covid-19 was detected in Pakistan on February 26, 2020, at that time Pakistan was not preparing any medical equipment related to coronavirus, rather was importing safety kits, masks, ventilators.

He said he worked for lifting the ban on the use of ethanol for manufacturing sanitisers and within a span of seven months, Pakistan started exporting coronavirus-relatedá material.

It was important the government should have close contact with universities, he said, adding students and universities should also develop close contacts with private entrepreneurs and the business community.

Chaudhry said it was a good omen that a large number of students in agricultural universities would take part in the economic development of Pakistan.

He said that geographically Islamabad was situated at a unique place in the world, as 63pc of the world’s population was at only three hours air travel away from here.

He said Pakistan could be a major source of agricultural exports due to its proximity to the countries importingáagricultural products.

He said there was a lot of potential in modern agriculture and the focus should be shifted to smart forms instead of conventional farming.

He urged the students to form their own companies which could help farmers in setting up smart farms including livestock farms.

He said that students should study modern curriculum in the world along with university curriculum.