Pakistan must learn before it is too late 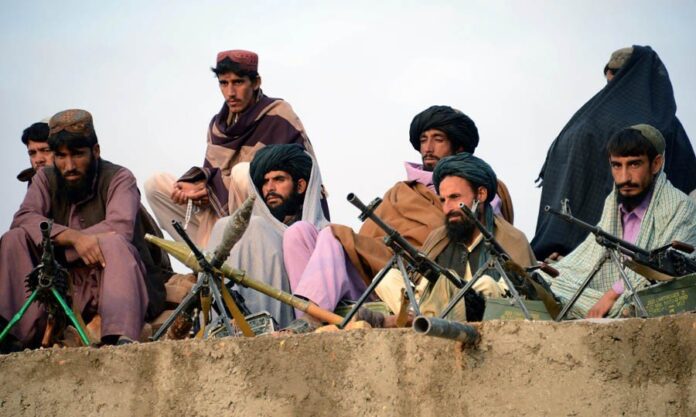 The USA has been by and large one of the greatest powers in recorded history. Of course, its decline kicked off since the end of the Cold War, yet its relative advantage— since the world was virtually in shambles—made it stay in the game till it turned the tide and became the only superpower about 30 years ago. The USA had to fight proxy wars to counter the USSR. Out of this ambitious goal, unsurprisingly, started the creation, training, indoctrination, and propping up of an extremist religious group—Al-Qaeda.

Indeed, the USA routed its archrival, but the Frankenstein’s monster— the Jihadist groups— it created, had a bigger mission than to go quiet after the said mission. In addition, “The End of History” became a buzzword among the intelligentsia, but they paid lip service to the coming anarchy. After a decade, the same group surprised the world by attacking the greatest power on 9/11. For the next 20 years, the USA fought against a shadow enemy to get the same lesson in the end— you can’t have your cake and eat it too. The rest is, they call history, and history has been so unkind to the USA since its creation.

Although Afghanistan has been made a graveyard of human rights, thanks to the USA’s embarrassing withdrawal, there are some lessons for the rest of the world. First and foremost, a country’s stability hinges upon its people, to put it bluntly. When there is discontent among people, they find it useless to hold up the system by going the extra mile. People’s trust solely matters without which there is no way to a democratic dispensation, let alone a stable democracy. This is the tragedy of sham democracies because they lose the trust of people after the initial euphoria. Afghanistan was no exception. When the Taliban moved towards Kabul, province after province surrendered because the people and the forces had nothing to lose.

By the same token, democracy doesn’t seem importable. After two decades of herculean feats, raining billions of dollars, the US found itself against the wall when it tried to replicate its values in a country bathing in ignorance, conflicts, and other issues, which nipped democracy in the bud before it could take a breath. Democracy is, nevertheless, culture rather than a name of periodical elections— that too unfair, under-represented, and rigged; it evolves through the thick and thin of time much more like it did in the UK and the USA, to name only two. In general, the east doesn’t feel a spark about western democracy, which is the worst system except for all the others. Worse so, it takes time for democracy to penetrate society and be taken for granted.

A polity mired in corruption, mismanagement, nepotism, and the exclusionary system is bound to collapse in one way or the other. Various right groups showed the world the writing on the wall in Afghanistan before it was too late; however, no one paid heed to the endemic issues— graft, nepotism, and incompetence. The USA brushed all manifest allegations under the fat carpet and continued the easy way forward to no avail.

Another lesson is that one should never underestimate one’s enemy. While the USA was busy in finding a fig leaf to get rid of Afghanistan, the Taliban understood that it was their time. What has emboldened the militia since then is the sense of courage they found after destroying the superpower and its allies in no time. Needless to say, the group had no trained army, air force, and weapons, yet they brought the USA to its knees because of their clarity of mind, faith, and of course, spirit of holy war. Even the ocean of army personnel found it useless to take arms against the ragtag group for obvious reasons like lack of hope, direction, or monthly salary.

Furthermore, the Global Corruption Index shows that corruption is on the rise in Pakistan, both white- and blue-collar corruption. If this trend goes unchecked, the Pakistani political system can go into a tailspin sooner than later. If today any undemocratic entity takes over the country, not a single person will resist. In that perspective, our situation is not very different from Afghanistan. The banned group TLP has already rung the bell by forcing the state to accept its demands and forget the past when civilians were slaughtered like pests.

As a whole, no one took ownership of Afghanistan. It became a battleground among various factions: regional, local and international. All its neighbouring countries made Afghanistan a productive soil for proxies and the government was too busy in corruption to pay attention to nation-building. The Afghan Papers published by The Washington Post made a mockery of all stakeholders in Afghanistan for their lack of concerns, integrity, and absence of ownership for the orphan country. It was looted, plundered, ransacked, carpet-bombed, and turned into a wasteland by literally every other country which had no concerns for the issues of common Afghans. The US army, the Post revealed, lied to the world for years about the situation in Afghanistan.

If Afghanistan embodies all the evils of the modern world, Pakistan also seems to be moving towards an unpleasant end. Here, people are tired of inflation and unemployment, which are going through the roof these days. In past times, when the Army took over the country, people celebrated, for like in Afghanistan their elected leaders were showing cold shoulders to the daily struggles of people. Many groups have voiced their discontent; nevertheless, the upcoming days will be more uncertain for people, thanks to another IMF bailout package.

Since the New Cold War has already been in full swing with the powerful countries mustering their muscles, Pakistan shouldn’t be a party to this disaster. We shared a great deal of the upheaval in Afghanistan by giving grounds and training jihadists to fight the war, however, this time, we should tread carefully. Powerful countries have their own national interests, and once they are done with their mission they throw the client state out of the window. The US sanctions in the 1990s after the end of the Cold War is a case in point.

The most significant thing Pakistan can learn from the Afghan catastrophe is the importance of inclusiveness. Elite capture is deeply entrenched in every nook and cranny of Pakistan. Excruciatingly, only tw6 percent of people pay direct taxes and those who are sitting at the helm of affairs are tax evaders. Land tax and agriculture tax are nonexistent because they belong to the elite, and the bomb of petrol is dropped on laymen now and then. Things can’t go like this for long.

Furthermore, the Global Corruption Index shows that corruption is on the rise in Pakistan, both white- and blue-collar corruption. If this trend goes unchecked, the Pakistani political system can go into a tailspin sooner than later. If today any undemocratic entity takes over the country, not a single person will resist. In that perspective, our situation is not very different from Afghanistan. The banned group TLP has already rung the bell by forcing the state to accept its demands and forget the past when civilians were slaughtered like pests.

The fact is that there is no future for those countries whose whole debates hover around security, proxy wars, strategic depth, and conspiracy theories. There seems no place in today’s technological world for those countries which are occupied with religious-laden discourse. Today science and technology are what define a state, its relevance, and even its independence. Instead of sticking to tribalism, modernity, inclusiveness, liberal traits must be adopted and cherished if the country needs to compete at the global level.