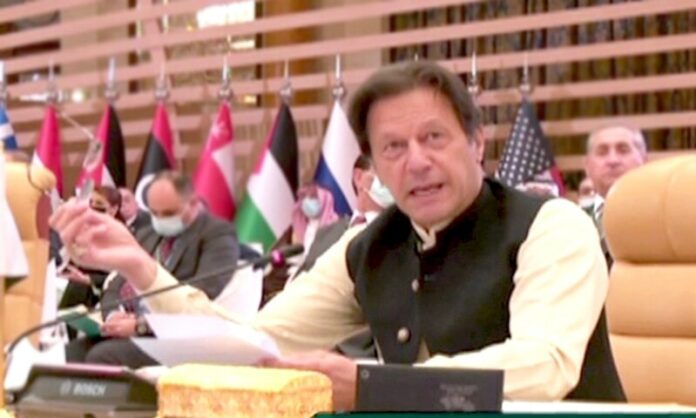 The premier highlighted the steps taken by Pakistan on this front and warned of consequences if immediate action fails to take place.

“I hope that all of us collectively take this challenge much more seriously than what we have done so far,” the premier said while addressing the opening ceremony of Middle East Green Initiative Summit in Riyadh.

The PM pointed out that just 10 per cent of the world’s countries were responsible for emissions causing environmental damage.

“And unfortunately, we (Pakistan) are among the 10 countries most vulnerable to climate change,” he said, sharing with other participants that over the past 10 years, the country had faced “152 extreme weather events … which had triggered an economic loss of over $3.8 billion”.

He went on to state that Pakistan’s future climate adaption costs were estimated at between $6bn and $14bn.

“So, we decided that before the world takes any action, we, as a country, for our own survival, must [do] whatever is in our reach,” he said.

The PM stated that Pakistan would shift 60pc of all its energy production to clean sources by 2030. Additionally, the government planned to shift 30pc of all transport was to electric vehicles by 2030 and the country had committed not to initiate any new coal projects.

He added that his government had also focused on nature-based initiatives, primarily the 10 Billion Tree Tsunami project.

He added that “In the process, we have also provided green jobs — jobs that are related to improving our environment,” he said, adding that 85,000 jobs had been created in this area and the number was expected to rise to 200,000 by next year.

The PM went on to reveal that the World Bank had ranked Pakistan as the top country for using development finance for climate-friendly initiatives and gave examples of green bonds, blue bonds, nature bonds and a mechanism devised by the government for the transition to clean energy.

While calling the climate change “one of the biggest crises” the world faced today, the premier stated that the problem was visible 20 years ago, but unfortunately, the world failed to realize the consequences.

The PM concluded by highlighting that glaciers were melting at a rapid pace due to climate change and as a result, Pakistan and several other countries were at risk of facing water scarcity which needs to be taken care of.