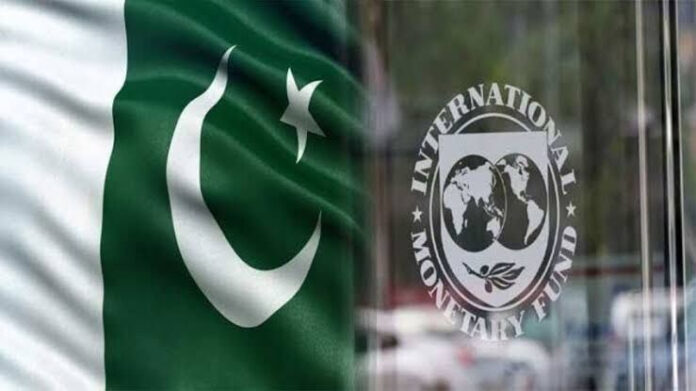 The International Monetary Fund promotes international financial stability and monetary cooperation, facilitates international trade, promotes employment and sustainable economic growth, and helps reduce global poverty. Governed by and accountable to its 190 member countries, it was established in 1944 in the aftermath of the Great Depression. 44 founding countries sought to build a framework for international economic cooperation. Today, 190 countries are members, with staff from 150.

The main difference between the IMF and the World Bank lies in their respective purposes and functions. The IMF oversees the stability of the world’s monetary system, while the World Bank’s goal is to reduce poverty by offering assistance to middle-income and low-income countries.

Pakistan joined the IMF in July 1950 as it had faced fiscal problems since its creation in 1947. Due to the economy’s unpredictability and heavy dependence on imports, the IMF has lent to Pakistan 22 times since it joined. In 1958, for the first time, Pakistan went to the IMF for a bailout..

In 2018, Imran Khan became Prime Minister of Pakistan. From the start, Pakistan had a large balance of payment deficit and its foreign reserves were only good enough for two months. For this, the government arranged friendly loans from Saudi Arabia, the United Arab Emirates and China to avoid tough IMF conditions. In 2019, when economic conditions worsened, they went to the IMF for the 22nd time for a loan of  SDR $1 billion. The IMF gave the loan based on conditions such as hike in energy tariffs, removal of energy subsidy, increase in taxation, privatization of public entities and fiscal adjustments to the budget.

For decades, Pakistan has had chronic problems collecting tax and the programme envisages reforms to improve public finances and cut public debt. However, failing to cope with these issues the Pakistan government had to resort to taking loans. Hence under Imran Khan the government signed loan agreements with Saudi Arabia, the UAE, China and the IMF.

To keep the balance of payments in check and to meet the financial obligations, the government unfortunately always resorts to loans; hence the government has now resorted to the IMF.

The primary purpose of borrowing from the IMF is because the Government wants to stabilize its deteriorating economy, exchange rates and balance of payments. However this relief is short-term and usually yields a new crisis in the long term as the debt matures and the government gets into a monetary crisis again due to inadequacy of dollars in the reserves. The IMF provides huge loans for this, which seems very lucrative at first sight in the short term.

This bailout has laid several conditions on the Pakistani government including those on taxes and subsidies, government spending, interest rate and foreign exchange rate but the most stringent condition laid by the IMF for Pakistan was to account in detail the Chinese financial outlay in the China-Pakistan Economic Corridor and give firm assurances that Pakistan will not divert IMF loans to service its China debts. Pakistan needs $12 billion this year to bridge the gap between its foreign currency holdings and what is required to pay for loans and imports.

After the IMF the biggest donor to Pakistan is China. An estimate is that around $19-20 billion out of $90 billion total debt and liabilities of Pakistan, is Chinese, that is, over one fifth of the overall debt. Surpassing Japan to become the single biggest bilateral lender to the Government of Pakistan. China also happens to be the biggest lender to the private sector too. There is no number for private sector borrowing; but virtually all the increase in the last three years has come from China. The total private sector external loan increased from $3 billion in June 2015 to $7.2 billion in December 2017. Pakistan will have to pay back $100 billion to China by 2024 on the total investment of $18.5 billion which China has invested in bank loans in 19 early harvest projects under CPEC.

Although CPEC has the potential to transform the Pakistani economy, experts fear this transformation could come at heavy price for Pakistan.

According to the Centre for Global Development, in 2011, Tajikistan wrote off an unknown amount owed to China in exchange for 1,158 square kilometres of land. And this was only five percent of the land demanded by the Chinese. Then in Sri Lanka, China did a debt-to-equity swap against an $8 billion loan at 6 percent provided for construction of Hambantota Port against a 99-year port management lease. Hence for Pakistan this loan could mean losing Gwadar port to China but only time can tell what actually will happen.

CPEC brought development and business avenues with it in Pakistan in exchange for the Chinese loan. Similarly, the IMF loan is expected to enable Pakistan to repay its loans, boost its dollar reserves, acquire dollars to pay its import bill and cure the soaring economy.

Due to the terms of the loan Pakistan will see a new tax regime, enhancement in foreign exchange reserves and improved credit ratings from reduction in default risk. However to achieve all this Pakistanis will have to pay the cost in the form of currency devaluation, freezing of non-development expenditure, decline in economic activity hence in GDP and allied economic indicators, a rise in markup rates and cost of interbank transactions, and increase in central excise duty on services and agriculture. One area the IMF has focused on is tax collection. Pakistan has for years struggled to raise its tax revenue and increase its tax net.

The IMF’s main aim is to increase the borrower’s revenue of the borrowing countries but in Pakistan tit has not been able to do much in the past.

In the long run the IMF plan hints towards an even bigger financial crunch than itoday. The debt taken by Pakistan from the IMF increased in rupee terms by Rs 70 billion to Rs 811 billion due to currency devaluation. Hence in the long run the IMF loan may harm Pakistan and its economy in a more devastating and brutal way than the Chinese CPEC loan. There is also little chance Pakistan will maximize the benefit of the positive impact on exchange rate i.

Whether the programme is harmful or beneficial depends on how the public responds to the measures and how thoughtfully the government implements them. For now the government has no option but taking the loan so as to prevent the financial structure from collapsing. The current economic condition and the government’s future agenda indicates Pakistan has fallen in a debt trap. Pakistan’s debt and liabilities have risen steeply to Rs 35.1 trillion or 91.2 percent of the economy’s size. Yet the government is indicating to borrow more.

The fresh rounds of talks between Pakistan and the MF for the release of a $1 billion loan tranche and an economic approval certificate to the nation has remained inconclusive. The talks from October 4 to 15 failed to reach a staf- level agreement because of differences over the macroeconomic framework and uncertainty over the future of Pakistan’s economy. The talks failed despite Pakistan having implemented a prior condition of increasing electricity and petroleum products prices.Pakistan and the IMF could not agree on the quantum of additional taxes and the roadmap for fiscal stability of the power sector. There were also issues about an increase in gas prices and measures to keep the current account deficit manageable.The IMF had demanded additional taxes equal to at least one percent of GDP or over Rs 525 billion, but the government was willing for only Rs 300 billion.

Pakistan has already accepted two IMF conditions. It has increased the electricity prices by Rs1.68 per unit and also jacked up the petroleum products prices to a new level of Rs 137.79 per litre. The IMF wanted the cost of fuel to be passed on to the consumers and the government only did so while increasing prices by Rs10 per litre.

This time, IMF has made it clear that the staff-level agreement of $6 billion is subject to “timely implementation of prior actions and confirmation of international partners’ financial commitments.” That means that FBR will have to show how it wants to increase the revenue in the next budget. The State Bank will have to ensure that the rupee-dollar parity is now being set on the basis of the free-market float and increase the primary lending rates. Hence there are more chances that the plan will not only be beneficial in the short run but also in the long run as well.

Since Pakistan had no option but to borrow because foreign exchange reserves were barely enough for two months of imports and inflation was over 8 percent. To let it shore up fragile public finances and strengthen a slowing economy, we should focus on how to make the most of the IMF plan rather than debate the loan and imagine a better deal if the government negotiated. The most worrisome part is what will happen when these loans will mature as in 2022 IMF 13th bailout will mature, in 2023 Saudi Arabia’s loan ($9.6 billion) and UAE’s ($6.2 billion) will mature, and in 2024 China’s $100 billion.