The “Iranian Model’ deserves a chance 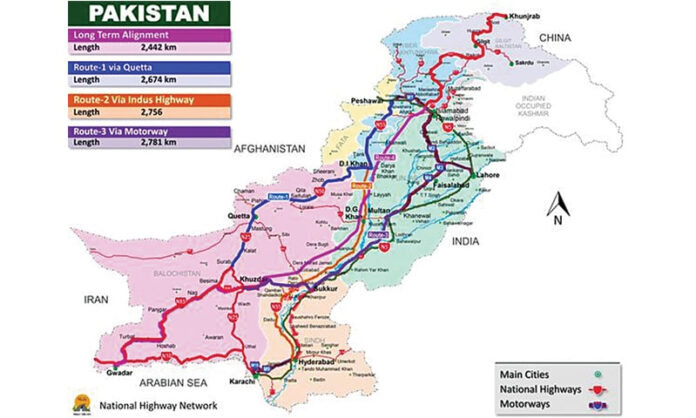 The USSR`s Afghan invasion in 1979 and then the episode of 9/11 left many Afghans with no option but to leave their homeland in search of peace. Today, the number of Afghan refugees abroad is above 5 million, most of them are hosted by Iran and Pakistan. The fall of the US-supported Ashraf Ghani`s government and the Taliban`s takeover of Kabul has made chances of another refugee influx inevitable for Pakistan and as well as for Iran.

According to the most recent UNCHR`(United Nations High Commissioner for Refugees) data, as of June 2021, 1,435,445 Afghan refugees are registered in Pakistan, and 327,247 of them live in Balochistan.Most of refugees in Balochistan are engaged in different businesses and work in Quetta, the provincial capital. Whereas the number of unregistered Afghan refugees in Pakistan is somewhere around 1.5 million, making the total around 3 million. It is estimated that as many as 500,000 Afghan refugees are hosted by Pakistan’s economic capital, Karachi, alone.

Moreover, the number of unemployed people in Pakistan rose to 6.65 million people last fiscal year, 2020-21. The unemployment rate among degree-holders is three times higher than the other unemployed. The so-called `war on terror` has already cosd Pakistan over 75,000 precious lives and over $123 billion of infrastru0cture.

Balochistan`s capacity to handle more refugees is not good either.According to the Pakistan Bureau of Statistics, 30 percent of Balochistan`s population, over 3.5 million people, had reported food insecurity by the end of March 2020. Integrated Food Security Phase Classification, also known as IPC Scale, draws a graph showing that 1,178,000 people in Balochistan are stressed and 571,000 are in crisis. Whereas according to government officials of Balochistan, poverty rate in the province had risen to 68 percent in the first three months of lockdown alone and the unemployment rate is likely to rise to 4.45 percent this year. Besides, Balochistan is the most vulnerable province considering water scarcity, making it vulnerable to long term droughts and nature-imposed migrations.

Considering ground realities, the government’s decision to not host more refugees, instead of following the `Iranian model` is a good decision indeed, and must be put into action.

Registered refugees must be given cards for their convenience and these cards should expire after a year or so to regularize refugees` numbers on an annual basis. The international community, particularly the ones who have stakes in Afghanistan, like the USA and its NATO allies, should contribute in the management and accommodation of these Afghan refugees.

What is the `Iranian Model? Iran hosts around 3 million registered and unregistered Afghan refugees. According to the UNHCR, the Iranian Government has issued Amayesh cards (Refugee Identity cards) to 951,000 Afghan refugees to register them. Refugees with Amayesh cards can work and get employed in 87 different types of employment. They can also get access to a limited number of health care centres, can get education and conditional freedom of movement. Many of these Amayesh card holders are living in settlements across the country. Whereas refugees without these cards do not have easy access to most sectors and areas in the country, which might compel them to get registered.

Then there are 450,000 passport-holder Afghan refugees in Iran. They received passports under the Comprehensive Regularization Plan (CRP) launched in 2010 to get more Afghan refugees registered. This is another policy to register Afghan refugees and their families. Duration of visa can be extended as Iran often extends it on the requests of the applicants and meetings with Afghan high officials.

Registered Afghan refugees can get education and have access to health care, including covid-19 treatment and other humanitarian aid. Whereas unregistered refugees are always vulnerable to deportation.

As stated by Pakistani Interior Minister Sheikh Rashid Ahmed, Pakistan will not open its borders, but instead adopt the `Iranian Model` which must be implemented in the fullest capacity of the state. Settlements should be built on the bordering areas with Afghanistan and then the refugees should be asked to register themselves with the government of Pakistan to get access to basic healthcare, education and conditional freedom of movement.

They should be allowed to work in a limited number of sectors. Unregistered refugees must be vulnerable to deportation and must not be able to get jobs and easy livelihood to compel them to get themselves and their family members registered. Refugees who want to invest, should be given passports and visas after consultation with their higher officials so that they can invest here but still remain notified about returning home someday.

Registered refugees must be given cards for their convenience and these cards should expire after a year or so to regularize refugees` numbers on an annual basis. The international community, particularly the ones who have stakes in Afghanistan, like the USA and its NATO allies, should contribute in the management and accommodation of these Afghan refugees.