The plan for continuation is in place 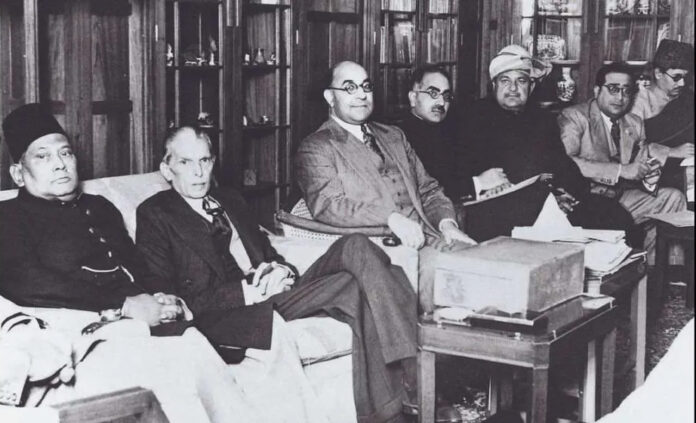 Knowing the exploits of the ‘Chaudhry Dynasty’, I was able to understand the mess and deplorable state of our politics when its ‘Baba’ belongs to this family. In my entire years of political activism, I was most perturbed when Chaudhry Pervaiz Elahi as Punjab Chief Minister offered to elect the dictator Pervaiz Musharraf as President in uniform not once but seven times.

So blatant was this statement that I decided to personally contest against the usurper or leave the country in protest as the thought was unbearable to absorb. Such a blatant abuse of the people’s mandate is not even perpetrated in the sham democracies of the world. In order to hold an elected office, Egypt’s Field Marshal Abdel Fatah Al-Sissi had to shun his uniform and so did his predecessor Hosni Mubarak. Even our first dictator Ayub Khan promoted himself to the rank of Field Marshal before taking oath as President. In the 1965 Presidential contest against Madar-e-Millat Mohtarma Fatima Jinnah he withdrew his title as the opposition was planning to file a writ petition against his own elevation.

Chaudhry Zahoor Elahi, a dismissed Police sub-inspector, was introduced to politics by the first usurper. He was given the charge of the Progressive Papers Limited  (PPL) owned by Mian Ifthikaruddin of Mughalpura. The first ‘Sarkari Muslim League’ was also launched through him from the Muslim League house on Davis Road which is now controlled by the PML(Q) of the Chaudhry clan.

Somehow, they have always managed to retain power and influence in the largest province of the country despite several inquiries and cases against them for alleged corruption. It did not end here; Ch Zahoor played a very negative role in the trial of Bhutto and celebrated his conviction by his friend, the then Chief Justice of Lahore High Court ( LHC ) Maulvi Mushtaq Hussain. Finally, when the judge was ambushed in revenge, he was unfortunate to be riding in his car. While his friend barely survived, he lost his life.The judge too died a few months later.

A new term should be used for such Babas resembling the ‘Amil Baba’ who operated on Ferozepur Road at Shama Chowk. They should be called;  Baba-e-Siasi Talism ( Father of Political Spells). After the death of the ‘ Bengali Baba’, his centre, ‘Talisim Kada’, was shut down as he had no heir apparent for his evil work. but the ‘Siasi Talisim Kada’ of the Chaudrys on Zahoor Elahi Road remains alive and vibrant through a well-defined succession plan for their political spells to continue.

As Interior Minister, Baba-e-Siasat used his old connections within the Police force and ensured induction of criminals to create a constituency for their electability. When the fourth usurper took control of the country, the Cha4dhrys abandoned their old partners in crime the Sharif brothers and together with Mian Azhar carved their own brand of ‘Sarkari League’ called PML (Quaid). In the 2002 electoral contest they outmanoeuvred Mian Azhar and took complete control of the party. While Pervaiz Elahi took charge of Punjab, Baba-e-Siasat kept in close proximity to the dictator in Islamabad. In order to dominate the politics of the largest province of the federation, they ensured that no one else gained prominence from Punjab. First, he managed to get the important post of Prime Minister for Mir Zafarullah Jamali and then himself as a stopgap PM, paving the way for Shaukat Aziz who had no political background or following and had to become the Chaudhrys’ political lackey.

Baba-e-Qaum struggled hard and delivered a free homeland for the Muslims of India. Till today he is revered and respected for his struggle and sacrifice.  The inning of Baba-e-Sahafat was also exemplary. He played a key role through his newspaper in building public support for Pakistan. Baba-e-Socialism as health minister under Bhutto, introduced the system of generic medicine. In India the same approach has been adopted after four decades as it cuts through the exploitative manipulation of the big Pharma Companies. The other Baba’s also left their positive mark, leaving Baba-e-Siasat  behind to be moaned by several generations.

For our siasat‘(politics)  to move forward, we need to change our ‘Babas’.

In the words of Donald Trump, bad experience is no experience and should be looked down upon. Like the Sharifs the Chaudhrys have outlived their utility and have become a national burden to be dealt with. While their empires have grown the country has been sunk into debt.

A fresh start has to be made. In his later years, the legendary writer Ashfaq Ahmed went looking for ‘Real Babas’. He did share some of his search experiences but did not leave behind any guide to find them and then revere them. While we honour all the other ‘Babas’ who served the nation. we reject those who continue to exploit us with their third-generation induction into the federal cabinet.

A new term should be used for such Babas resembling the ‘Amil Baba’ who operated on Ferozepur Road at Shama Chowk. They should be called;  Baba-e-Siasi Talism ( Father of Political Spells). After the death of the ‘ Bengali Baba’, his centre, ‘Talisim Kada’, was shut down as he had no heir apparent for his evil work. but the ‘Siasi Talisim Kada’ of the Chaudrys on Zahoor Elahi Road remains alive and vibrant through a well-defined succession plan for their political spells to continue.