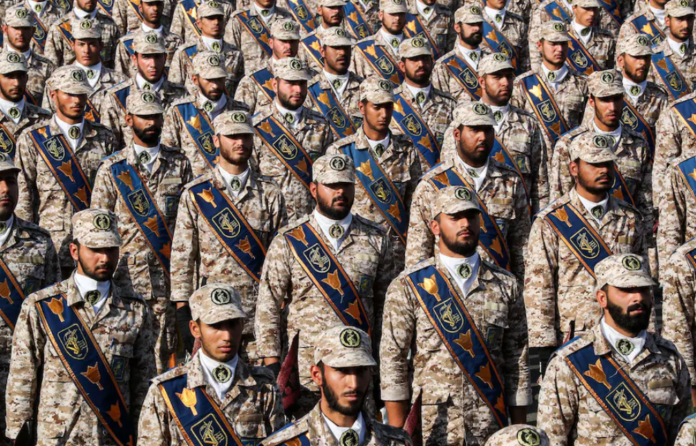 15 August 2021 is when the Afghan Taliban drove into Kabul after Afghan President Ashraf Ghani fled the country despite the agreement between the two parties. This put an end to a 20-year-long war that resulted in the deaths of thousands of Afghans.

This came weeks after Afghan National Army’s surrender across Afghanistan followed by a total collapse in Kabul even before the US withdrawal. This was one of the few occasions where the world witnessed a whole country collapsing within just weeks, with insurgents driving into the capital as new heads of the town. This end game didn’t end up well for many as no one was expecting the Taliban’s complete takeover of the country.

One of those countries was Iran, which initially welcomed the move by resuming trade with Afghanistan via Herat port, but this changed after the Panjshir offense. The division within the Tehran power corridors on Afghan policy, especially regarding the deployment of the Fatimeyoun brigade, was quite visible in different Iranian media and political segments. The Fatimeyoun brigade, comprising Afghan Hazara, is an Iranian-backed paramilitary force that served as an Iranian Revolutionary Guards Corps extension in Iraq and Syria. During the US invasion of Afghanistan and Iraq, Iran covertly facilitated US forces which helped Iran in expanding influence in both countries.

The aggressive anti-Pakistan rhetoric is just the manifestation of that tension in Tehran, as Tehran believes that Islamabad will fill the vacuum after the US withdrawal. In these changing dynamics, Iran would be pushed either to go for a policy shift or opt for the role of spoiler in the region.  But only time would determine the future of Iran’s Afghan policy and role in the region

Over the years Iran successfully used these paramilitary forces to maximize political and military influence in the region. After ISIS’s defeat, many of these Fatimeyoun fighters came back to Afghanistan. In recent years Iran tried to replicate the Syrian and Iraqi model in Afghanistan for which on many occasions Iranian Foreign Minister Jawad Zarif pitched a proposal to the Afghan government for using this brigade as a support arm of the Afghan National Defense Forces (ANDF) in a fight against Taliban and IS-Khorasan.

During the Raisina conference held in Delhi, India, Zarif said “The Islamic emirate in Afghanistan is an existential threat to Pakistan and a national security threat to Iran and India.” This application of the Iranian Middle Eastern model would have helped Tehran in translating military influence via proxy into political influence, particularly in the overall governing setup. But due to different dynamics and the rapid collapse of the Afghan state structure, it didn’t work out.

In June Fatemiyoun brigade released a detailed nine-Page statement denying involvement in Afghanistan after reports of its fighters’ participation in operations against the Taliban surfaced.  But after the Taliban takeover of Kabul, Panjshir was the last hope for many in Tehran who advocated for this time. Iranian media raised its rhetoric against Pakistan, with Iranian state media quoting a CENTCOM report about the alleged involvement of Pakistan in Panjshir while Zarif stated that Tehran was investigating the foreign involvement in Panjshir and the rest of Afghanistan.

On 7, September 2021, in a briefing to the Parliamentary National Security Committee in closed-door session on Afghanistan, Quds Force chief Esmail Ghaani said that “The USA wants to start a civil war in Afghanistan on sectarian grounds.” He said even though the Fatemiyoun Brigade is an integral part of the Axis of resistance, Afghanistan needs to solve the issue politically. During the meeting, many MPs criticized Pakistan while some criticized Panjshir-based Northern Alliance leader Ahmad Massoud for asking the USA and France for help.

Former Iranian President Ahmadinejad also rode the bandwagon, criticizing Pakistan for allegedly supporting the Taliban in Afghanistan without providing any evidence about the alleged involvement.  But why the outrage reached the top level was because of multiple factors. Many from the far-right in Iranian power corridors for years viewed US withdrawal as a good opportunity for the IRGC to covertly conquer another country and expand the so-called “Axis of resistance”. But this is now no longer possible. Another aspect is the formation of a Sunni theocracy in the backyard of Iran which would serve as a major obstacle in Iranian plans to reach out in the different regions by exploiting the sectarian fault lines.

Moreover, Esmail Ghaani current head of the IRGC, under the late IRGC head Qasem Solemani, served as deputy commander and also served in the intelligence and Joint operations. Ghanni was managing operations, including recruitment and training of fighters from Afghanistan and Pakistan under the umbrella of Fatemiyoun and Zainabiyoun brigade. This means the biggest concern for Iran would be the future of IRGC operations as the Taliban takeover undermined Iranian influence not only in Afghanistan but also in the region.

After Azerbaijan’s victory in the Nagano Karabakh, Tehran was already feeling sidelined but the collapse in Afghanistan has further rolled back Iranian ambitions in the region. The aggressive anti-Pakistan rhetoric is just the manifestation of that tension in Tehran, as Tehran believes that Islamabad will fill the vacuum after the US withdrawal. In these changing dynamics, Iran would be pushed either to go for a policy shift or opt for the role of spoiler in the region.  But only time would determine the future of Iran’s Afghan policy and role in the region.