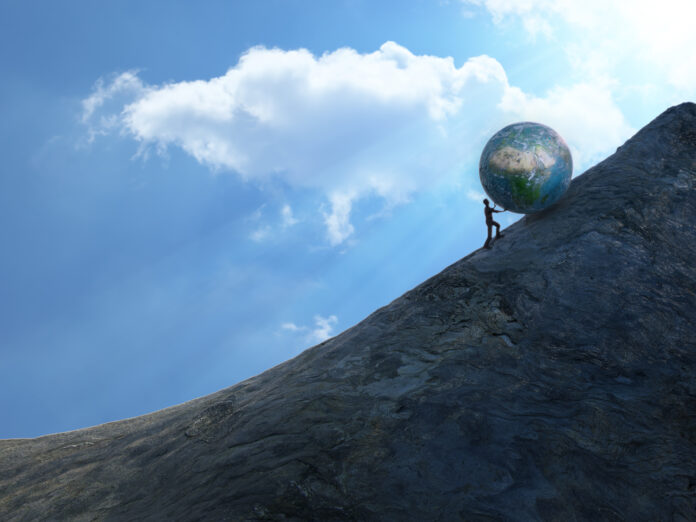 “The secret of change is to focus all of your energy not on fighting the old, but on building the new.”

US Deputy Secretary of State Wendy Sherman was in Islamabad on a two-day visit. It is understood that she came to discuss the bilateral relations and the evolving situation in Afghanistan. During her stay in town, she had talks with the NSA and the Foreign Minister. She also called on the Chief of Army Staff. A meeting with the Prime Minister did not materialise.

The Foreign Office spokesperson welcomed the visit by saying that “close and regular engagement between Pakistan and the United States has always been mutually beneficial and effective for the stability of South-Asia”. He went on to say that “there is a desire on the part of Pakistan, and I believe on the part of the USA as well, to make this relationship broad-based and forward-looking, moving away from viewing it mostly from the perspective of Afghanistan”.

Since we have moved on from nurturing a transactional relationship of the kind that the two countries had in the past, there is a need to re-evaluate their respective expectations from each other. These relations, if at all, will have to be based on credible and sustainable sharing of objectives, and not just transitory needs which may occur from time to time. In fact, the restoration of relations may have gone past the stage of re-evaluation. They may have to be reinvented anew. This is an uphill task. But, then, that is where the two countries are parked right now

It is believed that there is a predominant perception in the USA that Pakistan is responsible for its hasty exit from Afghanistan. At a different level, it is also accused of having played a duplicitous role which precipitated the crisis for the USA, ultimately forcing it to bring its longest-ever foreign war to an end. This sentiment is broadly reflected in the legislation moved by some Republican senators calling for sanctioning Pakistan (I discussed this in elaborate detail in my last column published in this paper on Sunday, October 3). While it is being hoped that the sentiments contained in the resolution do not reflect the official position of the US government, yet they are a matter of concern for Pakistan. These are also “inconsistent with the reality of the ongoing cooperation between Pakistan and the US on Afghanistan”, as was further stated by the Foreign office spokesperson.

While Pakistan is nurturing hopes of improved relations with the USA, the statement made by Wendy Sherman on way to Pakistan at the conclusion of her visit to India was rather disconcerting. As reported, she said that her trip to Pakistan is only for a “specific and narrow purpose” (read Afghanistan). She went on to state that “we don’t see ourselves building our broad relationship with Pakistan and we have no interest in returning to the days of a hyphenated India, Pakistan. That’s not where we are, that’s not where we are going to be”.

While all these statements will carry some bearing, the relations between the two non-NATO allies are far more complicated than can be gauged from them. Yes, it is a reality that Pakistan is eager to expand the bilateral engagement for multiple reasons, one being the prospect of a humanitarian crisis brewing in Afghanistan. But it must also be understood that the sentiment has to be reciprocated before any tangible progress could be expected. It is here that a lack of mutual trust appears to be holding back any real forward momentum in this regard.

From the US perspective, the possibility of an improved bilateral equation appears to be linked with Pakistan’s relations with China, which is where the real problem is embanked. While Pakistan’s relations with the USA have always remained rather turbulent, its engagement with China is rooted in shared perspectives and goals which have continued to be cemented further during the past years, as they do even now. The two countries are also linked as partners in CPEC which is the economic lifeline of Pakistan, facilitating its connectivity with other regional countries and with the rest of the world. These relations have never been derailed in a way the US-Pakistan relations have often been. It is understood that the USA has strong reservations about the strategic nature of these relations with China and there is a desire that Pakistan should take steps to contain them as also the scope of the CPEC.

Pakistan’s relations with the USA do not compare with its relations with China which are based on mutuality of interests and objectives. There is no coercion, no unnecessary entanglement, and no pressure to take things one way or the other. Decisions are taken based on the shared needs by the two strategic partners and there is hardly a cause for any divergence of understanding. Such has never been the case between the USA and Pakistan. By and large, these relations have always remained shaky on one account or the other so much so that, on many occasions, Pakistan had to suffer the terrible consequences of sanctions which were imposed with the predominant intent of punishing it for nurturing views which were not shared by the USA. This, one believes, should never be a constituent of relations among friendly countries. In order to move forward on the bilateral front, it is imperative that the US-Pakistan relations are delinked from the US approach towards China and the undesirable pressure that is often exerted on Pakistan in this regard. Unless that happens, the bilateral equation is likely to remain turbulent.

Pakistan also feels that the USA has shown little sensitivity and understanding of the role that India has played, as indeed it continues to play, in destabilising it, be it through direct efforts across the international frontier and the Line of Control, or through its terrorist agents based in Afghanistan, particularly during the tenures of the so-called democratic regimes stretching from 2002 to 2021. The sensitivity also extends to a lack of US interest in exerting pressure on India to stop grievous human rights violations in Indian-Occupied Kashmir and engage constructively with Pakistan to find a permanent resolution of the simmering crisis. The disputed territory has remained virtually locked down since the unilateral abrogation of Articles 370 and 35A that granted it special status under the Indian Constitution. That has since been annulled.

Instead, the USA has moved on to establishing a multifaceted strategic partnership with India, which was also echoed by Wendy Sherman during her most recent visit there. This constitutes an integral component of its overarching ‘contain China’ policy. It has often given an indication that Pakistan should play a subservient role to the Indian domination of the region. This is an imponderable prospect for Pakistan’s policy-makers. Considering India’s historical belligerent role as a neighbour, Pakistan has sought strategic parity to secure its interests and objectives and, oftentimes, its existence as a sovereign and independent country. Given the fascist Hindutva policies that Prime Minister Modi’s government have unleashed over India, there is little likelihood of any change occurring in its approach towards Pakistan and the region. As a matter of fact, it is likely to get even more caustic and inimical in the days to come.

There is also a concern regarding the susceptibility of international organisations to the US pressure in matters of economic support to Pakistan and other countries which do not agree with its larger worldview. That is why a predominantly negative perception has evolved here about the USA which is further damaging the prospect of improving mutual relations.

In the past, US-Pakistan relations have been usually transactional based on the latter’s utility concerning a specific matter, like the fight against the Soviets or, later, the War on Terror. The relations would show a level of improvement, but this would be confined only to the duration of the project that was at hand. As soon as Pakistan was no longer needed as a partner, the relations would plunge, at times even resulting in imposition of sanctions which would be extremely detrimental to its cause.

Since we have moved on from nurturing a transactional relationship of the kind that the two countries had in the past, there is a need to re-evaluate their respective expectations from each other. These relations, if at all, will have to be based on credible and sustainable sharing of objectives, and not just transitory needs which may occur from time to time. In fact, the restoration of relations may have gone past the stage of re-evaluation. They may have to be reinvented anew. This is an uphill task. But, then, that is where the two countries are parked right now.