The Battle of Tongue not Tanks 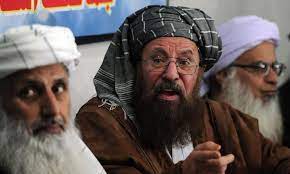 Let us never negotiate out of fear, but let us never fear to negotiate. John F Kennedy. State conciliation with Tehrik-i-Taliban Pakistan (TTP), the debarred umbrella group of the Pakistani Taliban has opened a new Pandoras box on national and international fronts.  Although it is not the first time that the state and anti state factors are heading to negotiation. TTP had offered negotiation 8 years back. The two APCS had also been conducted by ANP and JUI in this regard.  Both the APCs supported negotiation with TTP but TTP nullified the first and accepted the second. The lack of reconciliation strategies by Political parties and reluctance of establishment pushed it to the cold corner. Mr. Khan’s rhetoric of negotiation with Taliban instead of war has proved logical and practicable. It is sane to negotiate and merge anti state factors to national streamline instead of continued confrontation with them. Dialogue is the best way forward to solve problems and avoid unwanted wars. Mr. Khan has been considered pro-Taliban as he had been a staunch supporter of negotiation regarding the Afghan issue. Major peace agreements in the past include: the Shakai Agreement in 2004, Sararogha Agreement in 2005, Miranshah Agreement in 2006 and Swat Peace Agreement in 2009.

All the agreements were straightforwardly parleyed by forces excluding Swat peace agreement of 2009 which was parleyed by the ANP through Maulana Sufi Muhammad. During the past peace accords, the state was on the loose end but now the situation is paradoxical.  The past peace accords had been favoring TTP as they became more powerful after every accord. The government remained inefficient to disarm tribal regions from TTP. Previously, the TTP had two primary demands namely the implementation of Sharia Law and withdrawal from the US led war in Afghanistan. In the past TTP had been nominating certain parties and political heads as guarantors. Now the Taliban chair Kabul and the situation is quite different from the past. Surely, the TTP will jump to an out of the box option in negotiations with the government. Their fundamental demands seem to be release of their captured leadership. Earlier the TTP had been using dialogues as a delay tactic to regroup and reorganize and avoid military operations against them. The Military operation put an end to the TTP. TTP is not a united group, it is divided into several factions. We have to proceed with reconciliation with all factions collectively or term them to get responsibility for the rest of factions otherwise it will be insane for national interests. What will be the fate of thousands of sacrifices offered by civilians, personnel and officials?  Secondly it will convey the message to other insurgent groups about the power of TTP and they might come under TTP umbrella which may create problems for the state in the future. It will also encourage TTP sympathizers in the country.

The other banned organizations may follow suit for concession and under this pretext they will regroup and reorganize. The hope of disarming TTP apparently seems futile as they have murdered several tribal heads during their hold and the tribal tradition of revenge and avenge might not allow them to disarm themselves under any amnesty by the state. Ibni Amin, the TTP Swat Chapter top operational commander refused to disarm for the above reason after the 2009 peace agreement. The negotiation with TTP may strengthen Pakistani grip on the Afghan issue but its consequences are drastic. We had failed in the past via negotiation with these anti state factors and resultantly, the military operation eliminated them.   TTP has been explicitly skirmishing Pakistan and now two active members of TTP, residing in western Afghanistan are considered to be the torch bearers of this negotiation. Earlier the reconciliation was initiated through the Haqqani Network in 2020.  TTP has also forwarded a list of 10 members for their representation and they have offered to put an end to their war against Pakistan in return they have demanded the release of their captives and retreat from certain tribal areas and pledging to safeguard the border. They surely have demanded implementation of Sharia Law in the vacated region.

Their fundamental demands seem to be release of their captured leadership. Earlier the TTP had been using dialogues as a delay tactic to regroup and reorganize and avoid military operations against them. The Military operation put an end to the TTP.

Back in 2009 Islamabad had permitted implementation of Shariah in some areas which was uprooted by violence later on. Islamabad would surely demand compensation for the martyred, injured, the disarming of TTP as well as handing over weapons to Pakistan and possibly the expenditures of the dialogue expedition. The demand for united groups will be sensible rather than reconciliation with splinter groups. The negotiation might be a tactic of current TTP leadership to reunify the split factions. Third party arbitration cannot be out of question as the United Nations report and defense minister Pakistan have pointed out about high level negotiation.  The Pakistani populace is divided on the issue, some favoring and some defying recompilation with the TTP. The opposition is also very critical of the jerky bursts of negotiation.  If the government negotiates from the upper rim, the reconciliation can be ominous, that it will prove a muddle of chaos. The rhetoric of opposition seems insane as they have been favoring negotiation with other anti state factions like Balochistan insurgents triggered by India and now the opposition is tarnishing the government regarding negotiation with TTP calling it an NRO. Islamabad has to go a long way to embark on the negotiation with TTP.  The negotiation is initiated by TTP from inside Afghanistan. Mr. Khan, being a staunch supporter of solution through dialogues has never been favoring the military solution both for Pakistani and Afghan issue. The opposition is showing its concerns over sidelining parliament on this matter.  Both the sides are waiting to see how the cat jumps. Surely the formula of give and take will be effective and by keeping in mind the past experience of dialogues with TTP it might not lead to regrouping, reunification and eruption of violence in the country.

Prof. Abdul Shakoor Shah
The Writer is Prof. in English and Freelance Columnist based in Lahore. He can be reached at [email protected]