Now that the war is over

A sinister plan to ignite strife and violence 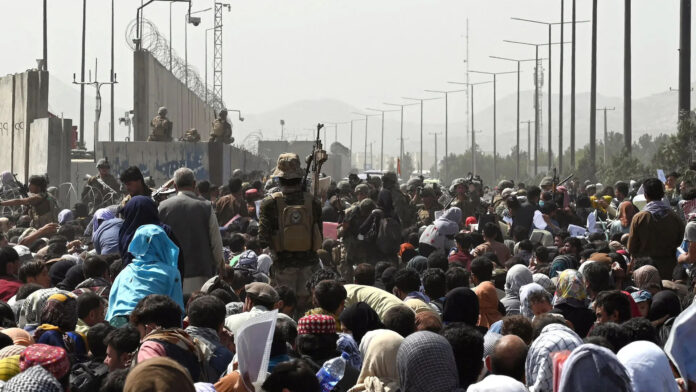 “At the outset, the US invasion of Afghanistan had a clear, stated objective: to retaliate against al-Qaeda and prevent a repeat of September 11 attacks. But, as war dragged on, the goals and mission kept changing and a lack of faith in the US strategy took root inside the Pentagon, the White House and the State Department. Fundamental disagreements went unresolved. Some US officials wanted to use the war to turn Afghanistan into a democracy. Others wanted to transform Afghan culture and elevate women’s rights. Still others wanted to reshape the regional balance of power among Pakistan, India, Iran and Russia. With the AfPak strategy, there was a present under the Christmas tree for everyone. By the time you were finished, you had so many priorities and aspirations, it was like no strategy at all.”

An excerpt from the SIGAR Papers

Some countries, most notably the USA, are quite disturbed about the way events have unfolded in Afghanistan and the speed at which all this has happened. They still seem to be caught up in a state of shock and cries for revenge are getting louder.

The bill for “imposition of sanctions with respect to Taliban and persons assisting the Taliban in Afghanistan, and for other purposes”, moved by a group of Republican senators, is reflective of some of the issues which are difficult to digest by the losing side in a war they thought they had won a long time ago. But, as things continued to unfold, the realisation began to sink in that they, too, were following in the footsteps of their predecessors who had tried their best to overawe the Afghans only to end up on the losing side. There were lessons both in the distant history and in the recent times to learn from. But, intoxicated in the might of their arsenal and their grandiose planning, the Americans did not, even for a moment, consider the option of a loss. The original operation to liquidate al-Qaeda gradually and disastrously turned into a mega-operation to transform Afghanistan into a country distinctly different and opposed to what it has been through centuries– a legacy the Afghans cherish passionately.

The future of this region lies in peace, connectivity and a coordinated effort to move forward by all countries together. Even a hint of strife will be exploited by powers which are not interested in facilitating the regional countries to reap dividends of a rare opportunity which has come their way. As for the Americans: if they are genuinely interested in knowing what went wrong in Afghanistan, they need not go beyond the SIGAR papers. They will find all the answers there, neatly lined up. Looking outward is an attempt to find scapegoats for their own failures

Apparently, and among others, the proposed bill has three specific objectives:

It would be premature to comment on the outcome of this initiative as it is a partisan bill moved exclusively by the Republicans. But, this bitterness is not confined to the Republicans alone. The Democrats are equally disturbed as has been amply demonstrated by the recent hearings in the Senate and the House of Representatives. So, it may not be far-fetched to say that this bill may become a bipartisan act to avenge the humiliation of a defeat in Afghanistan. There has already been much speculation about what the Americans would do to settle scores with those who worked against their interests in the region, Pakistan being one such country.

The narrative of this argument about ‘defeat’ is excessively faulty. The US withdrawal from Afghanistan is owed to a voluntary deal it signed with the Taliban in February 2020 which also included the timeline to leave the country. Yes, the war had dragged on for years without a victory in sight, but this can be attributed, as conceded in the SIGAR papers, to an absence of strategy rather than the support that they did not get from other countries, or the support that the Taliban may have ‘received’. The same SIGAR papers contain further evidence of why the mission in Afghanistan could not achieve the results that it had been originally launched for.

But this tendency to punish others for faults which can be traced to the USA’s own conduct is dangerous. It is not the first time it appears to be happening. It has been a systematic and a favourite indulgence of the past as well. On numerous occasions, Pakistan has ended up at the receiving end of such dispensation which, over time, has contributed immensely to a loss of faith in its friendship with the USA which has been, at best, of a transactional nature, never founded in lasting values and objectives.

One should also keep an eye on the larger game plan. An effort seems to be afoot to create divisions among the regional countries which have been deliberating ways and mechanisms to pursue a collective approach with regard to dealing with the Taliban government. This has included exerting pressure on them to ensure human rights and formulation of an inclusive government with representation from all ethnic groups and stakeholders. Such a combined regional approach was not envisioned by the USA and its allies. They thought that differences would keep these countries apart. But, much to their surprise, when things seemed to be moving smoothly in that direction, a plot has been hatched to disrupt the unity so as to give the USA and its allies an opportunity to deal with these countries individually to drive its plan home.

With China, Russia, Pakistan, Iran and Central Asian countries fully on board, a unified approach seems to be the likeliest thing to happen. There is uninterrupted engagement with the Taliban government and they are being urged to come good on their promises which they have made in the past and which constitute an essential prerequisite to proceed with establishing diplomatic relations with their government. It must also be noted that, although formal relations have not been established with the new government in Kabul, it has also not been abandoned. The approach is to continue working with the Taliban in an effort to urge them to take necessary steps towards accomplishing the coveted objectives.

The Americans are extremely eager to create division among the regional ranks to advance their ‘contain China’ policy. They already have India in their basket. What they desire is to create ground for continued violence in this part of the world so that there is no cohesive and coordinated strategy linking the countries of the region in a closely-knit economic network to advance the cause of their development. The prospect of China fast emerging as a viable challenge to the US supremacy is anathema to its policy-makers and they would do every bit to sabotage the seemingly inevitable prospect.

Under the circumstances, the regional countries should accelerate their efforts further to facilitate recognition of the new government in Afghanistan. Any undue delay will cause ripples which may be exploited by the USA and its allies. Such a situation will not be conducive to the cause of forging peace in the region and around it as well as making full use of the economic opportunities which will accrue as a consequence of this development.

The future of this region lies in peace, connectivity and a coordinated effort to move forward by all countries together. Even a hint of strife will be exploited by powers which are not interested in facilitating the regional countries to reap dividends of a rare opportunity which has come their way. As for the Americans: if they are genuinely interested in knowing what went wrong in Afghanistan, they need not go beyond the SIGAR papers. They will find all the answers there, neatly lined up. Looking outward is an attempt to find scapegoats for their own failures.

Balochistan CM Jam Kamal steps down from his post

ISLAMABAD: President of Pakistan Muslim League-Nawaz (PML-N) and leader of the Opposition in the National Assembly Shahbaz Sharif on Sunday had a telephonic conversation...
Read more
HEADLINES

KARACHI: Federal Minister for Information Technology (IT) and Telecom Syed Amin-Ul-Haq said that the establishment of the Animation Center of Excellence was essential as...
Read more
HEADLINES

KARACHI: The New Zealand Cricket (NZC) has confirmed that they are having a discussion with the Pakistan Cricket Board (PCB) to reschedule the ODI,...
Read more