Army preparedness at its highest and finest 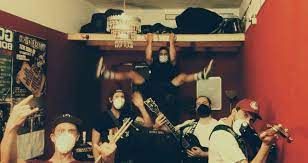 There was a time when some literary circles debated whether literature could be categorized on the basis of geographical boundaries and if so, then how would a piece of literature possibly qualify as Pakistani literature. The best answer came as any piece of writing which irritates India (or for that matter enemies of Pakistan) would be categorized as Pakistani literature. The definition is not limited to literature; rather covers all other entities, physical as well as conceptual, equally well. At the time of heightened tension, we start hearing words like Pakistani sugar, Pakistani artists, Pakistani music with added disdain from across the border. Even the pigeons crossing over to India from Pakistani side are examined under microscopes to determine their Pakistani credentials.

Amongst all the entities which irritate India or for that matter, enemies of Pakistan, Pak Army (read Pak armed forces) and ISI rank at the top, regardless of the nature of relations between the two states. No wonder that both are proportionately considered as the truly strongest symbols of Pakistan on this side of the border. The more one criticizes Pakistan army for its perceived role in civilian affairs or tries to ridicule ISI through terminologies like deep state, sacred cows, khalai makhlooq or agriculture department, the stronger is peoples’ pride and faith in their Pakistani credentials. This emotional relationship needs to be understood and acknowledged while dealing with these two institutions. And it is not peculiar to Pakistanis only. Nations have faith and pride in their armies simply because they have a stark choice between their own army or the other’s army. Iraq, Libya and Syria have in the recent past made their choices. And the results are so pronounced and visible.

Pakistan, with a history of not-so enviable civil-military relationships, was chosen as the next ground for experimentation aimed at weakening its credible defence infrastructure. It was entangled in a prolonged war against terrorism, which was both home-grown as well as exported from across the borders. The home-grown too, had its support systems and life lines spread beyond its borders. And it was out of genuine apprehensions of our enemies after having witnessed our capabilities and role in Afghan jihad and subsequent war against terrorism. During Afghan jihad, we were told that Russians could gate crash Torkham any time to reach the warm waters of Indian ocean. Similarly, during the war against terrorism, the blood thirsty Taliban were reported to be awaiting orders on the other side of Margalla hills to take over Islamabad. But to the utter disappointment of our detractors, that did not happen. General Zia at the very beginning of Russian adventures had told BBC that they would not receive kisses in case they dared cross over to this side. Rather they would be treated as the foreign troops deserve to be treated on alien lands.

Pakistan, like any other country, has its own share of internal fault lines due to misconceived ambitions of individuals, misplaced priorities of our elite groups, mistrust between institutions and betrayal of people’s confidence and oath of office and above all an irresistible tendency to encroach upon, verbally or physically, areas which necessarily belong to others.

And this has been the declared and demonstrated policy of Pak armed forces and its intelligence agencies regarding treatment of uninvited guests on our soil. Commander Kulbhushan Jadhav and Wing Commander Abhinandan Varthaman are two prominent witnesses of this policy. Hence, these enemies of Pakistan keep planning engagements for our defenders either directly through their intelligence apparatus or indirectly exploiting our internal fault lines.

Pakistan, like any other country, has its own share of internal fault lines due to misconceived ambitions of individuals, misplaced priorities of our elite groups, mistrust between institutions and betrayal of people’s confidence and oath of office and above all an irresistible tendency to encroach upon, verbally or physically, areas which necessarily belong to others.

In the recent past, some statements at PDM gatherings, politics of dharna, tirade of allegations during and after every election, the mockery of law at the hands of the lawyers, selective justice and accountability, all point towards one or the other fault line.

Those allergic to everything Pakistani, exploit these fault lines to target our state institutions. However, it is very heartening to see that the state institutions, instead of retaliating in every case, have developed an appreciable level of tolerance. Their response in some cases was far more mature than the civilian institutions. Every individual and organization need to understand that belligerent posturing does not add to their prestige or stature; patient hearing and possible accommodation of dissenting voices necessarily does. When the state institutions absorb criticism graciously and magnanimously, even the worst critics soften up. We have recently witnessed how auto correction mode was initiated in the political culture forcing the hardliners to change their stance in the subsequent statements. The political workers and party stalwarts themselves have started questioning the narrative of their erstwhile masters.

Nothing could be more pleasing for ordinary Pakistanis than to see that the fault lines within different stakeholders are being managed internally with a sense of responsibility and self-accountability. However, our enemies certainly find it harder to absorb. The EU Disinfo Lab has recently exposed some of the RAW deeds and deals aimed at damaging Pakistan’s image abroad. The badly humiliated enemy in utter frustration would be contemplating more and more deals to engage our forces and agencies internally as well as externally. Whether we call it 5th generation, hybrid or non-kinetic war, the fact remains that Pakistan and all symbols representing Pakistan are constantly in the line of fire. Our enemies are pooling together all available resources to ensure that we remain confused and divided about our national interests, and skeptical about the capacity of our institutions to safeguard those interests. If we remain steadfast in our support to our institutions, encouraging auto correction and discouraging encroachment upon each other’s territory, ours will be remembered as a truly Pakistani response!