The easiest way to mislead oneself

Or how not to reason 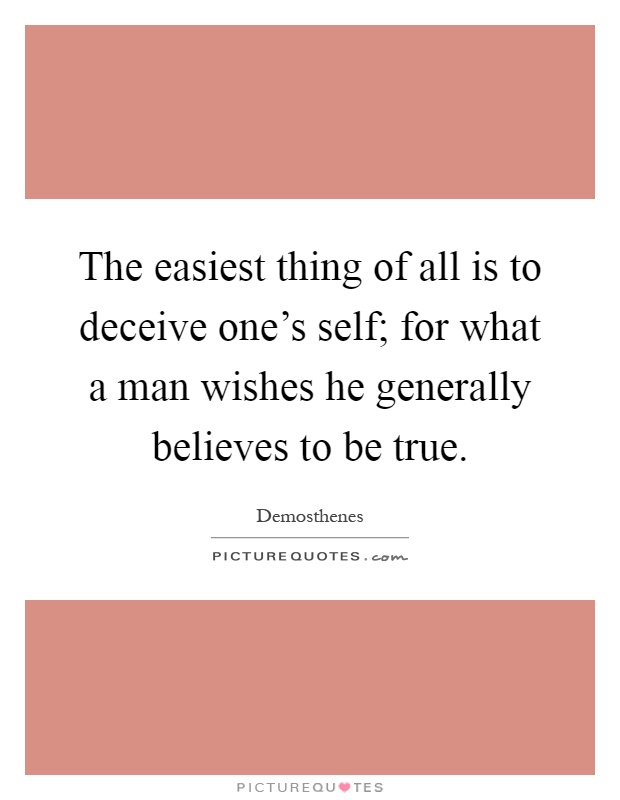 Having done a lot of debating on and off internet forums for twenty-five years now, I have a fair idea about the various ways people tend to mislead themselves and others, sometimes by design and sometimes unconsciously. One of these ways is to cite the most foolish argument from the ‘other’ side – one can always find such arguments – followed by asserting how that is beneath the consideration of any sensible person. This is very gratifying for the ego, for it is always reassuring to be periodically reminded that one is in the right (again). But the reassurance is misleading because short of countering the best argument from the most intelligent representatives of the other side, one neither validates one’s own position nor demonstrates the weakness of its antithesis. Only by rebutting the best arguments from one’s opponents can one hope to make any real progress.

Unfortunately, way too many people resort to scoring cheap points instead. This is especially the case when it comes to debates on religion. It is usually done by ignoring intelligent arguments and focusing only on those that can easily be shown to be faulty. Even those discussions that start on a reasonable footing too often tend to lose their way sooner or later. A typical debate of this sort proceeds somewhat as follows: It starts with somebody questioning the wisdom behind (say) a Quranic verse. One responds to the objection, to which there are further objections, and so on. So far so good, because the discussion revolves around the contents of the Quran, whose authority every Muslim recognizes and acknowledges. Suddenly, if the objector feels that things are going off-script – that is, the desired result is unlikely to ensue – he suddenly switches track and comes up with this argument: ‘But the Muslims/Mullahs say that [insert something particularly silly here].’ Which is usually true because some Muslims conceivably say (and do) such things and worse. The question though is, has that got anything to do with Islam. Also, of what value is such a ‘victory’ in debate?

The above is just an example. Muslims by no means constitute the only demographic that finds itself on the receiving end of this tactic. Members of all groups (which include the various brands of theists) are equally guilty of nit-picking exceedingly silly arguments from their opponents, blasting them to smithereens, and feeling smug on a job well done. What is more, you are certain to find all sorts of people that make up the numbers of any group you can think of, equipped with arguments ranging from the sublime to the ridiculous, with everything in between. This is what makes the life of the nit-pickers so easy.

Members of all groups (which include the various brands of theists) are equally guilty of nit-picking exceedingly silly arguments from their opponents, blasting them to smithereens, and feeling smug on a job well done.

The flawed reasoning behind this sort of attitude is the deliberate or unconscious lumping together of all people holding a particular opinion. For instance, consider a man who has his reasons to believe in the One God. He is supposed to give an account of his belief; that is, he must be able to respond to any objections on his position. However, he is in no way supposed to justify the broad range of arguments put forward by everybody claiming to be a monotheist. He does not hold anybody’s brief but his own.

Therefore, when a cleric opines that the increase in the occurrence of earthquakes can be explained by the prevalence of abortions, it is only a wastage of time on the part of the so-called pro-choice folks to dignify the ‘argument’ by quoting it, even if it is only for the purpose of attacking it. That is so because intelligent people on either side (whatever their views on the issue) know better.

If you want to condemn Marxism, by all means do so; but make sure you object to the doctrines of Marx and Engels, and not some keyboard warrior’s arguments, who has no clue what Marxism stands for. If you want to invalidate relativity, refute its recognized sources, not what some science enthusiast on the internet may have to say on the subject. If you want to find fault with Islam, attack its sources rather than what some mullah preaches in some obscure mosque in a village.

Relying on a creed’s best and most reliable sources, for acceptance as well as refutation, is a principle that holds equally for intra-faith discussions. There is no dearth of such discussions between the different schools of thought among the Muslims, most of which leave a great deal to be desired. Therefore, if a Salafi wants to criticise Sufism, it is not good enough for him to attack the teachings of some Sufi practitioner named Kaku Shah or Rodday Shah managing some shrine, although the temptation to do so could be considerable. To criticize Sufism, he must make it a point to consider nothing but the best Sufi sources – leaders whom the rest of the Sufi community recognizes as such, and which therefore owns their arguments: Imam Ghazali, Ibn Arabi, or Shah Waliullah, for example. If he wants to make any real progress, that is.