Who really won in AJK and Sialkot 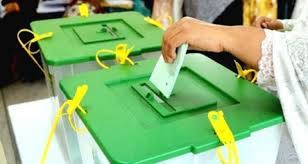 The PML(N) may find itself reeling under the losses inflicted upon it by the PTI in the Azad Kashmir elections and then the Sialkot by-election, but it might take comfort in the fact that the elections do not mark a PTI upsurge, so much as return to normal.

The PML(N) might look back to the PDM’s success in getting former Prime Minister Yusuf Reza Gilani elected to the Senate from Islamabad. That was a reversal of the normal course of events. The government was supposed to win. That it did not, reflected a failure in management. Of course, there are wheels within wheels. Yousaf Reza won because of the sudden switch of BAP votes in his favour. The BAP marches to the beat of its own drum, so to speak. Thus its vote switch marks not so much a failure of management, as some devious mind game. It is noticeable that the ‘same-page’ rhetoric of the PTI government has been dialed down.

Be that as it may, the re-election of Aslam Sanjrani as Senate Chairman showed that normal service had resumed. It was thus perhaps too much to expect the AJK elections to have any result other than what they had. This was particularly the case where the Indian government had changed the status of the portion of Kashmir it occupies.  However, the election in AJK was not really a fair estimate of how public opinion there has reacted, but fell into the tradition of the party in Islamabad forming the government.

The AJK government has two functions: it acts as a provincial government for AJK, and it also works towards the fulfillment of the UN resolutions, which call for a plebiscite of the whole of the state to determine the will of the Kashmiri people. Because of the latter function, it has been assumed that the AJK government and the federal government should be on ‘the same page’. The government in Islamabad required a government in AJK of the same stripe.

It is ignored that India has not followed this policy, leading the government to be formed according to the local politics of the region. It is worth noting that all the parties participating in Indian Occupied Kashmir are ready to ally with the Indian government, while the parties calling for a plebiscite (grouped in the All-Parties Hurriyet Conference) have always boycotted elections. This has led to a particular type of puppet politician domination of the Indian-Occupied Kashmir politician by a particular type of puppet.

The assumption that AJK requires a government of the same stripe as Islamabad has been disproven because of the difference between the AJK and Pakistan elections. Ever since 1985, when elections were held in both Pakistan and AJK, while Pakistan has experienced early elections, the AJK Legislative Assembly has always completed its full term, with the result that there is now a slippage. It has not helped that AJK continued to have elections in the Musharraf years, while Pakistan did not. That has meant that all Islamabad governments have spent some time in ‘cohabitation’ with an AJK government of a political party which opposes it.

One result of the two elections has been to generate an almost anxious debate within the PML(N). After all, it has been the gig loser: it has lost power in AJK, and lost a provincial seat. The establishment has shown that it still matters to anyone who wants to win.

The recent election provided an appropriate example. The AJK government was formed by the PML(N). The PML(N) had been elected in 2016, when the PML(N) ruled in Islamabad. Therefore, from August 2018, till date, the PTI rule in the centre, and had to tolerate the PML(N) in AJK. Imran Khan’s 2018 UNGA speech, in which the PTI insists he raised the issue of Kashmir for the first time, was made with the PML(N) in office in Muzaffarabad. The PML(N) government also absorbed Imran’s announcement that henceforth he was the ambassador for Kashmir.

His announcement that a plebiscite would be followed by a referendum on whether Kashmir would accede to Pakistan, or obtain independence, which came in his final campaign rally, was also technically under the PML(N) government, for in AJK, there is no caretaker government, but the sitting government also conducts the election.

Federal government interference is through the Kashmir Affairs Ministry, in this case headed by Ali Amin Gandapur, whose tireless efforts in favour of the PTI extended to using strong language against both PPP and PML(N). His defying he AJK Election Commission order banning him from the campaign showed that he AJKEC was not all that strong, and thus that elections there could be swayed.

In the same way, the sitting provincial governments conduct by-elections. The ECP asserted itself at the Daska by-election on a national seat. Another seat in the same district of Sialkot was up for grabs, but this time, the government won. By reversing the general election result, the only thing proved was that the system had restored itself.

There are two factors which must be taken into consideration. First, this is a seat close to AJK. Even if the AJK result had been managed, there would still be a spillover in areas close by. Second, the previous holder of the seat, Ch Khush Akhtar Subhani, who was a former minister, had a history which indicated that the establishment could take care of him if it wished. His father Akhtr Ali Vario was first elected in 1985, and after serving in the Nawaz Sharif Cabinet, joined whichever part was flavour-of-the-month, moving from the IJI to the PML(J) and then the PML(Q). Since 2013, the Varios had been in the PML(N). While Ch Akhtar Ali, who passed away in 2008, was never in the Opposition, Ch Khush Akhtar went into opposition in 2018, having won a provincial seat.

The PTI is unfairly presented as an establishment party. The PML(N) history of being anti-establishment is quite recent. Though Mian Nawaz Sharif’s Mein dictation nahin loonga (I won’t take any dictation) speech goes back to 1993, it was not until the last election that he insisted vote ko izzat do (respect the vote). Mian Nawaz has been brought to power twice, and each time it has ended badly for him. In 2000, there was a coup, in 2007 he was disqualified. Ultimately to be replaced by Imran Khan, after it won the 2018 election.

The AJK elections are important, because they are the testing ground in which the establishment tries out methods which will yield results in national elections. Combined with the Sialkot by-election, they indicate that the establishment has the ability to determine election results.

This will be the methodology to use in the 2023 Pakistani general election., about which it is now openly speculated that, despite problems of inexperience, the establishment wants the PTI back, as it has proved a better fit than any other party. The enhanced performance of the PPP in the AJK elections has to be seen as a reward for indications that it is now willing to be cooperative.

One result of the two elections has been to generate an almost anxious debate within the PML(N). After all, it has been the gig loser: it has lost power in AJK, and lost a provincial seat. The establishment has shown that it still matters to anyone who wants to win.