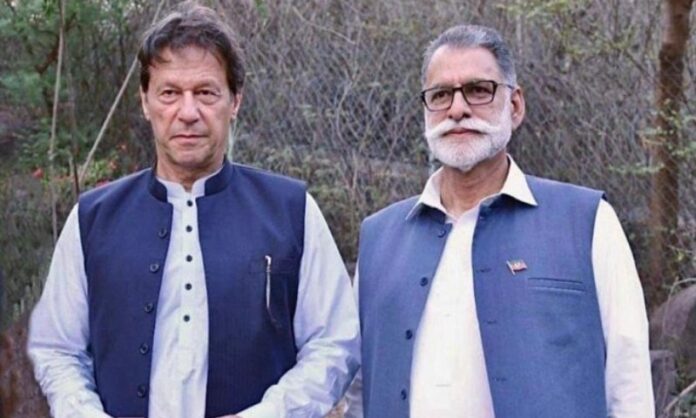 KARACHI: Little-known Abdul Qayyum Niazi turned out to be a dark horse, winning an intense race for the office of prime minister of Azad Jammu and Kashmir.

Niazi, 61, was elected as a member of the Legislative Assembly in the July 25 elections from Poonch district, which lies on the Line of Control (LoC) – a de facto border that divides Jammu and Kashmir between nuclear-armed rivals Pakistan and India.

Until last week, he was not even in the race. His name echoed in the media after being interviewed by Pakistan’s Prime Minister Imran Khan, who is also the chairman of Pakistan Tehreek-e-Insaf (PTI) party, which won majority seats in the polls.

Yet, political pundits did not consider him to be serious contender for the top office as he is a new entrant to the party.

It is said that that a tug-of-war between the two heavyweights cleared the way for Niazi to get the prime minister’s office.

His surname – Niazi – confuses many who consider him hailing from the tribe of the Pakistani premier. He, however, is from the Mughal community, which is scattered across AJK.

Born in 1959, Niazi is a veteran politician who started his political journey as a district councilor.

Hailing from Darra Sher Khan village, which sits on the LoC, he was twice elected as a district councilor between 1980 and 1990.

He managed to win his first election, and was appointed as food minister by the then-AJK Prime Minister Sardar Atiq Ahmad Khan. He also served as minister for prisons during the same tenure.

Niazi contested the next two elections representing JKMC – in 2011 and 2016 – but lost.

In October 2017, he joined the PTI, following its rise in the valley. He is also serving as the joint secretary of the PTI’s AJK chapter.