The economy has been kept going despite the pandemic 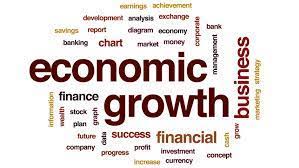 The national economy had been facing a volatile pattern of growth over the years, with regular boom and bust cycles facing challenges in achieving long-term and inclusive growth.

In the backdrop of these challenges, the incumbent federal government has focused on an economic vision of securing sustainable economic growth by improving efficiency, reducing cost of doing business, improving regulatory environment, enhancing productivity and increasing investment.

Even before the covid-19 pandemic had hit the national economy, the incumbent government had started implementing decisive and far-reaching reforms in every sector of the economy. The reforms started to address the economic imbalances and laid the foundation for improved economic performance in terms of strengthened fiscal and external accounts, exchange rate stability and improved investors’ confidence. Moreover, inflation started to stabilize and market confidence greatly recovered and appreciably improved. Quite obviously, these reforms had paved the way for long-term growth and resulted in moving toward ending the unsustainable growth pattern that had plagued the national economy for years together in the past.

FY2021 began in the midst of the most severe global health crisis experienced by humanity in modern history. Pakistan’s economy, like that of the rest of the world, struggled to combat the economic consequences of the covid-19 shock through prompt measures for supporting the economy and equally importantly saving both lives and livelihoods.

The federal government considered it imperative to control the adverse economic impacts of the covid-19 pandemic, manage twin deficits, recover and stabilize the national economy, and provide relief to the vulnerable segments of the society.

Besides taking timely virus containment measures, the federal government also implemented a comprehensive set of measures including the largest ever economic stimulus package of Rs 1240 billion, a construction package, an expansion of the social safety net to protect the vulnerable segments of the society and a supportive monetary policy stance along with targeted financial initiatives. Quite obviously and expectedly, these measures helped the national economy in lessening the negative impact of the pandemic. In contrast to other world economies, Pakistan started witnessing recovery during the first half of FY2021 on the back of continued domestic economic activity due to the above-mentioned measures along with a smart lockdown policy.

Needless to mention here that during the last three years, the incumbent PTI federal government has faced numerous economic challenges which were aggravated by the sudden and surprise invasion of the covid-19 pandemic. However, the federal government has quite successfully and appreciably progressed from recovery and stabilization to sustainable growth of the national economy.

While approving the estimates of its third budget, for FY 2021-2022, the federal government considered it imperative to control the adverse economic impacts of the covid-19 pandemic, manage twin deficits, recover and stabilize the national economy, and provide relief to the vulnerable segments of the society.

According to information gathered from the official quarters concerned, facts and figures for the entire financial year 2020-2021 were not immediately available. However, keeping in view the abovementioned objectives, the achievements of the federal government in economic and other sectors for the first ten months, that is, July 2020-April 2021 are briefly given below for information of the readers at large:

Pakistan’s economy witnessed a V-shaped recovery after contracting by 0.47 per cent in FY 2020-21.

The GDP growth rate for FY2021 was 3.94 percent against the targeted growth of 2.1 percent as a result of policy initiatives undertaken by the federal government during the period under report.

The economic stimulus of Rs 1.24 trillion announced in March 2020 has since been extended for the FY2021 and an amount of Rs 155 billion has already been released to mitigate the socio-economic impacts of the covid-19 pandemic.

Home remittances from Overseas Pakistanis grew significantly by as much as 29.0 percent to $ 24.2 billion surpassing the target of $ 21.5 billion as compared to $ 18.8 billion during the corresponding period last year.

Large Scale Manufacturing (LSM) posted a growth of 8.99 percent during the period under report against a negative growth of 5.10 percent for last year.

Inflation was down to 8.6 percent against 11 percent during the same period last year.

Tax collection by Federal Bureau of Revenue (FBR) grew by 14.4 percent to Rs 3780 billion during the period under report against Rs 3303 billion last year.

Pakistan entered the international capital market after a gap of three years by successfully raising $2.5 billion.

The Ehsaas Emergency Cash Programme initiative was recognized by the World Bank as amongst the top four social protection interventions in the world in terms of numbers of people covered.

Pakistan and the International Monetary Fund (IMF) resumed the $6 billion Extended Fund Facility (EFF) and completed the second to fifth reviews under the programme. It was duly appreciated by the IMF that the policies of the Pakistan Government were crucial in supporting the national economy and saving lives and livelihoods of the people in the COVID-19 pandemic.

Inflows of foreign exchange through the Roshan Digital Account (RDA) crossed the $ 1 billion mark in a short span of time after the scheme was launched. 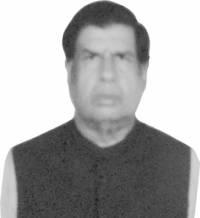 February 5, 2023
QUETTA: An explosion near the Police Lines neighbourhood in Quetta has resulted in five individuals being treated for the injury at the Civil Hospital,...