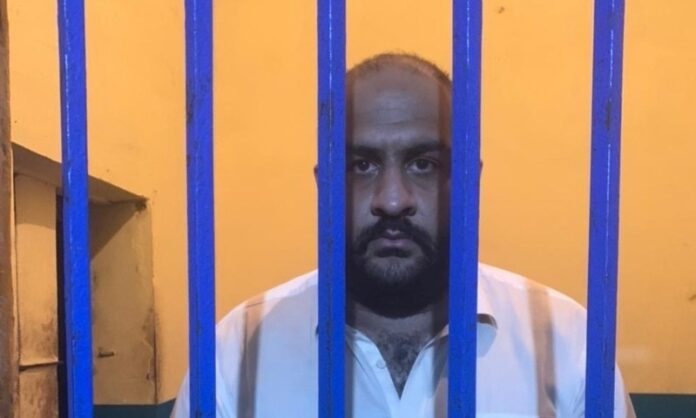 The main suspect, Usman Abrar, along with four other persons is already in custody regarding the couple sexual harassment case, while some 20 to 25 suspects have been rounded by the police, according to a report by Dawn.

These 20 to 25 persons are relatives of other suspects who have gone into hiding and had been spotted in videos or photos recovered from the mobile phones and laptops of the five arrested men.

The police also rounded up a relative of a man who is suspected of making the video of Usman Abrar and others while they held the couple at gunpoint, forced them to strip and beat them up.

The relatives of the suspect told Dawn that the capital police raided a house in Shamsabad Rawalpindi three days ago. As the suspect was not present there, the police took away one of his relatives.

He has been in police custody for three days without any legal proceedings, they said. On Saturday, they added, the suspect obtained bail before arrest from court and approached the police along with his family to join the investigation after which his relative was set free.

The officers said the suspects in police custody were yet to be properly interrogated as so far their statements have not been recorded.

Meanwhile, the officers said the investigators were also trying to establish the identification of the close contacts of the main suspect, Usman Abrar, with the help of his call and message records.

Moreover, the police have found that three cases were already registered against him — one at the Sihala police station and two in Rawalpindi.

The case at the Sihala police station was registered on April 30 under 506-ii (criminal intimidation) and other sections of the Pakistan Penal Code.

According to the FIR, Usman Abrar along with 15 armed persons in black uniform raided the office of Ahsan Mehmood and beat him up along with his staff and threatened them.

The investigation officer of the case ASI Mohammad Hassan told Dawn that Usman Abrar was on bail in this case.

Details of other cases registered in Rawalpindi are being collected, the officers said.