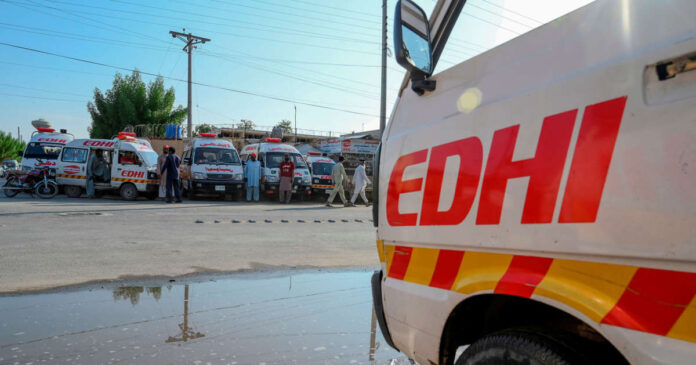 KARACHI: A driver of Edhi Foundation was kidnapped along with his ambulance from Larkana late Saturday night, police said Sunday.

Imran Machhi had travelled to Nangreeja village in Khairpur District to transport a corpse and, while he was on his way back to Larkana, was abducted, said Haji Saleem Arain, in charge of Edhi centre in Larkana.

Arain said unidentified people abducted the driver, describing him as a volunteer. “Imran reached Khairpur in the evening but when he did return after midnight, we got concerned and informed the police,” he said.

Arain also said that a while ago the driver telephoned him and informed him that he had been kidnapped. “We have passed the information on to the Khairpur senior superintendent of police and Sukkur deputy inspector general,” he added.

The official appealed to the police to recover the driver and the ambulance.