US democracy is at risk

The basic ability to compromise may not be there 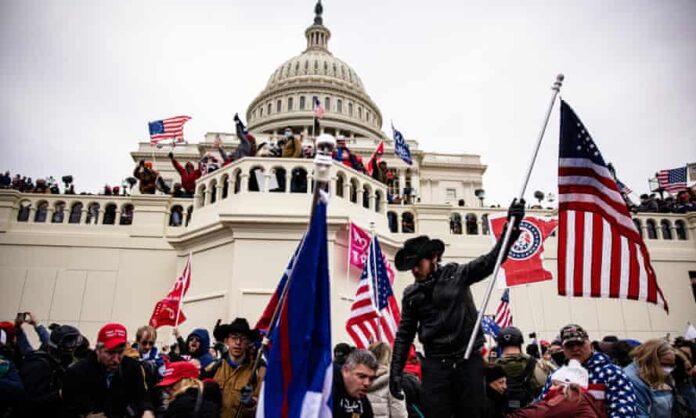 Speaking at a Memorial Day observance last week, US President Joseph Biden noted, rather ominously, “Our democracy is in peril.” Politics, if we can even call it that, has become so distorted and hyperpartisan that the shared values, comity, and compromise needed for democracy to function have become endangered concepts

One clear indicator of this sorry state of affairs is the extent to which Republicans have embraced former President Donald Trump’s claim that the 2020 vote was marred by fraud. A recent poll shows that 70 percent of Republican voters still believe that Trump’s victory was “stolen” and, as a result, they do not accept Mr. Biden as the legitimate president.

Instead of pushing back on this dangerous idea, Republican leaders are insisting that their elected officials accept this new “official party dogma” and act accordingly. “Exhibit A” was the Senate Republican leadership’s refusal to advance a House bill that would have created a bipartisan commission to investigate the January 6 violent takeover of the Capitol Building in an effort to stop the certification of the 2020 election. In doing so, it appears that the Republican Party has chosen to ignore the “wake up call” of the insurrection, choosing instead to press the “snooze” button and go back to sleep.

Equally disturbing have been samples of Republican behaviour on display on the national and state levels.

Immediately following the January 6 certification vote and the January 13 vote to convict President Trump of having incited the violence that occurred at the Capitol, several GOP state committees voted to censure those Republicans who voted either to ratify the election’s outcome or to support the charge of incitement against Trump.

The Republican congressional caucus ousted Representative Liz Cheney from her leadership role because she continued to forcefully reject the former president’s claim. Cheney has also been rebuked by her state party, and her reelection prospects are now in doubt.

Cheney is being punished because she has refused to accept Trump’s claim and maintains that those who continue to advocate what she calls the “big lie” only perpetuate the very issue that incited the January insurrection and takeover the Capitol.

While the Republican Party is busy cannibalizing itself in order to appeal to the very base it created, the lack of comity and civility this has generated has made it impossible to reach compromise. With the Senate deadlocked at 50-50, it has become increasingly difficult to move the nation’s agenda forward.

Acceptance of the “big lie” is also on display in those states where Republicans control both the governorship and the legislature. In the name of “election integrity,” they are passing new laws that will make voting more difficult for targeted groups of poor, elderly, and minority voters. Such measures have already passed in 14 states and are in process in at least 18 more. A deeply troubling feature of some of these bills is a provision allowing the state legislature to overturn the decision of state election officials to certify election results. If permitted to stand, this provision could lead to chaos and undermine the integrity of future elections on the federal and state levels.

Putting an exclamation point on hyperpartisanship, Senate Minority Leader Mitch McConnell recently made the frank admission that he is 100 percent committed to blocking President Biden’s agenda, thus making Republican calls for bipartisanship more of a tactic and taunt than an honest appeal for constructive negotiations.

This crisis has been brewing for at least three decades. It began in 1995 when Republicans Newt Gingrich and Tom DeLay assumed leadership in the Congress bringing “slash and burn” politics to Washington. Throughout the remainder of Clinton’s term in office and into the two Bush terms, Democrats continued to play by the old rules, supporting compromise with the GOP on what were, in my opinion, regressive pieces of legislation on a host of issues from welfare reform and border security, to tax cuts and education reform.

Republicans were loath to operate in the same way during Obama’s terms in office–  with only one or two of their members breaking ranks to support compromise bills. Instead, the GOP not only refused to cooperate with Obama, but also launched the Tea Party and encouraged the “birther movement” that denied Obama was a legitimate president. Fueled by right-wing talk radio and television, the poison of partisanship paved the way for the election of Donald Trump.

While many conservative Republicans opposed Trump and saw that he posed a danger to their party and democracy itself, they were hesitant to buck the mass movement they had created, fearing that it would turn against them. Some of these same conservatives assumed that with Trump’s defeat, the horror of January 6, and the former president’s banishment from social media, the time had come to restore sanity to their party. But the GOP leadership’s continued cowering in the face of what they now call “Trump’s base” has caused them to circle the wagons and purge their ranks of those who call for sanity.

While the Republican Party is busy cannibalizing itself in order to appeal to the very base it created, the lack of comity and civility this has generated has made it impossible to reach compromise. With the Senate deadlocked at 50-50, it has become increasingly difficult to move the nation’s agenda forward.