Rahm forced out of Memorial after positive Covid-19 test 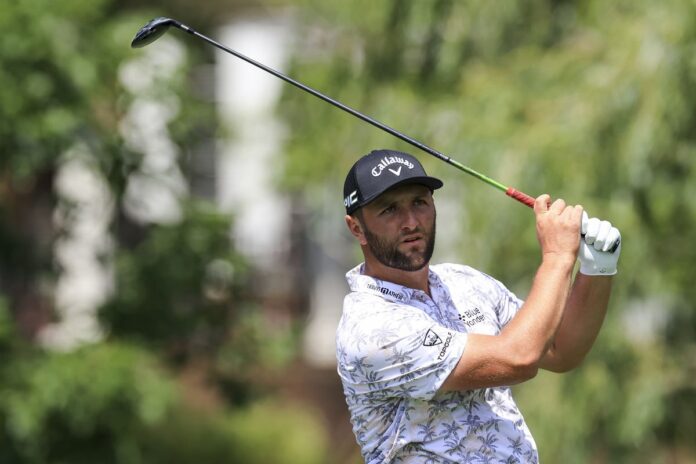 NEW YORK: Jon Rahm was forced to withdraw from the Memorial Tournament in Ohio that he was leading by six strokes on Saturday after the Spaniard tested positive for Covid-19, the PGA Tour said.

The 26-year-old’s most recent test, conducted after Friday’s rain-shortened second round, came back positive on Saturday and it was confirmed again while he was on the course.

PGA Tour officials informed Rahm of the test result as he left the course and the stunned former world number one put his hand over his face and bent over in agony and disbelief after getting the news.

“I’m very disappointed in having to withdraw from Memorial Tournament,” Rahm, who is asymptomatic, said on Twitter.

“This is one of those things that happen in life, one of those moments where how we respond to a setback defines us as people. I’m very thankful that my family and I are OK.”

In accordance with CDC guidelines, Rahm will need to remain in isolation through June 15 and said he planned to return to the golf course as soon as possible.

“Thank you to all of the fans for their support and I’m looking forward to watching the showdown tomorrow afternoon with you all,” he said.

The PGA Tour called it “an incredibly unfortunate situation” and added that throughout the 50 events it has held since the end of last year’s pandemic-induced shutdown, there have been only four positive tests within competition, including Rahm’s.

Rahm, the tournament’s defending champion, was in the driver’s seat at the Muirfield Village Golf Club on Saturday, where he was 18-under par and enjoyed a six-stroke advantage.

With Rahm out of the picture, Americans Collin Morikawa and Patrick Cantlay are now co-leaders at 12-under par heading into the final 18 holes.