Others have done it, so why not us? 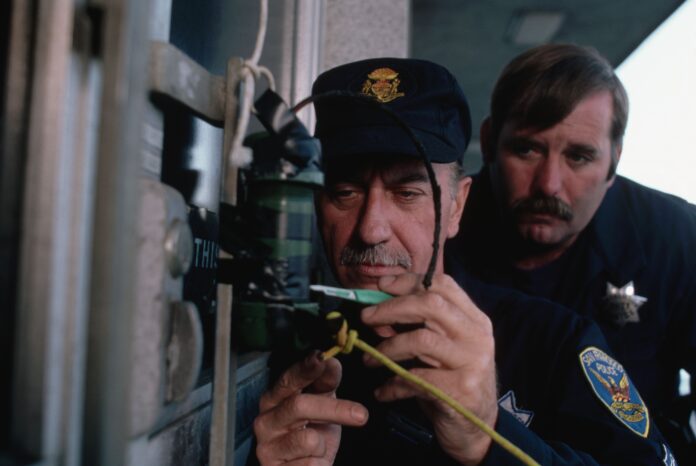 Pakistan has been undergoing multifarious socio-politico-economic challenges since independence, but most hazardous has been the population explosion which may cause various economic and environmental issues for Pakistan like reduction of capital formation, need for more investment, adverse effect on per capita income, unemployment, food insecurity, vicious cycle of poverty, decline in social infrastructure, harmful effect on environment, low standard of living, overuse of resources, urbanization, deforestation, water pollution, climate change, scarcity of potable water and dearth of pure air. Pakistan has been facing many of these and the situation may worsen.

The 2017 census showed Pakistan had a population of 207.8 million population with annual growth rate of 2.4 percent, which meant therehad been a 60 percent rise in population from the last census in 1998. Moreover, the United Nations Population Division projected that with the same annual growth,, Pakistan’s population will be 335 million by 2050 and this figure could approach 460 million.

Besides, since Pakistan is a Muslim state, family planning is deemed against the teachings of Islam. But, one should infer the ground reality of family planning. People conceive it as murder. However, family planning is a step to prevent even creation of the life. If one utilizes contraceptives, there are no chances of birth, so it cannot be against Islamic injunctions. Apart from this, if one cannot educate and provide fundamental facilities to one’s children, one should adopt family planning to save the country rather than decimating its and the country’s resources.

Furthermore, increasing population has resulted in destabilization of the economy. Pakistan has a high unemployment rate, more than 30 percent of the nation is living below the poverty line, and external debt has entrapped Pakistan. Pakistan requires 6 to 7 per cent growth annually, but we can hardly manage 1 to 4 percent growth. However, the recent 4 percent statement has been doubted by the opposition as it surpassed the World Bank’s and IMF’s projected figures.

Pakistan, due to high population growth, remains incapable of meeting the basic necessities of the nation as it does not have enough resources and our government does not know how to utilize hem properly. Our country spends more than she earns, thereby faces a deficit. Without growing at 6 to 7 percent, Pakistan cannot satisfy its growing population’s needs.

The State Bank of Pakistan in its third quarterly report said, “When it comes to productivity, the poor state of human capital development is cited as one of the major binding constraints for Pakistan. With education and training on lower side, the existing and incoming labor force does not have the desired level of capacity to efficiently participate in economic activities, whereas 1.8 million people enter job market annually.”

According to this report, our participants for improving the economy are incompetent. So, Pakistan should work on her education and training system to groom the labour force to boost the economy, or it should control the growing population so that Pakistan can tackle existing and coming economic problems.

Moreover, the growing population has also negatively impacted the environment. According to the US Air Quality Index, Pakistan is thew second most polluted country with PM 2.5 concentration, which is five times over the WHO exposure recommendation. Lahore is the country’s most polluted. Scientists say that simply breathing one day in Lahore is equal to smoking one packet of cigarettes. We also contribute to multifarious other environmental issues such as river pollution due to inflow of poisonous chemicals and waste material, global warming, and shrinkage of underground water, oil and gas reserves and natural resources.

If people are not fully educated and trained to participate in economic activities efficiently, rocketing population can be as hazardous a bomb to diffuse as other bombs, but which will massacre gradually.

Basically, the main causes of pollution are vehicles, factories, brick kilns, and steel mills, which all burn fossil fuel impacting our environment adversely. All these causes will gow as the population grows, because all these are connected with human needs.

Air pollution leads to various health issues including respiratory ailments, with chronic obstructive pulmonary disease (COPD) very likely to develop, and pneumonia, bronchitis, emphysema, and asthma attacks. Apart from this, PM 2.5 enters into the bloodstream via alveoli in the lungs, the small sacs that are responsible for allowing oxygen to enter the blood. It can be even cause ischemic heart disease. Air pollution also leads to many other cardiac issues such as strokes, heart attacks, arrhythmias, and damage to blood vessels as well as damage to filtration organs such as the liver and kidneys.

Additionally, hiking population causes eutrophication, the dense growth of plant life that consumes oxygen, making aquatic animals die. Other major sources are industry and sewage disposal, both related to population growth. Overpopulation also starts ecological degradation which occurs due to deforestation, decreased biodiversity and spike in pollution and emission, which will exacerbate climate change as well. A rocketing population is hazardous not only for human beings but also for other living things.

To counter increasing population, Pakistan had taken many measures. Regretfully, measures could not have the desired result. The first measures were taken during the first Five Year Plan (1955-60) but failed. Then in 1960, the Health Ministry took over this task, but failed because matter had involved human prejudices, habits, attitudes, beliefs which did not respond to official orders.

After 1969, under the Bhutto government, planning programmes wererevitalized, but due to use of contraceptives, pills, and suchlike, offensive for some families and distasteful for many others, the programme again failed. After that, in July 1977, under General Zia-ul-haq’s coup d’état, population control efforts halted due to his orthodox and unreasonable Islamic views. In all these periods funds went waste, thereby international organizations also cut down funding to Pakistan for population control and population kept growing.

Further, we can learn lessons from China, Bangladesh, and Iran, which reduced their population growth rate rapidly. China initially allowed families to keep just one child per family with permission of government. The task of monitoring was given to the local government. Servants not fulfilling their duties would be penalized. That is why China could control its population drastically. When China made enough resources for her citizens, she allowed two children per family and very recently she has allowed three.

Bangladesh, which reduced its fertility rate from six children per woman in the early 1970s to under three today, has been providing contraceptives to women for decades. Bangladesh’s Director General of Family planning showed in a publication that only eight percent of the total population was using contraceptives in 1975, but the figure increased to 63.1 percent by 2018.

In Iran, a religiously strict country, fatwas confirmed a woman’s right to control her fertility. Consequently, between 1988 and 1996 the average family halved in size from 5.2 to 2.6 children after authorities launched a family planning campaign. In rural areas, fertility rate dropped from 8.1 to 2.1 children per family in only one generation in 1988. Additionally, women were encouraged to wait three to four years between pregnancies, and childbearing was discouraged for women under 18 and over 35.

Following the Chinese model may not be for Pakistan, but she can follow the Bangladeshi and Iranian models.

Besides, there are two key methods for a prosperous Pakistan; first, population control by providing contraceptives, but people should be educated to wish for a standard of life as they do not perceive it offensive to have a low standard, and second is human development by providing cornerstone facilities such as education, health, and food, but for this Pakistan needs enough resources.

Further, Pakistan should create conditions under which people feel themselves urged, motivated, inspired, convinced, and also constrained by circumstances to have smaller families. People should be educated so that they can be acquainted with higher values of life and standard of living. Then people can better understand their best interest. For monitoring education and awareness progress and use of contraceptives, the task should be entrusted to local government so that funds should not be misused, but properly utilized for the purpose.

Population can be an asset. It depends on how the government uses people to make more resources for human development so that no one is a stumbling block, rather an asset for the country. If population growth remains constant andpeople are not fully educated and trained to participate in economic activities efficiently, rocketing population can be as hazardous a bomb to diffuse as other bombs, but which will massacre gradually.

Ali Zubair Soomro
The writer is a freelance columnist