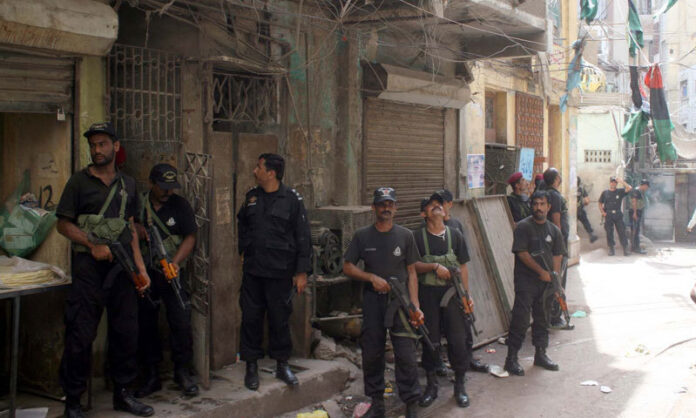 According to the SSP, Tegho and his sons, Khalid, Mushtaq and Munawar, were arrested from their residence in Gulistan-e-Jauhar.

He said that the Shikarpur police raided the residence and arrested them. “We will not allow the blood of our martyred personnel to go waste,” he said. “I am overseeing the operation against dacoits in Katcha area,” he added.

Teghani’s cousin Abdul Nabi said that there are criminal elements in every tribe but it does not mean that the tribal chief is responsible.

He said the arrest is political victimization of his cousin and it is not acceptable. He expressed grief over the demise of four policemen and said that those involved in the crime must be arrested.

It is pertinent to mention that four policemen were earlier martyred when dacoits fired a launcher at their vehicle during an operation in Garhi Tegho.

A district court in Lahore on Thursday remanded five suspects to police custody and two women to judicial custody in the case of kidnapping...
Read more
CITY

In Peshawar, green scheme for polluting bus owners inches along

PESHAWAR: When Mukhtiar Ahmed heard that a new public transport system with air-conditioned buses was coming to Peshawar, he worried his customers would desert...
Read more
CITY

MUZAFFARABAD: Nestled in the breathtaking mountains 221 kilometres (137 miles) away from Muzaffarabad, the capital of Azad Jammu and Kashmir, lies one of the...
Read more
CITY

PESHAWAR: Gunmen on Monday shot and killed a police officer assigned to protect a polio vaccination team in Khyber Pakhtunkhwa, an official said. It was...
Read more
- Advertisment -