Belgian national’s murder underlines how bad the problem has gotten 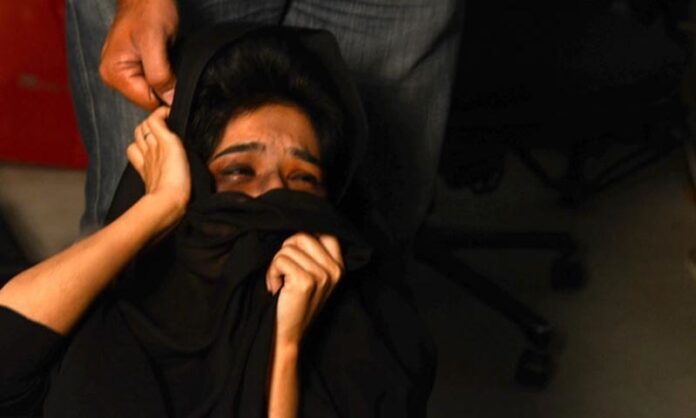 On May 5, a London-based Belgian women Mayra Zulfiqar was found dead in her flat in Defence Housing Authority (DHA), Lahore. She was strangled and shot twice, once in arm and second in neck. As per Police Assistant Superintendent Lahore Sidra Khan, the victim came back to Pakistan some three months ago.

After the incident, the media reports and police investigation revealed that there are two suspects in the murder, Saad Ameer Butt and Zahid Jadoon. According to Mayra’s uncle, her niece was shot dead after refusing the marriage proposal of these two suspects.

“She had visited his residence a day before her murder and told him that her two male friends — Asad Ameer Butt and Zahid Jadoon — wanted to marry her and upon her refusal they threatened her with dire consequences,” he said.

In the First Information Report (FIR) Mayra’s uncle further said that Butt forced her to marry him, followed by Jadoon with the same demand, but she outrightly refused both proposals. Observers note that the most important aspect of this whole case is that victim had earlier warned police that her life is in danger.

On April 20, Mayra went to police station and told them that an individual had abducted her but she ran away. “He threatened me saying ‘you won’t be able to escape, I will kill you’” she stated in the police report. It is further revealed that she asked for the protection, but none was given to her.

Police did come to the house and saw CCTV footage of alleged abduction but no further action was taken on the incident. As per neighbors, the loud voices of argument used to come from Mayra’s residence and on “one occasion men brandishing knives had been seen threatening Ms. Zulfiqar from the street.”

Experts say that this development is enough to highlight the seriousness of the issue. However, police did not take any action or followed the report. And this resulted in loss of a life.

According to observers, the story, again, highlights a very serious issue: the violence against women in Pakistan.

Observers maintain that if the police had taken precautionary measures and provided security to the diseased, this murder could’ve been avoided. Legal analysts say that proper legislation against violence against the women is need of the time, because without it, nothing can be achieved since it has become easy to target a girl over marriage refusal.

“And last month, prime minister Imran Khan caused outrage after he appeared to blame how some women dress for a rise in rape cases, saying: ‘This entire concept of purdah is to avoid temptation. Not everyone has the willpower to avoid it.’ Violence against women, in other words, is commonplace.”

As per a report by Sustainable Social Development Organization (SSDO), “1,422 cases of domestic violence and 9,401 cases of violence against women were reported during the last six months of 2020.” The data was taken from January 1 to December 31, 2020. The report further said that these incidents are under reported. “The official number of violence incidents is missing from the government record, and that is why it has never truly reached legislation and policy development process with no solid ground for key decision-making at the government level,” the report said.

The organization urged the government to take serious steps to counter such incidents as serious efforts are needed to stop violence against women in the country. According to latest media reports, the police have arrested Butt and Mayra’s roommate, Iqra, in the case. Experts say police most probably will solve the case. However, the question is, could the life of Mayra Zulfiqar have been saved? Did our victim-blaming narrative play a part in the crime?

“Blaming the victims of sexual violence is a social phenomenon with serious implications for personal recovery of the victims and towards a collective response to prevent such crimes,” noted writer and consultant psychiatrist Asma Humayun. “Failure to acknowledge the true nature of crimes against women is also a violation of human rights.”

Observers maintain that if the police had taken precautionary measures and provided security to the diseased, this murder could’ve been avoided. Legal analysts say that proper legislation against violence against the women is need of the time, because without it, nothing can be achieved since it has become easy to target a girl over marriage refusal. The cases of men throwing acid or using other forms of violence on women continue unabated in the country.