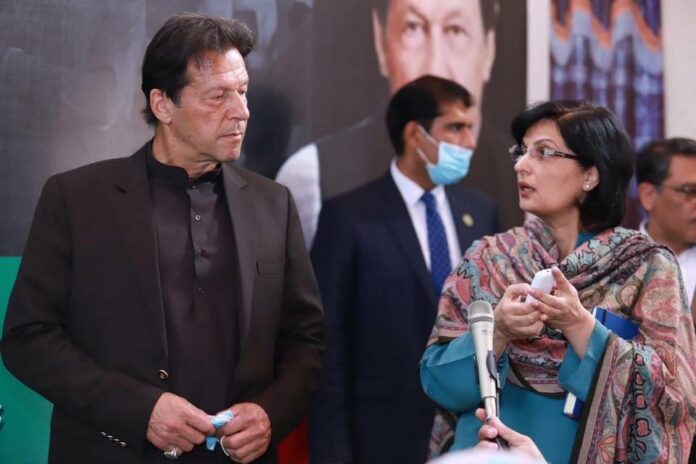 “Congratulations to Sania and the Ehsaas team for achieving this milestone and well-deserved int[ernational] recognition,” the prime minister said in a tweet.

Congratulations to Sania and the Ehsaas team for achieving this milestone and well-deserved int recognition. https://t.co/nl9c4T6UPr

In a report released Saturday, the World Bank commended the government’s initiative to provide a one-time cash grant of Rs12,000 to nearly 100 million low-income households to avert an economic catastrophe during the Covid-19 pandemic.

“In Pakistan, where social insurance coverage is very low, the filters included having a public sector worker in the household, vehicle and property ownership and the amount spent on telephone bills,” the report said.

“This approach was most useful when the social registry covered a large part of the population and the information on households was up to date,” it added.

Launched in July, the scheme is distinct from the Ehsaas cash programme already in operation under which Rs144 billion was allocated for 12 million families.

The report further said only “select countries have attained impressive six-digit levels” in this regard. The Ehsaas programme is one of them. The measure also ranked high amongst the programmes that did well in terms of “planned versus actual coverage” rates.