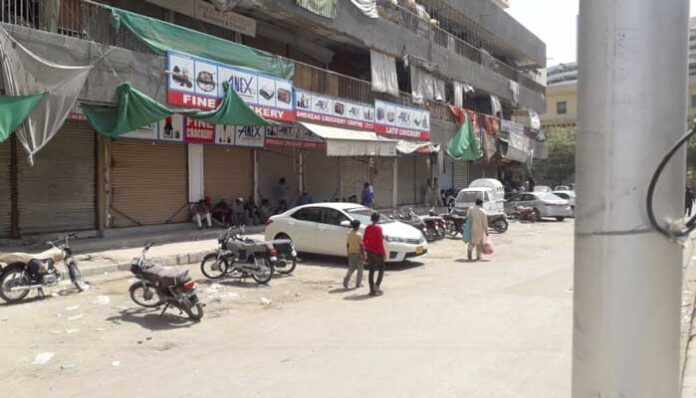 KARACHI: The Sindh government on Sunday imposed a general quarantine across the province to curtail the spread of the coronavirus.

The restrictions targetted travel and tourist points in a bid to prevent a surge in new Covid-19 infections during the Eidul Fitr holidays.

All businesses will remain shut from May 9 to May 16. The markets, except dairy shops, will remain closed. The dairy points will remain open until midnight. Essential services including grocery stores, fruit and meat shops, and restaurants are allowed to operate until 6:00 pm.

A complete lockdown was implemented on Saturday in Punjab, Khyber Pakhtunkhwa and Balochistan.

As per the NCOC decision, markets, shopping points and entertainment venues will remain closed until May 16. Cloth markets, shoe markets, and salon shops were also closed down.

However, grocery stores, tandoors, and dairy, meat and fruit shops will be open until 6:00 pm in all three provinces.

For the convenience of the people, the State Bank of Pakistan (SBP) has directed commercial banks to remain open on Mondays and Tuesdays so that people do not face any problem ahead of Eid holidays.

Battling a third wave of infections and increasingly nervous about the crisis across the border in India, the government has imposed tough restrictions since a one-month lockdown in April last year.

“These measures have been necessitated by the extremely dangerous situation which has been created in the region with the spread of virulent mutations of the virus,” tweeted Planning Minister Asad Umar, who has been leading the government response to the outbreak.

Eid usually sees the mass movement of people around the country and tourist spots crowded with people. Last year, the country saw a spike in cases in the weeks after the celebrations.

The military has been mobilised to monitor the restrictions.