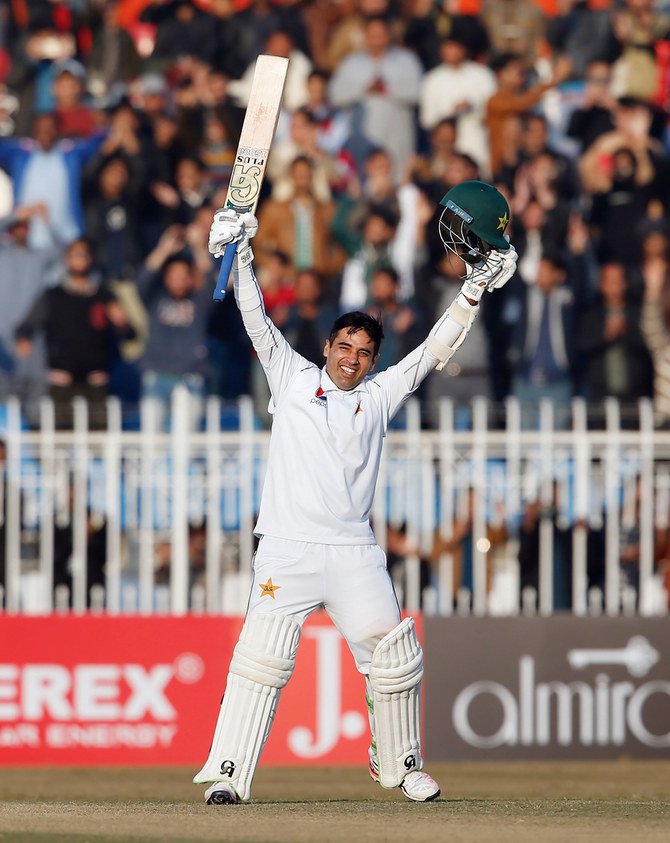 HARARE – Following his unbeaten knock of 215 in the first innings of the second test in the ongoing Zimbabwe series, Pakistan opener Abid Ali became the highest scoring Pakistanti Test batsman in Zimbabwe.

The record was held previously by Younis Khan with an unbeaten 200, followed by Mohammad Wasim’s 192 runs, Mohammad Yousuf’s 159 runs, and Fawad Alam’s 140 runs.

Pakistan have declared the innings on the second day of the second Test against Zimbabwe after Abid Ali hit a maiden double century at Harare Sports Club.

Despite Pakistan loosing wickets on the second day, Abid Ali continued his marathon innings helping Pakistan post a a massive 510/8d score on the board.

Centuries by Abid Ali and Azhar Ali put Pakistan in a strong position on the first day of the second Test against Zimbabwe at Harare Sports Club on Friday.

Abid (118 not out) and Azhar (126) put on 236 for the second wicket before tall fast bowler Blessing Muzarabani brought Zimbabwe back into the match by taking three wickets with the second new ball.