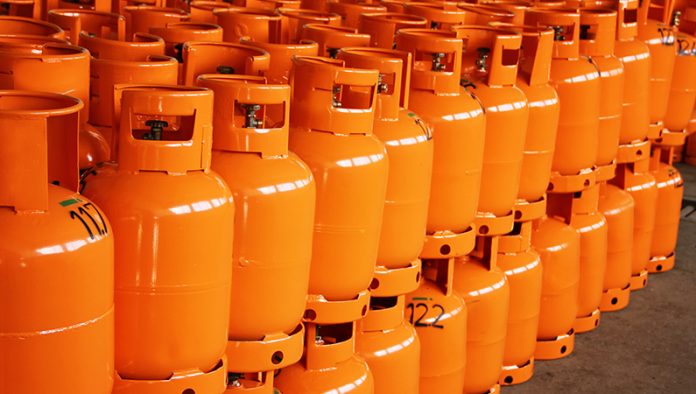 ISLAMABAD: Reduction in Petroleum Development Levy (PDL) and General Sales Tax (GST) on imported Liquefied Petroleum Gas (LPG) has resulted in massive inflow of LPG to the country through port and Taftan border without any check in quality and quantity.

These revelations have been made by incumbent managing director (MD) of Oil and Gas Development Company Limited (OGDCL) in a letter to Petroleum Division secretary titled as “Problems being faced by OGDCL and other domestic LPG Producers due to subsidized LPG imports”.

Highlighting the problems being faced by OGDCL and other domestic LPG producers due to reduction of PDL and GST on imported LPG, Shahid Salim Khan, MD, OGDCL has said that this has resulted into massive inflow of cheaper/poor quality imported LPG through the port and Taftan border without check in the quality and quantity. Similarly, this huge inflow has compelled all local LPG producers, including OGDCL, to sell LPG at rates much lower than the Oil and Gas Regulatory Authority (OGRA) notified price to avoid lifting issues and closure of production at the fields, said OGDCL MD in his letter to Petroleum Division secretary.

According to OGDCL MD’s letter, PDL on domestic LPG is 4,669 while it is zero on imported LPG. Similarly, GST on locally produced LPG is at 17 per cent while only 10 per cent is imposed on imported LPG price.

“It is pertinent to mention here that the forced reduction in price is consistently being done in the interest of maintaining continuity of operations otherwise non lifting of LPG would result in storage issues and resultant closure or curtailment of oil and gas production leading to major disruption of supplies of hydrocarbons in the country,” said Shahid Saleem Khan, OGDCL managing director in his recent letter dated April 30, 2021, to the Petroleum Division secretary.

He added that aforesaid situations would result in direct financial loss to the country and national exchequer.

The OGDCL MD also informed Petroleum Division secretary that since the recent winter season, OGDCL has been facing disposal issues from all its fields due to the influx of imported LPG.

“It needs to be appreciated that approximately 70 per cent of LPG demand is met by local production and any policy favouring private importers at the cost of domestic producers without assessing cost/requisite quality standards may result in loss to the government,” reads OGDCL MD’s letter.

It is worth mentioning here that incumbent OGDCL MD had on January 29, 2021, written a letter to Secretary Petroleum Division with same title “Problems being faced by OGDCL and other domestic LPG Producers due to subsidised LPG imports”. But no improvement regarding uplifting local LPG Producers and production as well has forced the OGDCL MD to once again sensitise the matter before the Petroleum Division secretary.

Besides, the government constituted Inquiry Commission on petrol crisis in June 2020 has revealed that petrol smuggling has been causing Rs240 billion annual loss to the national exchequer. However, after revelation of petrol’s smuggling, the disclosure of smuggling of poor quality of LPG into the country has also been causing heavy loss to the national exchequer while this might cause closure of local LPG production soon.