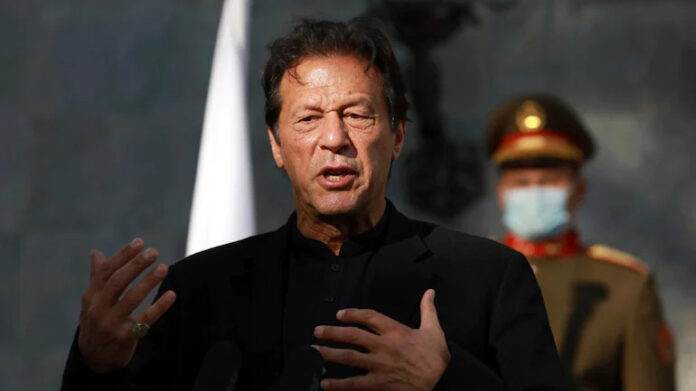 No Muslim can ever tolerate the desecration of Holy Quran and blasphemous flak directed at prophet Muhammad (PBUH) because these are the pillars of the Islamic faith. Therefore whenever any incident of blasphemy takes place anywhere in the world it provokes very strong reaction in the entire Muslim world.

Unfortunately a snow-balling tendency has been witnessed in some of the Western countries where the extremist rightist parties and groups are deliberately engaged in denigrating Islam and carrying out blasphemous actions against the personality of the Prophet (PBUH) with impunity and their actions have been tolerated in the name of freedom of expression. The publication of blasphemous caricatures of the prophet (PBUH) in France during last October and the refusal of the French President to stop their re-publication is the case in point. He not only described Islam as a religion in crisis but also launched an extensive with-hunt against the Muslim community and announced stricter oversight on schooling and better control over foreign funding of mosques. He made this announcement in the wake of beheading of a teacher by a local Muslim angered by the use of blasphemous cartoons.

The actions of the French President rightly sparked an outrage in the Muslim world including Pakistan which lodged a strong protest with the French government. Prime Minister Imran Khan condemned the statement by the French President and  was right on money to say  “It is unfortunate that he has chosen to encourage Islamophobia by attacking Islam rather than the terrorists who carry out violence, be it Muslims, White Supremacists or Nazi ideologists. Sadly, President Macron has chosen to deliberately provoke Muslims, including his own citizens, through encouraging the display of blasphemous cartoons targeting Islam and our Prophet (PBUH).  Hallmark of a leader is he unites human beings, as Mandela did, rather than dividing them. This is a time when President Macron could have put healing touch and denied space to extremists rather than creating further polarization and marginalization that inevitably leads to radicalization.” The Senate and the National Assembly also passed unanimous resolutions strongly condemning the attempt of illegal and Islamophobic acts of republication of blasphemous sketches of the Holy Prophet (SAW) in France under the garb of freedom of expression. Foreign Ministry called the French Ambassador and lodged a strong protest against the episode. Foreign Minister Shah Mahmood Qureshi also urged the UN to take notice and called for action against the hate-based narrative against Islam.

Prime Minister Imran Khan also wrote letters to heads of Muslim states urging them to act collectively saying “Today, we are confronting a growing concern and restlessness amongst our Ummah as they see the rising tide of Islamophobia and attacks, through ridicule and mockery on our beloved Prophet (PBUH) in the Western world, especially Europe. The recent statements at the leadership level and incidents of desecration of the ,Quran are a reflection of this increasing Islamophobia that is spreading in European countries where sizeable Muslim populations reside” The Independent Permanent Human Rights Commission The Independent Permanent Human Rights Commission (IPHRC), one of the principal organs of the Organisation of Islamic Cooperation (OIC) also condemned the remarks of French politicians encouraging the publication of blasphemous caricatures under the guise of a distorted version of the right to freedom of expression.”

Our religious parties like the TLP need to understand that adopting extreme steps could have very serious repercussions at the global level. Pakistan is not an island. It is a member of the global community. Punitive and harsh actions against any European country could set in a chain reaction of retaliatory measures and add intensity to acts of blasphemy instead of curbing the trend. Engagement with those countries and the global community to discourage Islamophobia is the best option.

As is evident, the government of Pakistan was in the forefront of the campaign by the Muslim world in condemning the French actions.  Under the circumstances it was but natural for the religious entities in Pakistan, particularly the TLP, a religious group formed particularly to protect the sanctity and honour of the Prophet (PBUH), to take a strict view of the situation. It launched a protest movement demanding of the government to expel the French ambassador and to boycott French goods. It surely was their right to express their resentment over the issue.

Since then the TLP has been campaigning hard to have its demands met by the government and also staged sit-ins which sadly turned violent. The government has remained engaged with them to defuse the situation. It rightly felt that the expulsion of the ambassador will have very serious consequences for the country and the issue needed to be thoroughly deliberated in Parliament before any decision could be taken.

However, taking offence at the delay in presenting the issue in the Parliament, the TLP again came out on the streets, disrupting civic life in the major cities of the country and its followers turned violent. The nation saw the ugly incidents of the personnel of the law enforcing agencies being attacked and thrashed, resulting in the martyrdom of more than six of them and injuries to hundreds. This act clearly amounted to challenging the writ of the state and no state can allow this. There is no justification for religious militancy and challenging the writ of the state. It is morally, legally constitutionally and religiously undesirable. It was therefore the duty of the state to take action to establish its writ.

While it is hard to take an issue with the cause that the TLP is agitating for, it is not possible to endorse the antics adopted by it and its followers in this regard. They need to understand that the issue of blasphemy is a challenge for the entire Muslim Ummah and it was already seized of the matter through diplomatic channels, which is the right way of dealing with the issue. Pakistan on its own level is also making relentless efforts to check the rising tide of Islamophobia through diplomatic channels.

In the backdrop of the action taken by the government to ban the TLP, Prime Minister Imran Khan has called on the Western countries which have outlawed any negative comment on the ‘Holocaust’ to use the same standards to penalize those who deliberately spread a message of hate against Muslims by abusing the Holy Prophet (PBUH). He said, “Those in the West, including extreme right politicians, who deliberately indulge in such abuse and hate under guise of freedom of speech clearly lack moral sense and courage to apologize to the 1.3 billion Muslims for causing this hurt. We demand an apology from these extremists.”

Our religious parties like the TLP need to understand that adopting extreme steps could have very serious repercussions at the global level. Pakistan is not an island. It is a member of the global community. Punitive and harsh actions against any European country could set in a chain reaction of retaliatory measures and add intensity to acts of blasphemy instead of curbing the trend. Engagement with those countries and the global community to discourage Islamophobia is the best option.