The fault in our textbooks

Do our textbooks teach what really happened? 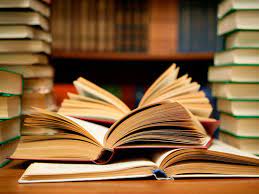 “Every record has been destroyed or falsified, every book rewritten, every picture has been repainted, every statue and street building has been renamed, every date has been altered. And the process is continuing day by day and minute by minute. History has stopped. Nothing exists except an endless present in which the Party is always right.”-George Orwell

Man is fascinated by the spirit of inquisitiveness. By connecting the past with the present, we apprehend the continuity and solidarity of the ages.

In Pakistan, history has always been a controversial subject. It has been a fascinating tale of man’s evolution, of his march on the road to civilization, the mirror of what humanity thought and did during many centuries which have rolled into oblivion. The story of mankind is thrilling and depressing, at once a tribute to the greatness of man and a sad commentary on his silly mistakes.

All the prejudices and preconceived notions that we develop, have their roots in our school education, the stories we hear at home and around. However, what we mostly believe is generally the books, they seem truly authentic. The misinformation in Pakistani textbooks are the fruit of the poisonous tree of historical revisionism. The content of Pakistan’s textbooks has often been pointed out and criticized by different sources, including many within Pakistan, for sometimes promoting religious intolerance, hatred, ethnic conflicts and a stereotypical portrayal of minorities.

Since the 1970s, our school textbooks have unintentionally taught hatred towards India and its inhabitants. The Pakistani school curriculum witnessed some major changes during General Zia-ul- haq’s Islamization.

The emphasis of the curriculum is not much about Pakistan’s cultural heritage. Instead, it aims to show that Pakistan’s cultural linkage and heritage is with the Arab world. This curriculum totally ignores the fact that Pakistan has many minorities living in the country. Hence, the students are not introduced to other cultures and there is no concept of cultural harmony, equality, tolerance and other social factors. In fact, even the Muslim history is taught from the perspective of one sectarian group. The textbooks provoke the sentiments of the students and promote extremism and fanaticism in the young and fresh minds of the Pakistani students.

The most deliberate lie in textbook accounts of Pakistan’s history is by virtue of omission, which is in effect the denial of our multicultural, multi-ethnic and multi-religious past. Among many examples, the wars of 1965 and 1971, and the partition of 1947 are the reason for the falsehood that lies in our distorted view of nationalism.

Our textbooks should be revised to produce good pedagogy. The government should devise policies to prevent religious extremism and intolerance. This effort would help achieve a balance of power and control on the path of national progress.

In our textbooks, these wars are glorified in the name of “jihad”. Unfortunately, peace initiatives are largely ignored in our textbooks. Rather than letting children learn from our past mistakes and errors, we show them a false and blurred picture. Thus, we repeat the same mistakes generation after generation. We don’t have any understanding or sense of the wrong history that is being taught to us. In the USA, a movement called “The lies my teacher told me” was started, from a 1995 book of that name, which examined US history textbooks, and found that they propagated a false, Eurocentric and mythologized view of US history. So, through the same lens we can review Pakistan’s textbooks to explore the contradiction between the actual and the taught events.

Textbooks represent the political perspectives and national ideologies of our government system. The curriculum that we are currently following in our institutions carries false references, a one-sided history and a biased approach. The curriculum and textbook politics has always remained a hurdle in the path of progress and improvement of our education sector. The problem of biased textbooks can be resolved. Many great researchers have postulated that textbooks serve as an opportunity and potential vehicle to eliminate the existing hatred and intolerance in Pakistani society.

Our textbooks are our golden doors. They define our legacy. The standard of a good book is not the morality or the life values it teaches, but the limit to which it develops the thinking power of an ordinary man, and that it induces us to be just and moral.

Our textbooks should be revised to produce good pedagogy. The government should devise policies to prevent religious extremism and intolerance. This effort would help achieve a balance of power and control on the path of national progress.