Online classes during the second wave

Without smartphones, online teaching is inadequate 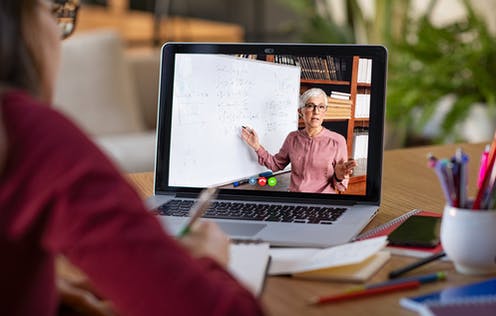 With the reopening of schools in Kashmir on March 1st this year, both parents as well as students were overjoyed to see the good days ahead. Schools in the entire Valley have been closed since 5 August 2019 when Indian Parliament abrogated Articles 35A and 370 of the Constitution, thereby nullifying the special status Kashmir had been granted constitutionally decades before.

In March 2020 these schools were again shut with the outbreak of the covid-19 pandemic and the announcement of lockdown later throughout the globe. The wheels of normal life were choked and almost every sector got badly affected. However the most affected sector was the education sector of every state. So in order to compensate for the academic loss of schoolgoing children, it was decided to launch the virtual mode of academic activity. Imparting education through online mode was thus thought to be the only option. In the absence of high speed internet, it did not prove as successful as was expected last year.

This year in the month of March when government authorities decided to reopen the schools with all covid-19 SOPs in place, all the stakeholders expressed their pleasure about this move. Suddenly when there was a surge in daily covid-19 cases reported in almost every district of the Valley, it was ordered to switch over to the odd-even mode in the schools in order to check the spread of pandemic. However, during the previous week when the number of reported covid-19 cases was doubled, an order from the state disaster management agency, which mandated the shutting of the normal classroom activity, disappointed every student and parent, as well as civil society groups.

During the pandemic situation and in other tough times, the loss of every sector can be somehow compensated, but the academic loss of our future generation is very hard to be compensated. So every attempt is being made both at administrative and societal level to save the future of our children by keeping the window of education open for them utilising all available resources and means.

Caging the faculty members in these deserted schools in the name of on-campus online classes is beyond one’s understanding. If all the students have access to smartphones , the online mode of teaching can be much fruitful even if the lessons are conducted at home by the teachers but the major shortcoming in conducting these classes is the lack of smartphones among the children of poor background.

The resumption of online classes from classes 1 to 12 in all schools on-campus by the faculty members of respective institutions, was mandated through the government’s order to compensate the academic loss of the children.

This government move to facilitate the academic learning of children is viewed from different angles by the stakeholders and non-stakeholders of the society. Why only the schools have been shut and gardens, parks and other recreational activities have been kept open to invite mass gatherings of people, is raising many questions in the minds of people. It can undoubtedly be said that we are in the second dangerous wave of covid-19 hese days and it demands strong measures to be put in place to restrict the further spread of disease.

However, shutting the schools and keeping all other activities running by the administration doesn’t seem a wise decision. From the experience of last year’s online mode of teaching, it can be said that it doesn’t yield good results. For students of higher classes and the students of private schools, it can prove a good option in these tough times but for children of primary, upper primary and even secondary classes and the students of public schools, it is hard to believe that it can yield good results because of many reasons.

In government schools, children of downtrodden and economically weaker backgrounds are mostly enrolled, whose families can’t afford the educational expenses of their children if admitted in private schools. They enrol their children in public schools due to soft financial pressures in view of the free textbooks, free uniform, free admission and free mid-day meals in these schools. They can’t afford to buy smartphones or monthly expensive recharge packs to facilitate the academic learning of their children.

So the concept of online classes is meaningless for such sections of the society. If you believe me , I am the class teacher of 7th class in my school and there are 33 students enrolled in my class. When a week before, I created a Whatsapp group for Class 7th it was found that only three students out of all the 33 possessed a smartphone in the family. Similarly we have 27 students in our 10th class of the school. Out of these 27 students only seven or eight students are attending the online daily classes. The rest of the students don’t have access to a smartphone.

This is the melancholic story of one public school, how many such schools would be presenting the same picture if analysed statistically. A number of students revealed that their parents sold either their cattle or some other article in the home to fetch a smartphone for their children. In view of such circumstances it can be opined that instead of mitigating the sufferings of the downtrodden section of society, the launching of online mode of teaching during this second wave of covid-19 has put both the students and their parents further in mental trauma.

Further caging the faculty members in these deserted schools in the name of on-campus online classes is beyond one’s understanding. If all the students have access to smartphones , the online mode of teaching can be much fruitful even if the lessons are conducted at home by the teachers but the major shortcoming in conducting these classes is the lack of smartphones among the children of poor background.