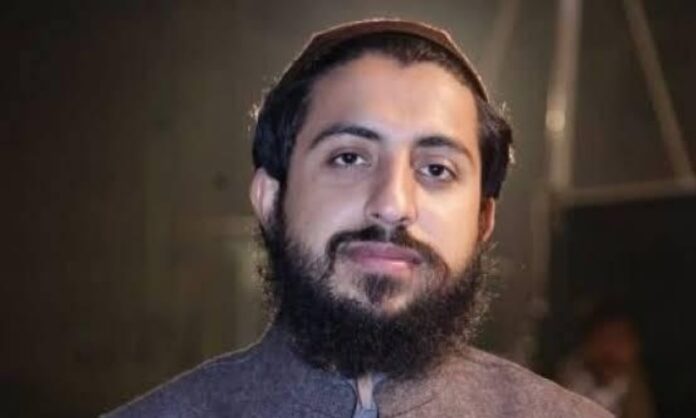 LAHORE/ISLAMABAD: The government has decided to outlaw the hardline Tehreek-e-Labbaik Pakistan (TLP) under the Anti-terrorism Act (ATA), 1997, sources informed Pakistan Today on Wednesday.

Reportedly, Prime Minister Imran Khan has approved a summary on the matter, and it will be sent to the federal cabinet through a circular.

Earlier, security forces swinging batons and firing teargas moved before dawn Wednesday to clear sit-ins by supporters and activists of TLP in Islamabad and elsewhere after at least five people died in clashes, officials said.

Demonstrators had blocked roads in several major cities late on Monday, including Karachi, Lahore, and Rawalpindi to protest the arrest of Saad Hussain Rizvi, head of the hardline religious party.

On Tuesday, Rizvi was charged with instigating the murder of a police constable, who authorities say was kidnapped by protesters and later beaten to death.

Major roads across the country were blocked by the protesters on Monday and Tuesday, but by Tuesday evening police had been able to clear most of the crowds, except in Lahore.

Islamabad Police cleared the Faizabad Interchange that was blocked by protestors. A heavy police contingent was also deployed in Bhara Kahu while all roads leading to the French embassy inside the Diplomatic Enclave were blocked.

In Rawalpindi, Lahore, and elsewhere in Punjab, major roads and highways were cleared of protestors and opened for the public.

In a statement, Punjab Chief Minister Sardar Usman Buzdar expressed satisfaction over the restoration of law and order in the province. “Most of the roads in the province have been reopened. The police, civil administration, and law enforcement agencies are performing their duties,” he said.

He stated that the government was pursuing a zero-tolerance policy against those violating the law. “We will not allow anyone to damage public or private property. Violence and rioting will not be tolerated,” he said, adding that strict action will be taken against those breaking the law and disturbing law and order.

A senior Lahore police official said that 100 workers and supporters of the TLP party had been arrested so far.

‘RIOTERS TO BE DEALT WITH IRON FIST’:

Meanwhile, Minister for Interior Sheikh Rasheed Ahmed said that the government will deal with an iron fist with those who take the law into their own hands, Radio Pakistan reported.

Chairing a meeting in Islamabad to review the law and order situation, the minister directed security agencies to ensure the writ of the state at all costs.

Officials of Punjab Safe Cities Authority informed Rasheed that several places in Lahore are still closed due to the protests.

The minister also lauded Rangers for doing “an excellent job” in collaborating with the police and the administration in this regard.

Whilst addressing a news conference on Wednesday afternoon, Rasheed said that the Punjab government had recommended a ban on the organisation, for which a summary was being sent to the federal cabinet.

“They were more prepared than us but today we’ve decided that [a] ban on TLP [will be placed] and this file is going to the cabinet for the approval from today,” the minister added.

Rasheed said that the police officers taken hostage by the protesters have now been recovered.

“It was our effort till the last moment to convince them to agree on a resolution to be presented in the assembly, but all of our efforts were unsuccessful,” he said, adding that a major reason for their failure was that TLP activists “wanted to come to Faizabad Chowk and Islamabad at any cost”.

Rasheed elaborated that the federal government was still committed to present a bill regarding Namoos-e-Risalat in the National Assembly (NA).

He added that the TLP needed to cease and desist. The minister maintained that while the government wants a document that exalts the Holy Prophet (Peace Be Upon Him) the TLP’s demands would portray Pakistan as an extremist state on the global forum.

The minister stressed that the TLP was being banned “not on the basis of the political situation but because of their character”.

Two police officers and three other people have been killed in the violence which began Monday after police arrested Rizvi for threatening protests if the government did not expel France’s ambassador over blasphemous caricatures of Holy Prophet (PBUH).

According to police, Rizvi’s arrest was aimed at maintaining law and order. But Rizvi’s detention quickly sparked violent protests by his supporters. The protesters blocked highways and roads in several cities.

The deadly clashes come three days after Rizvi in a statement asked the government to “honour” what he said was a commitment it made in February.

He claimed the government promised his party to expel the French ambassador before April 20. However, the government has said it only committed to discussing the matter in Parliament.

Monday’s clashes initially erupted in Lahore. The protesters later clashed with police in Karachi and they continued rallying on the outskirts of Islamabad, which caused travelling issues for the residents.

The reaction from Rizvi’s supporters against his arrest was so swift that police could not clear main highways and roads. Thousands of people were stranded in their vehicles.

Rizvi emerged as the leader of the party in November after the sudden death of his father, Khadim Hussain Rizvi. His supporters have previously held rallies to ask the government not to repeal the blasphemy laws.

Blasphemy is punishable with a mandatory death sentence.

The TLP wants the government to boycott French products and expel the French ambassador under an agreement signed by the government with Rizvi’s party in November.

TLP and other religious parties have denounced French President Emmanuel Macron since October last year, saying he tried to defend blasphemous caricatures of the Holy Prophet (PBUH) as freedom of expression.

Macron’s comments came after a young Muslim beheaded a French school teacher who had shown the blasphemous caricatures in class.

The images had been republished by the satirical magazine Charlie Hebdo to mark the opening of the trial over the 2015 attack against the publication for the original blasphemous caricatures. That enraged many Muslims in Pakistan and across the world.

Charlie Hebdo has long tested the limits of what society will accept in the name of free speech. “We will never lie down. We will never give up,” its editor Riss Sourisseau wrote in explaining the decision to re-publish the cartoons last year.