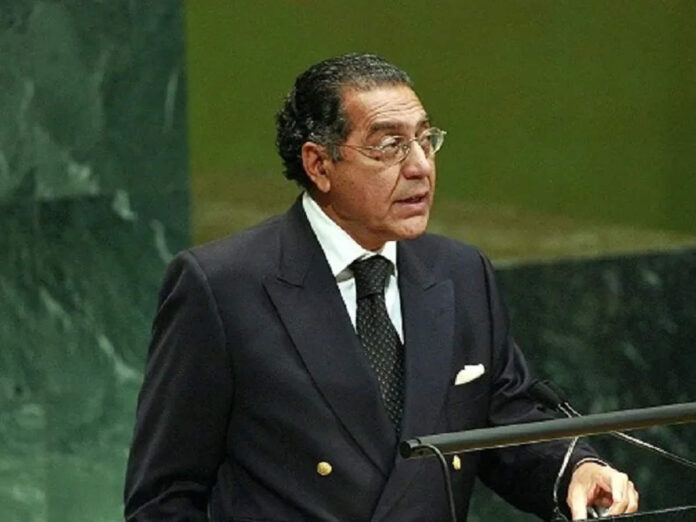 “I believe that the United Nations can play a key role in accelerating private investments for sustainable infrastructure,” Akram, who also heads the UN Economic and Social Council (ECOSOC), told a panel of experts during a meeting on the sidelines of Forum on Financing for Development on Tuesday.

The panel discussed “Accelerating infrastructure investments for a sustainable and resilient recovery and restoring trade”.

In his opening remarks, Akram said that the UN could help boost the investments by facilitating greater coordination between governments, donors, development finance institutions, and the private sector on policy issues, as well as the development of a pipeline of bankable projects.

In this regard, he said that one mechanism already exists under the UN rubric — the SDG [Sustainable Development Goals] Investment Fair — under whose framework governments present specific projects and concrete investment opportunities to the investor community.

“I would suggest that this could be turned into a standing forum that is convened to bring together, investors and governments with bankable projects,” the ECOSOC chief said.

“The Fair can serve as an umbrella platform to bring together all other platforms for a coordinated and coherent approach,” he said, adding it should include both the UN and non-UN platforms, the private sectors, and other stakeholders.”

Akram said that achieving the goal of net-zero carbon emissions by 2050 would require a global transformation in infrastructure, energy, transportation, housing, communications, as well as the industrial and agricultural production modules of all countries.

According to estimates, between $100 to $120 trillion were required to be invested over the next 30 years in sustainable infrastructure.

“If we are to reach the target of zero emissions by 2050 of the current annual funding gap of 2.5 trillion in infrastructure, two-thirds of the gap is in developing countries, where infrastructure investments, declined by 50 billion last year,” he said.

83 per cent of the current investment in infrastructure is publicly funded, according to World Bank data.

A vast majority of developing countries, he said, do not have the public resources to finance infrastructure investments, nor the capacity to borrow at the low interest rates available to the advanced economies.

“Realising the untapped potential of the private sector to invest in infrastructure development will require a range of measures, including building more conducive enabling elements and expanding the pipeline of bankable projects, especially in the developing countries,” the ambassador added.