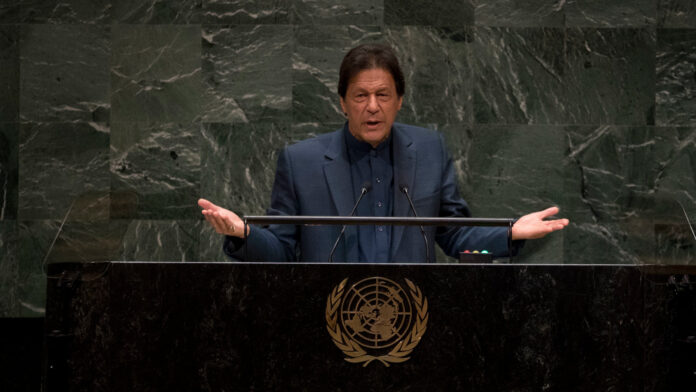 ISLAMABAD: Prime Minister Imran Khan Tuesday said that his government would reach out to the International Monetary Fund (IMF) for a second relief package as the third Covid-19 wave had gripped the country and its service sector had been hit badly.

“We are going to speak to IMF because we see disruptions ahead. Just when our economy was recovering and all the indicators were positive, unfortunately, we will have to review the whole situation and our new Ehsaas Programme.

The event was also attended by Federal Planning Minister Asad Umar, with virtual attendance by the assistant secretary-general, assistant administrator and UNDP regional director for Asia and the Pacific Kanni Wignaraja.

The report, presented by the lead author Dr Hafeez Pasha, explores the many dimensions of inequality in Pakistan. These dimensions have been captured both at the national and provincial levels, exploring inequality between and within Pakistan’s provinces.

In addition, inequality has been measured from the perspective of people focusing on children, labour, youth, and women. The report takes a comprehensive approach, exploring not just economic measures such as income and wealth, but also studying inequalities in human development – the true measure of a country’s success.

The prime minister said that Pakistan was having a far worse third wave than the first one.

He said that in the United States with a population of 330 million, around $4 trillion were given out to Covid-hit people contrary to Pakistan which distributed just $8 billion among a population of $220 million.

“So I think, this is time for the second package and we will obviously talk to IMF,” the prime minister said.

PM Imran noted that the report released by the UN body points out the areas that have deficiencies, the people that have been left behind, and the situation of the religious minorities and transgenders.

The premier said that the data from the report will help “to protect these people by directly subsidising them”.

Moreover, the prime minister observed that the IMF head realised the seriousness of the situation as conditions could not be imposed on the people already suffering owing to the pandemic.

Provinces not kept in the loop on law and order situation: CM Murad