The dispute must be seen in the context of relations overall 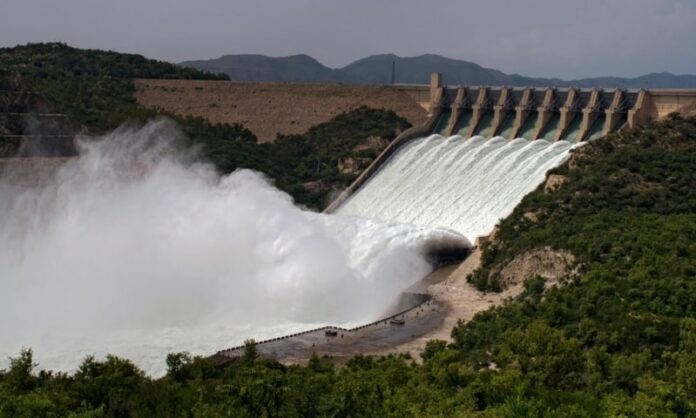 The Indus Basin Waters Treaty brokered by the World Bank as guarantor gave Pakistan control over the waters of the Indus, Chenab and Jhelum Rivers. India retained control over three eastern rivers —the Beas, Ravi and Sutlej. The treaty also allowed India to use the waters of the western rivers in ‘non-consumptive’ ways. This was interpreted as a permission to build run-of-the-river hydel projects that do not change the course of the river and do not deplete the water level downstream.

India, however, has flouted the provisions of the agreement, leading to a dispute between the two countries over the construction of a hydro-electric plant on the River Neelum, known as the Kishanganga in India. The Kishanganga River flows through the regions of Neelum in AJK and Astore before entering the Indian-held region of Gurez.  The dam gives India control over a river that flows from Pakistan into Indian-held Kashmir and then re-enters Pakistan.

Indian Prime Minister Narendra Modi inaugurated the project in May 2018. Pakistan regarded the construction of the Kishanganga Dam as a violation of the provision of the IWT allowing non-consumptive use of the water of western rivers, which obligated India to make sure that this use did not change the course of the river nor deplete the water level. Pakistan also objected to the design of the project and height of the dam, which it maintained was beyond the permissible limit.

The construction of the Kishanga Dam started in 2007.  Pakistan took the matter to the Permanent Court of Arbitration at The Hague in 2010, which stayed the project for three years. But in 2013, the court ruled that the Kishanganga was “a run-of-the-river plant within the meaning of the Indus Waters Treaty and that India may accordingly divert water from the Kishanganga (Neelum River) for power generation”. The court also ruled that India was under an obligation to “construct and operate” the Kishanganga Dam in such a way that it “maintains a minimum flow of water in the river”. The minimum flow was fixed at 9 cumecs, or cubic meters of water per second.

India extended the assurance that it was lowering the height of the dam from the planned 98m to 37m and resumed construction at full swing. Pakistan, however, collected evidence to prove that India was violating the treaty as well as the court’s verdict.  In August 2016, Pakistan approached the World Bank to appoint a court of arbitration to review the designs of Kishanganga and another project on the Chenab, called Ratle. India rejected the suggestion, saying that Pakistan’s objections were technical in nature and that the matter should be decided by a neutral expert. Pakistan disagreed, arguing that a decision by a technical expert was non-binding and India would be under no obligation to implement the expert’s recommendation. The World Bank set in motion both processes but paused them when India and Pakistan refused to withdraw their proposals. After the pause, the Bank held several rounds of talks but the dispute remains unresolved till now.

In the backdrop of the fact that relations between the two countries were in a nosedive since Narendra Modi became Prime Minister of India and his illegal and unilateral actions in Indian Occupied Kashmir, these overtures can justifiably be regarded as positive developments. However, instead of symbolic gestures concrete steps are needed to move towards permanent bonhomie between the two states through the resolution of all outstanding disputes, including Kashmir.

It is pertinent to mention here that the Indian Prime Minister Narendra Modi, in complete disregard of the IWT, has also threatened to divert the water of the western rivers towards the Indian mainland. The situation has added enormously to the already strained relations between the two countries over the Kashmir dispute and may become the cause of an armed clash between the two nuclear neighbours if the dispute is not resolved amicably. Squeezing the flow of water in the western rivers could harm agriculture in Pakistan irretrievably.

Quaid-e-Azam Muhammad Ali Jinnah was right in declaring Kashmir the jugular vein of Pakistan. Apart from other factors justifying Kashmir’s accession to Pakistan, he was fully aware of the fact that the rivers that flow through Kashmir into Pakistan were a lifeline for her and Indian control on them could harm Pakistan’s economy. Perhaps it is pertinent to point out that all the rivers covered under the IWT  originate from Himalayas and flow into Pakistan through Jammu and Kashmir.  The Neelum River is a tributary of the Jhelum River.

India is not only violating the Indus Water Treaty but is also guilty of breaching the international protocols regarding sharing of water between the riparian states and The International Law of Water Resources. Another factor which needs to be highlighted is that India is an occupying force in Jammu and Kashmir in terms of the UN resolutions which stipulate the process of accession of the state to either India or Pakistan through a plebiscite held under its auspices. Indian action to change the status of the state through a decree or by altering the demographic realities constitute blatant violation of UNSC resolutions, the Fourth Geneva Convention and international law. Similarly it has no right to divert the river waters.

The Indian leadership must realize that its continued hostility towards Pakistan is undermining the long-term strategic and economic interests of both countries. Both of them need to live in peace to change the fate of the millions living below the poverty line. Removing the factors bedevilling their relations and resolution of the disputes between them was an inevitable policy option for both of them.  It is therefore incumbent upon both sides to engage in a meaningful dialogue with sincerity of purpose to resolve all the disputes between them, including Kashmir as well as issues related to implementation of the IWT in letter and spirit as per the mechanisms provided in the treaty itself.

In this regard, there was the two-day meeting between Water Commissioners of India and Pakistan on 23-24 March in New Delhi in which both sides decided to interact more frequently in order to resolve the issues through bilateral discussions, which is a welcome development. Under the provisions of the IWT the two Commissioners are required to meet at least once every year, alternately in India and Pakistan.

The meeting could not be held last year which analysts attribute to the nosedive in relations between the two countries over Indian action in Indian-Held Kashmir. It is believed that this interaction between the two water commissioners was linked to the recent developments like the agreement on ceasefire along the LoC, letters of felicitation by the Indian President and Prime Minister to their Pakistani counterparts on the eve of Pakistan Day and the expression of the desire for cordial relations with Pakistan, the response given by the Prime Minister Imran Khan, and the discourses given by him and COAS Gen Qamar Javed Bajwa at the Islamabad security dialogue expressing the desire to make a new beginning.

In the backdrop of the fact that relations between the two countries were in a nosedive since Narendra Modi became Prime Minister of India and his illegal and unilateral actions in Indian Occupied Kashmir, these overtures can justifiably be regarded as positive developments. However, instead of symbolic gestures concrete steps are needed to move towards permanent bonhomie between the two states through the resolution of all outstanding disputes, including Kashmir.