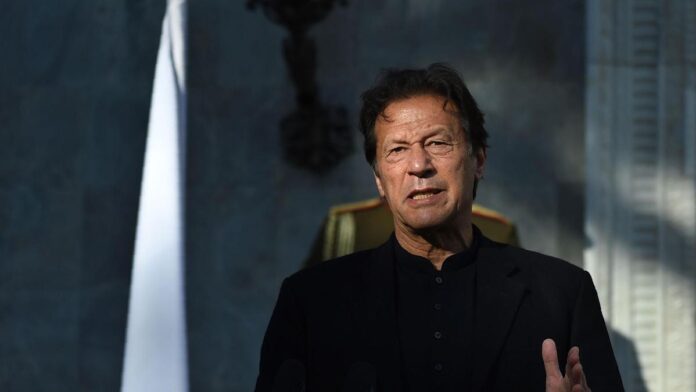 ISLAMABAD: As the federal government has prepared a comprehensive development package for Gilgit-Baltistan (GB), Prime Minister Imran Khan along with key federal ministers are likely to visit Gilgit early next week to make an announcement regarding the development plan.

A reliable source informed Pakistan Today that the premier and other key ministers, during a meeting held on Friday, finalised the development plan, which included energy, infrastructure, communication and social development projects worth over Rs250 billion.

“The PM and some key federal ministers are likely to visit Gilgit on April 5 or 6 to make the announcement regarding the development plan,” the source said.

This was the second meeting this week regarding the GB package, as the premier, on March 30, had approved the overall plan submitted to him by an apex committee formed for making proposals.

However, some projects related to communication, internet facilities and so on were deliberated and approved on Friday, the source informed.

Projects related to clean energy, transport and communication, health, infrastructure, water sanitation and tourism are part of the package.

A hint about the package worth billions of rupees was dropped in January this year after Federal Minister for Planning, Development & Special Initiatives Asad Umar and GB CM Khalid Khurshid jointly chaired the inaugural meeting for the preparation of an integrated plan for the development of the region.

Following the meeting, technical working groups comprising relevant chiefs of the ministry of planning and development and officers of GB were constituted.

As per officials, PM Imran, during the meeting, said that the provision of 3G and 4G internet services in GB were vital for exploiting the true potential of youth and promoting tourism in the area.

It will also help youth in getting online education and utilizing their capabilities through information technology besides benefitting from the potential of tourism, he added.

The meeting deliberated on various projects and other related matters for bringing about further improvement in communication links and internet facilities in the Northern Areas.

The PM directed the Ministry of Information Technology, Special Communications Organization (SCO) and Pakistan Telecommunications Authority (PTA) to continue to strive for improved connectivity in Gilgit.

As per Pakistan Today’s sources, the meeting was informed that the 3G and 4G issue with SCO has been resolved. After due deliberation, the SCO has agreed to withdraw stay from the courts to facilitate other cellular companies to participate in the bidding process.

The PM was also informed that a consultant has been hired and will submit a report at the earliest.

Other projects which were also discussed and approved were the establishment of a dedicated display centre/expo centre in Gilgit, a sanitation and sewerage system, bulk oil depot in Skardu and LPG Air Mix Plant at Skardu, Hunza and Chilas.

Meanwhile, Prime Minister Imran said that the present government was committed to the development of GB and has already approved a historic development package for GB, which will herald a new era of progress in the area.

He maintained that, compared to past regimes, the present government was giving special attention to improving connectivity in GB and the government’s commitment was also evident from 250 per cent increase in the allocation of funds for communication links in the area.