The man was chanting slogans in support of terrorist groups 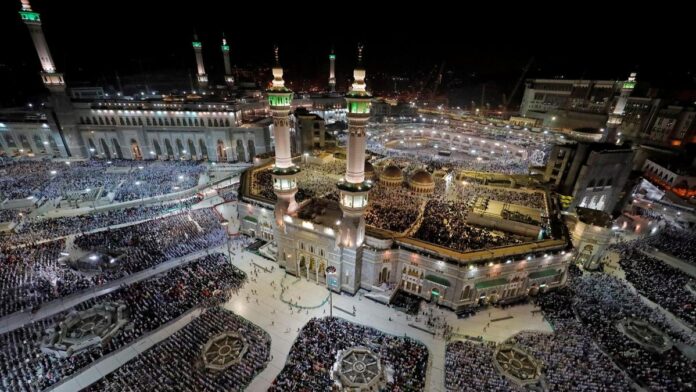 A man with a knife was arrested from Makkah’s Grand Mosque for chanting slogans in support of terrorist outfits after Asr (afternoon) prayer on March 30, according to the Saudi Press Agency.

A spokesman for the Makkah police said that the mosque’s security officials arrested the man immediately and started legal procedures against him.

According to a report, the man was spotted at the mosque’s first floor, where he was brandishing his knife and sloganeering, and was immediately arrested by the security officials present on the site.

Sheikh Abdul Rahman Al Sudais, head of the Presidency for the Two Holy Mosques, said “use of racist and extremist expressions is outside the doctrine of Islam”.

He added that the man “did not respect the sanctity of the place. God has made the Grand Mosque a place of worship, including prayer, tawaf (circumambulation) and Hajj”.

Earlier in October last year, a man had crashed his car into the outer gates of the Grand Mosque. However, the security guards had chased the man, who was said to be in an “abnormal condition” by the Makkah authorities.