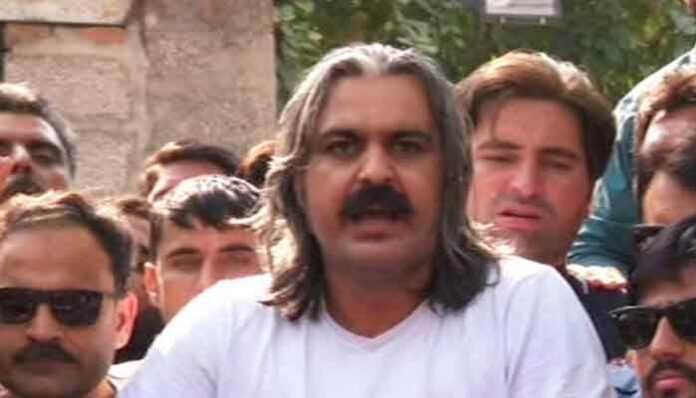 Federal Minister for Kashmir and Gilgit-Baltistan (GB) Affairs Ali Amin Gandapur spoke out against the people who were lambasting him on social media after a video of his son driving went viral.

Gandapur’s underage son was seen in the video louting traffic regulations by driving while the federal minister himself sat in the passenger seat of the cry.

The minister took to Twitter defended himself by saying traffic laws apply on roads, motorways and highways, while his son was driving the car on fields owned by him.

“Firstly traffic law applies on roads, highways or motorways so no law is violated, upgrade your knowledge. Secondly, it’s my own land, my own vehicle, and my own son. Thirdly, grow up Mr Mansoor Ali Khan and others who negatively commented and mind your own business,” said the minister.