Too much politics, too much positivity 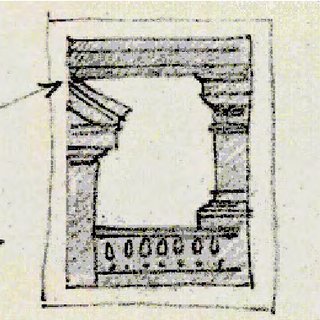 Is politics the only activity one should remain engaged in? if one were to look up dictionary to learn what the word ‘politics’ implies, the answer is yes, since politics has been defined as  “the activities associated with the governance or improvement of a country”.

Since all patriotic Pakistanis wish to improve the conditions of their country, therefore there is no surprise that people take so much interest in politics, which of course should not be our primary aim.

However, all big and small political events find their place in the newspapers. In all congregations of people, politics is the most favourite topic. With the advent of electronic media, politics has become a catchword in our homes and those of us who do not know the political environment of the country, are regarded as boorish or outcasts.

But there is little that is done in our individual positions for our own improvement or for the improvement of the common masses. The practical job of bringing improvement in society is thought to be the task of their representatives sent to the assemblies through their vote, but their own political awareness, they think, has virtually nothing to do with changing their own attitudes.

Such an obsession with politics only suits the professional politicians, and not the general public. However the general public must remain abreast of what is going on in the politics of the country, so that when they are called upon to decide as to who should govern their country, they should be fully aware of the political activities of various leaders and parties, and their ability to handle the affairs of the state, so that they vote for the right person.

For a common man to engage in political activities on day-to-day basis would be a sheer waste of time, something in which most of our idle people indulge, which is neither good for them nor for the country.

We daily watch on TV talk shows where the practice of mud-slinging at other political parties is a common feature which often leads to bitter skirmishes and sometime even to violence between the participants. These talk shows often get bogged down in vituperative language even when no big issues are involved. These verbal bouts, instead of making people learn something about political issues, provide them a sour taste of politics.

Hence the time taken by these talk shows only serves to waste public time in fruitless and petty discussion of non-issues. Thus for better training and awareness of the masses in politics, the channel operators should not make such shows a routine practice and should allow them only when there is some important or vital political matter on which public awareness is deemed necessary. Otherwise, when there are no issues to discuss, the hosts are forced to duscuss non-issues, which leads to a lowering of the quality of debate.

Another malady we suffer from is our too much dependence on self-help guides, which means our excessive tendency to be positive all the time. In some ways it cripples our freedom and spontaneity.

Improving our lives hinges not on our ability to turn lemons into lemonade, but on learning to stomach lemons better. We must know that human beings are flawed and limited. None of us is perfect in our lives. We must accept our limitations, and by so doing we will also admit our fears, faults and our uncertainties

Improving our lives hinges not on our ability to turn lemons into lemonade, but on learning to stomach lemons better. We must know that human beings are flawed and limited. None of us is perfect in our lives. We must accept our limitations, and by so doing we will also admit our fears, faults and our uncertainties.

We should also confront the painful truths about ourselves and thus begin our life with honesty, courage and perseverance. And by doing so we will lead contented and grounded lives.

Our present culture is obsessively focused on unrealistically positive expectations: We are indoctrinated to be happier, healthier, stronger, and always better than the rest. Ironically, this fixation on the positive— on what’s better, what’s superior— only serves to remind us over and over again of what we are not, of what we lack, of what we should have been but failed to become. After all, a truly happy person does not feel the need to stand before others to tell them that he is indeed happy.

Next is our attitude to money. All of us know that money is a nice thing, but caring about what you want to do with it, is more important than simply earning money. One should find meanings in important things on which one has a control and should not worry about things on which one has no control. Values (like reputation, or popularity) which are not in one’s control should not be consciously pursued. Only those values should be pursued which are under one’s control, like punctuality and hard work and such like, and the rest should be given in the care of the Almighty.