India has not changed since Independence 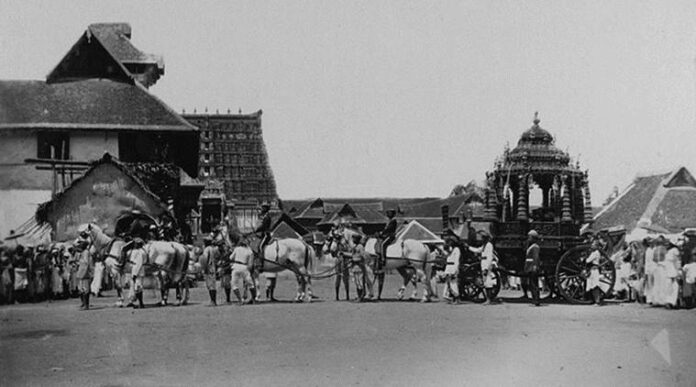 Ever since the creation of Pakistan following partition of the sub-continent, political leadership of India somehow has not reconciled with the new independent state.

Right from the first Prime Minister of India, Pandit Jawahir Lal Nehru, down to the present incumbent, the mass killer of Gujerat Narendra Modi, all have been harbouring hostilities and enmities towards Pakistan in their brutal attempts to destabilize it one way or the other. In all fairness, the fascist RSS-minded Modi has taken the lead over all former Prime Ministers in fostering enmity against Pakistan, promoting the RSS philosophy of Hindutva by resorting to all tactics and measures.

Relations between the neighbouring countries over the years have been marred by fighting three wars, except for brief interludes as when Morarji Desai took over the reigns as PM in 1977, or with Atal Bihari Vajpayee’s bus trip to Lahore, New Delhi throughout has been persistently and constantly trying to foment trouble in Pakistan through sponsoring terrorist attacks from the soil of Afghanistan and using all other means to destabilize its neighbouring country.

Pakistan is also apprising the world powers, the international community at large, human rights organizations and all international forums, about India’s false and fake propaganda against it, pointing out New Delhi’s intentions endangering the region’s peace and stability and dangers and threats which are looming large on the horizon if the Indian fascist ruler Modi is not checked, pressurized and stopped from indulging in hostile acts against Pakistan, ignoring the fact that both neighbouring countries are nuclear powers

As briefly mentioned earlier, New Delhi’s hostile attitude towards Pakistan has assumed new dimensions following the coming into power of extremist Narendra Modi with the cooperation of RSS as coalition partners trying to emulate Hitler in hostilities, but against Musims rather than Jews.

Modi-led India is involved in promoting an anti-Pakistan agenda in many domains including state sponsored terrorism, targeting its economy, using diplomacy , fomenting chaos, Kashmir and social issues, as well as resorting to water aggression.

European Union based DisinformLab has fully exposed the planned propaganda against Pakistan on the behest of the state of India. Recently, European Union parliamentarians were invited to visit India’s Illegally Occupied Jammu and Kashmir (IIOJK) in a sponsored visit to create the impression that all is well in its occupied territory even though the whole population is living under prolonged complete lockdown since 5 August 2019. The parliamentarians, some of whom declined to undertake the state-organized visit, were invited in their personal capacities but were falsely portrayed as European Union representatives.

Modi staged the Pulwama attack, killing 40 of his own CRPF jawans, and blamed Pakistan for this act, which was staged by him as an election stunt. The Indian devilish designs against Pakistan have been clear in a brute attempt to check its capability of countering the India threat.

Besides frequently sending spy drones for gathering information, which were downed by the Pakistan Army, it was in the last week of February 2019 when the Indian Air Force tried to launch air strikes. But the Pakistan Air Force very strongly retaliated shooting down two intruding Indian MIGs on 27 February 2019, one of which fell in Pakistan and its pilot was taken into custody and the other in Indian-Occupied Kashmir. This was more than enough humiliation for Modi and his team of advisors soon after the utter failure at Pulwama. The Indian media trumpeted it as India’s success, but Pakistan had provided proof of the failure of the Indian plans to the foreign military observers based in Islamabad.

According to facts and figures available from official sources, the country has lost more than 70,000 precious lives of civilians, including women and children and officers and jawans of the Armed Forces of Pakistan and security institutions, in the fight against terrorism, extremism and militancy besides suffering heavy economic losses also.

Official sources emphatically maintained that we are on the right path and will always be, the writ of the State is everywhere, no terrorist stronghold is found in the country, there are small unorganized groups here and there but there is no evidence of an organized infrastructure.

In order to chase, kill and eliminate terrorists from the sacred soil of Pakistan, operation Raddul-ul-Fasaad was launched with a two-pronged strategy involving both counter-terrorism and counter-extremism, and it has successfully completed four years securing significant achievements through massive operations regularly and persistently being carried out, the tribal areas now form part of Khyber Pukhtoonkhwa province and the rate of terrorist incidents was reported to have been reduced by up to 45 percent in 2020 as compared to the previous year.

As India persists with its proxy war against Pakistan, minimizing Muslims and other minorities in India, resorting to measures for turning predominantly the Muslim majority into a minority in its occupied territory of Jammu and Kashmir and so interpreting the Indus Basin Treaty so as to suit its evil designs of turning Pakistan into barren land by building dams on Pakistani rivers, and persistent violation of the Line of Control, the civil and military leadership of Pakistan has been ensuring, and continues to ensure, the strictest vigilance over the devilish designs of India and effectively to counter Modi’s hostile activities on all fronts.

At the same time, Pakistan is also apprising the world powers, the international community at large, human rights organizations and all international forums, about India’s false and fake propaganda against it, pointing out New Delhi’s intentions endangering the region’s peace and stability and dangers and threats which are looming large on the horizon if the Indian fascist ruler Modi is not checked, pressurized and stopped from indulging in hostile acts against Pakistan, ignoring the fact that both neighbouring countries are nuclear powers.

Pakistan continues to exercise restraint to ensure that peace here and beyond the borders is not threatened, despite Indian hostilities and people of Pakistan continue their march onwards on the path of progress and prosperity by remaining vigilant and determined to ensure national security, stability and peace at all costs by remaining vigilant as they have always been along with those treading the corridors of power.