Govt wants to take opinion of all stakeholders, court told 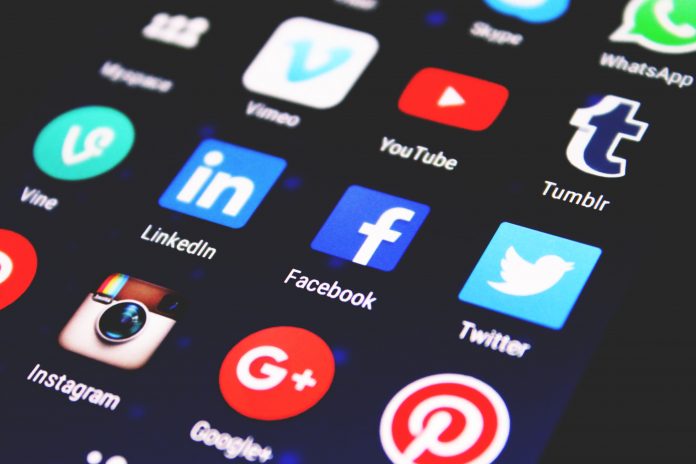 ISLAMABAD: The Islamabad High Court (IHC) on Friday directed the federation to prepare a report within one month time period on social media rules after consulting all stakeholders.

The court asked the attorney general of Pakistan to submit its report by April 2, in this regard. “A verdict on the petitions challenging the policy will be announced once we have seen the report,” the court maintained.

At the outset of the hearing, Deputy Attorney General Tayyab Shah said that the government wanted to take the opinion of all stakeholders, adding that some had been consulted in it.

The court directed the AGP to presents his report within one-month and stated that the court would issue a judgment on petitions regarding social media rules after viewing the report.

A day earlier, India had announced its own new rules to regulate big social media firms, such as Facebook and Twitter, in the latest effort by Prime Minister Narendra Modi’s government to tighten control over Big Tech firms.

The rules came after Twitter ignored orders to drop content on farmers’ protests, fuelling the government’s zeal, dating from 2018, to clamp down on material it regards as disinformation or unlawful.

Pakistan has had its own troubles with misinformation being spread, or cultural niceties being usurped, purportedly due to the lack of regulation on social media platforms.

Last week, a Taliban militant, who nine years ago wounded Nobel Laureate Malala Yousafzai had threatened a second attempt on her life, tweeting that next time, “there would be no mistake”.

In this case, the prime minister’s focal person on digital media, Arslan Khalid, had said that the account was “fake”. He had also informed her that Twitter and telecommunication authorities had been notified “as such miscreants using fake accounts and spreading hate shouldn’t be allowed on any social media platform”.

On February 16, the Parliamentary Committee on Kashmir had grilled the regional head of social media platform, Twitter, for silencing voices of thousands of Kashmiri and Pakistani activists projecting the plight of people of Indian Occupied Kashmir (IOK).

In a special hearing held at the Parliament House, Committee Chairman Shehryar Khan Afridi had led the questioning of George Salama, who heads the Twitter regional office in the United Arab Emirates (UAE).

Salama, who attended the meeting through Zoom, had said that Twitter has a specific policy and discourages hate speech and upholds freedom of expression.

He had said that Twitter authorities would ensure freedom of speech to all and voices of minorities would never be silenced.

Afridi had raised the misuse of Unlawful Activities (Prevention) Act (UAPA) black law by Indian occupational authorities and silencing of voices of Kashmiris.

Responding to Afridi, the Twitter representative had said that Twitter’s official position would remain equal for all parties of the conflict zone. “We are working closely with PTA to ensure equal opportunities to social media users,” Salama said.

On February 12, the Pakistan Telecommunications Authority (PTA) had issued a statement in which it was learned that 280 valid handles had been suspended, alleging that “under Indian influence, the social media platform is not only depriving Pakistani users of their fundamental rights but also violating its own community guidelines”.

But this was not the first time Pakistan has contacted Twitter over the suspension of users’ accounts. A similar response was sought from the tech giant in September 2019, days after New Delhi stripped Kashmir of its semi-autonomous status.

In November 2020, the federal government had notified the Removal and Blocking of Unlawful Online Content (Procedure, Oversight and Safeguards) Rules, 2020,” which have been framed under the Prevention of Electronic Crimes Act 2016 (PECA) to counter the flow of illegal, blasphemous, obscene or defamatory content on social media.

The rules, among other things, mandate a majority of social media platforms to register with the PTA and establish a permanent registered office, with a physical address.

Under the rules, PTA would not restrict or disrupt the flow or dissemination of any online content except in the case of removing and blocking access to an online content that goes against the interest of Islam, integrity, security and defence of Pakistan, public order, public health, public safety, decency and morality. It would also remove or block content that constitutes an offence under different sections of Pakistan Penal Code (PPC), 1860 or of the Code of Criminal Procedure (CCP), 1898.

Arsalan Khalid, the prime minister’s focal person on digital media, had told Anadolu Agency that “there is lack of clarity and communication on part of Twitter” and “such actions build the perception that Twitter is biased against Pakistan especially on topics like Kashmir.”

Twitter is not the only social media platform that has raised concerns with Pakistan. On February 11, the chief justice of the Lahore High Court (LHC) had directed the Federal Investigation Agency (FIA) to compile a list of those YouTube channels, or accounts on any other social media platform, which may be speaking against the judiciary and to take action against them.

Pakistan Electronic Media Regulatory Authority (PERMA) Chairman Muhammad Saleem Baig, in reply to a question about free speech posed by the chief justice during the hearing, had said that the precedent has been set wherein the authority has taken action in 129 cases of people speaking against the judiciary.

In a recent such incident, the chairman had cited that a TV channel had been suspended and imposed upon with a Rs1 million fine.

Last year, PTA on October 19 had lifted the months-long ban on popular Chinese video-sharing service TikTok, with a caveat that accounts of users posting obscene content will be blocked.

“TikTok is being unlocked after assurance from management [of TikTok] that they will block all accounts repeatedly involved in spreading obscenity and immorality. TikTok will moderate the account in accordance with local laws,” read a tweet on PTA’s social media handle Twitter.