Ending the Yemen conflict is good for the USA too 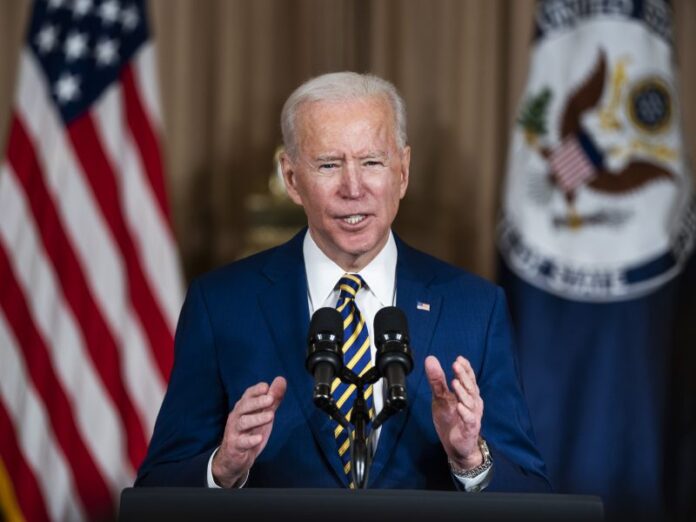 More than two decades ago, US Secretary of State Madeleine Albright termed US presence and role in regional and global scenarios “indispensable”. However, the global community is prone to use the term “incompetent” instead of “indispensable” after the steps which had been taken during President Trump’s tenure under the aegis of his “American First” policy regarding foreign policy, global warming, human rights, covid-19, continuous participation in wars and conflicts in other regions, and many more decisions that collectively tarnished the repute and image of the USA. So, the Biden presidency is the hope for a revival of the US role in regional and global affairs. President Biden also intended to halt US support for the Saudi-led coalition in Yemen.

Pro-democratic protests posed a grave threat to the sitting government of Syria in 2015 when Houthi rebels took over the capital, Sana’a, and among other things, called for the end of the authoritarian regime of Abdrabbuhu Mansour Hadi. Ultimately, violence erupted as the result of the use of police, military, and paramilitary forces against civilians. Protesters demanded the end of the Hadi regime as well as of authoritarian practices. Hadi extensively relied on the use of force to counter the violent mobs of infuriated protesters, which were backed by Houthi rebels, who in turn had support from forces loyal to former President Ali Abdullah Saleh, who tried to make a comeback.

Later on, another set of protests led to the deadliest war and humanitarian crisis in Yemen, where Iran-backed Houthi rebels are fighting the Saudi-backed government. The Houthis call themselves the Ansar Allah, and are Zaidi Shias. Hadi is in exile in Saudi Arabia, which has launched an invasion to restore him, and has been involved in the conflict since 2015.

Currently, there are a number of factions that are being backed by Saudi Arabia, the UK, and France, Iran, Russia, and the USA to fulfill their respective regional interests. The USA was an important supporter of the Saudi-led military campaign in Yemen during the Trump era. In the Trump Administration, the USA designated the Houthis as a foreign terrorist organization, which fueled the fire by merely infuriating them. The global community was looking to revive US policies toward the gross violation of human rights by the Saudi-led military campaigns as over 100,000 people have been killed in the prolonged Yemen conflict. The UNO and various human rights organizations also deprecated the US support to Saudi Arabia, because it facilitates the abuse of children’s and women’s rights, especially.

However, there is a dramatic shift in the US stance after the Trump era. Trump supported the Saudi-led coalition, especially its bombing campaign in Yemen. With the coming of the Biden Administration, there may well be a change, because Mr Biden has vowed many times to end the US support to Saudi Arabia in the civil war of Yemen. “The war in Yemen must end,” President Joe Biden opined while addressing his first speech on foreign policy.

Now, the most important question arises, what could possible changes be made regarding Yemen during the Biden Administration? In fact, the US support of the Saudi-led group against Houthi aggravated the situation in the region. One of the results of the announcement of the US President that the USA will not support offensive operations, even by precluding the sale of precision-guided munitions to Saudi Arabia and the United Arab Emirates. It is important to mention here that the Biden Administration already put a temporary hold on arms sales to Saudi Arabia and the UAE.

President Biden decided to halt US support for the Saudi-led military campaign. This decision of the Biden Administration is being admired by Americans and the global community because the decision would secure US interests by changing public opinion outside of the USA about her tarnished image. The  UNO, the USA, and the global community should also play a role to stop the violation of human rights in Yemen. It is time to make America “Indispensable” rather than “Incompetent” in dealing with global issues.

Yemen is on the brink of starvation, and blatant violations of human rights can be seen. The US support to Saudi Arabia in the civil war tarnished the image if the USA not only at the regional level, but also at the global. So, President Biden intended to deal with the Yemen crisis through a new shift in US foreign policy by halting its support to Saudi Arabia.

As a result of Thursday’s announcement, the USA will stop supporting offensive operations, including the sale of precision-guided munitions to Saudi Arabia and the UAE.

According to the United Nations, the Yemen crisis has been declared as the world’s worst humanitarian crisis with 80 percent of the population being in dire need of aid or protection. The UNO called multiple times to end the crisis to maintain peace in the region because of the severe violation of human rights in the conflict. Not only Americans and human rights organizations, but also the global community welcomed the policy statement of President Biden. It is being assumed that American tilt in her foreign policy toward Yemen, and away from Saudi Arabia, will help to address the issue that disrupted the peace of the region.

Congressmen, who had been calling for stopping US support to the Saudi-led group in Yemen also expressed positive remarks on the recent shift in US policy toward Yemen. According to Rep Ro Khanna, D-Calif, who is among the staunch advocates for the halting of US support for the bombing campaign of Saudi Arabia, “One of the reasons there’s moral urgency in the Biden administration to end this war is, I think there is a guilt.”

Representative Khanna further opined, “We need to make clear to the Saudis that their relationship on the Hill has been badly damaged, and if they have any hope of repairing it, they need to lift the blockade… and make a peace deal,” he said, referring to a Saudi-coalition blockade obstructing the delivery of food and medicine to Yemen.

Apropos to a news piece with the title, “Biden to Announce End to U.S. Support for Offensive Military Operations in Yemen” contributed by Dave Boyer in The Washington Times. finally, President Biden decided to halt US support for the Saudi-led military campaign. This decision of the Biden Administration is being admired by Americans and the global community because the decision would secure US interests by changing public opinion outside of the USA about her tarnished image. The  UNO, the USA, and the global community should also play a role to stop the violation of human rights in Yemen. It is time to make America “Indispensable” rather than “Incompetent” in dealing with global issues.