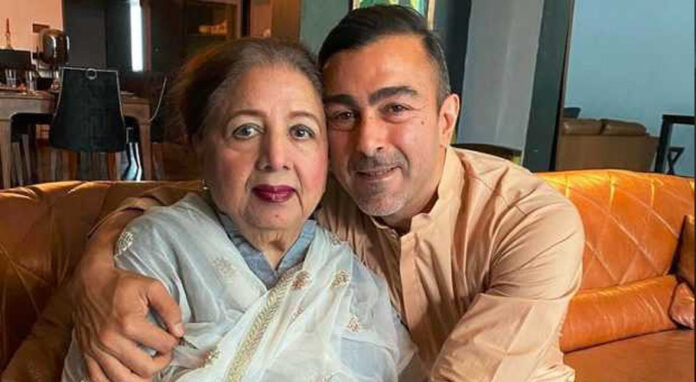 Renowned Pakistani film actress and mother of Shan Shahid, Neelo Begum died on Saturday.
Taking to Twitter, film star Shan Shahid confirmed that his mother has died of cancer. He said, “It is with the saddest of heart I share the departure of my mother as she has gone to her creator. May Allah bless her.”
Born on 30 June, 1940 in Bhera, Sargodha, Neelo at the age of 16 appeared in Bhowani Junction (1956), a Hollywood film shot in and around Lahore. She got her big breakthrough from the film Saat Lakh (1957) as she performed at the song “Aaye mausam rangeele suhanay”, a song by the renowned music director Rasheed Attre.
Neelo won the Best Actress Nigar Award for the film Zarqa (1969), produced and directed by Riaz Shahid.
She was born into a Catholic family and her birth name was Cynthia Alexander Fernandes. Neelo embraced Islam and was married to film screenwriter and film director Riaz Shahi. She adopted the name Abida Riaz and Neelo was her screen name.
The iconic Lollywood actress has more than 136 films to her credit in her five decades-long acting career in the Pakistani film industry. Her notable films other than Zarqa includes 1961: Do Raste, 1962: Ghunghat, 1966: Badnaam, 1975: Sultana Daku, 1977: Sadqay Teri Mout Tun, 1979: General Bakht Khan, 1990: Bulandi, 2013: Waar.