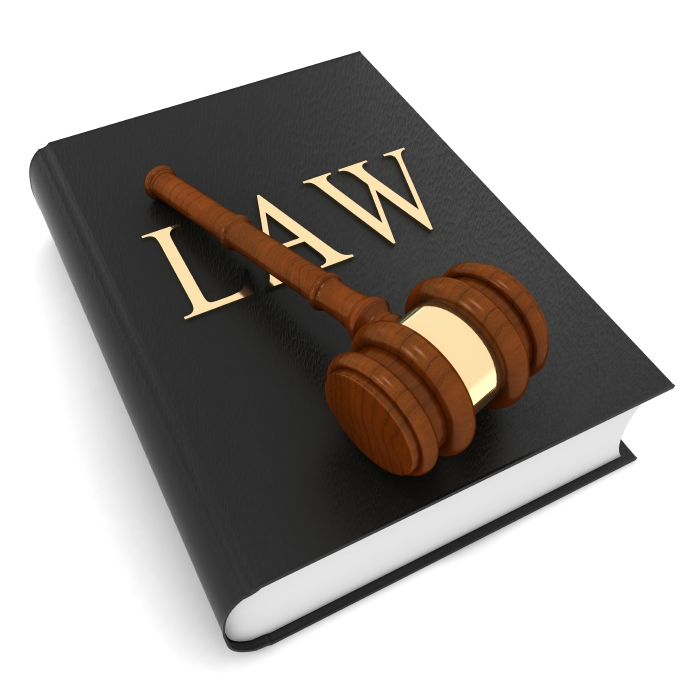 The legal framework was enacted for the advancement of civilization. Laws are required to provide equal protection for the weak and the powerful. Recently a lot has been written about the ‘Law of the Jungle’. Enlightened scholars now believe that the Animal Kingdom follows strict codes of conduct while the humans violate rules. Recently I saw an animal post saying, “Please do not litter our habitat.” Animals hunt their prey only to meet their needs, they do not kill the entire herd. There is no hoarding or storage for days to come unless required by severe weather conditions. The principle of ‘Might is Right’ prevails but with very little misuse compared to the humans. In the so called advanced society that we live in, ‘Protection of Law’ does not exist for the common man.

On the lower end of Shahrae Quaid where the Aiwan-e-Adal is located there is no bell that the aggrieved party can ring to get justice. About three centuries ago Mughal ruler Nur-ud-Din Muhammad Salim known as Shehanshah Jahangir who lays buried in the city made himself available to respond to injustices committed in his kingdom. He dispensed justice not as a Judge but as a Chief Executive Officer of the country. Our courts today are overwhelmed with cases emanating from executive abuse, easily correctable in the administrative domain. Accused are put behind bars through faulty investigation by the law enforcement agencies. It takes decades for the law courts to finally understand the violation of rules committed by the prosecution. Some unfortunate innocent souls die during their incarceration for the crimes of others.

Perhaps the police force is the weakest link in our legal framework. Over the years the Thana Culture has been destroyed, not improved. The assigned force is required to live within the premises for which they are issued beds and trunks. All police stations had messes for the staff. Interestingly while these in-house arrangements no longer exist, there is a mobile van that delivers hot meals to the assigned staff on outside duty. The Station House Officer (SHO) has no control over the off-duty personnel who then indulge in all kinds of illegal activities.

Today the force should be renamed as Police Incorporated as there is a pay-forservice mechanism in place with no chain of command. From the constable posted at the gate to the SHO, everyone is an island of authority answerable to no one. The high command can issue directives only as a request. People are reluctant to go to the police stations to lodge complaints, so most crimes are not even reported.

After the Lawyers Movement of 2007, the courts have not been the same. Instead of presenting legal points the Black Coats rely more on muscle power, which is the total anti-thesis of the rule of law. People of the Islamic Republic of Pakistan were used to dealing with Wardi (unform) and Afsargardi (officers’ contumely), now they to face Vakilgardi (lawyers’ contumely) as well. Judges are intimidated in court rooms, in the lower judiciary some have been manhandled as well. Even the police is afraid of entering the courts. Last year a mob of Black Coats attacked the Punjab Institute of Cardiology (PIC) on Jail Road. I am sure the inmates of the Mental Hospital must have been seriously concerned with the insanity being practiced next door by the legal practitioners. The judiciary today faces serious management challenges which have to be resolved to restore order and then be in a position to dispense justice.

Instead of providing protection to the public, the law seems unprotected and ineffective itself. The legislators have to rise to the challenge of putting the house back to order.

In the original constitution of 1973 clause 212 was enacted for the establishment of Administrative Courts to administer accountability to contain executive abuse. Unfortunately in 1979, through second amendment it was removed by the dictatorial regime in connivance with the bureaucracy. Since then the exploitation of the public continues unabated as a consequence of which the people have to approach the courts for a long drawn unending legal battle. After the death of my reform-oriented father, I inherited about 20 court cases one of thembein regarding Property Tax. After receiving a notice to deposit tax which was twice the amount of his next-door neighbour, he approached the department to learn the basis of the assessment, which was refused. He then filed a writ petition which came up for hearing after 18 years. During this period he passed away, luckily his lawyer Malik Akbar was still around so I approached him. He briefed me about the case but advised me to let go as my old man was no longer alive. I decided to appear in the case myself. The department was sheepishly present there with its lawyer. On my insistence that the right of the assessed must be recognized to know the basis of the assessment, the officials were ordered to submit in writing.

Written law can perhaps adjudicate most criminal and civil litigation, but cannot deal with executive abuses which are rampant in our colonial system of governance. For legal protection to be effective together with the dispensation of justice, the accountability of the executive should be in-house through Administrative Courts headed by serving or retired Chief Executives who understand management and mismanagement practices. The Armed Forces have their own internal accountability mechanism and so does the judiciary, it is only the executive side which is allowed to hide behind delays due to prevalent judicial accountability of administrative infringements.

There was a time in the land of the pure when the Chief Executives exercised control over their departments and provided relief to the general public, but that mode no longer exists. Most Heads of Department now act as helpless Post Offices who forward the complaints to their subordinates and for them it is the end of the story.

On follow-up or reminder, the public is directed to get in touch with the concerned staff against whom the grievance has been filed in the first case. Instead of providing protection to the public, The law seems unprotected and ineffective itself. The legislators have to rise to the challenge of putting the house back to order. Constitution needs a major revamp to cleanse it of the martial law amendments. People-friendly legislation is the need of the hour to move away from the Jungle that we find ourselves in today.

The memorabilia of two engaging autobiographies

An autobiography is a self-written document intended to review and project its  author’s life story in such a way as to readily elicit the...
Read more
Editorials

The debacle in Islamabad

After Nowshera, Rawalpindi. This should lead the ruling party to do a lot of soul searching. In the most hotly contested Senate election, the...
Read more
Editorials

The latest incident, that of the trashing of the Islamabad High Court by lawyers, on February 8, in the course of which the Chief...
Read more
Comment

Healing the wounds of the nation

On January 20, Joseph Robinette Biden Jr took oath of office as the 46th President of USA. The Presidential elections were held on November...
Read more
Comment

The sight of children with their poker faces lost in a trackless jungle of pain, women with reptile eyes and unkempt hair, and disabled...
Read more
Comment

Basically, human rights refer to all human beings having universal status to which all are entitled simply by being human. It is not limited...
Read more