A tech-driven solution to reduce poverty in our society 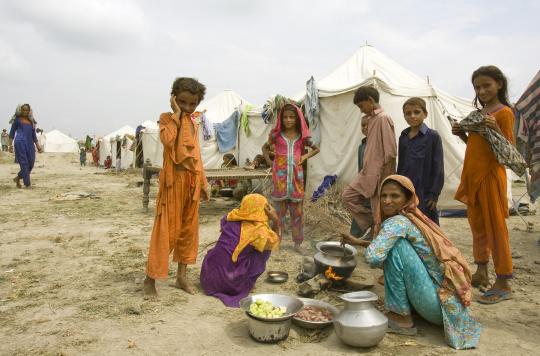 Beggars can be extremely annoying. One cannot escape them be it at a traffic signal, marketplace, or car parking. They are everywhere. With their intruding eyes, they hardly care if you are having a serious conversation, eating something, or enjoying music in your car. They simply continue knocking on the car window till you give in and respond. The only reason that keeps me from giving them my piece of mind is because of my own personal experience with hunger during one of my longer stints in the remote parts of Baluchistan with a Tableeghi Jamaat along the border of Iran.

Being a father of three, I know how it feels when one of them is hungry, unwell, or in pain and requires attention. This reminds me of what I saw a few weeks ago, on a smoggy chilling night. I was waiting in a long queue of cars at a local fast-food chain’s drive-thru with my children. While  randomly looking around, I froze at the sight of a shivering child selling balloons. The hut he was standing in front of was shabby and covered in a plastic sheet as a protective cover for the dwellers inside. I took out a five-thousand rupee note from my wallet, slightly rolled down the car window, and slid it out of the warm cozy car for him. “Was that enough?” I wondered. “How ungrateful have I been all my life!”, I thought.

The fact of the matter is that a staggering 40 percent of the population of Pakistan lives below the poverty line. To lay it out plain and simple, around 80 million people: every two out of five need some assistance to meet the basic necessities of life such as food, clothing, and shelter. According to a UNDP assessment, nearly 42 million children are now out of school, while 17 million children under five are missing routine vaccinations. With a sharp rise in the people falling below the poverty line, the need for government assistance is becoming all the more crucial, but it is not that simple. To put this into perspective, if only 50 rupees were to be given to every poor person, the government needs Rs 4 billion (400 crores) daily. This amounts to a monthly sum of Rs 120 billion– an expenditure no government should be expected to bear alone.

To address this menace of unfortunate vulnerability, it is proposed that a digitally enabled community-led resilience and response system may be institutionalized by the Government, whereby, the government acts as the custodian, guarantor, and overseer of the whole process.

‘The Haves’ have to come forward and help the Government in its bid to ease the lives of the poor. The government, in this regard, plays an important role in facilitating and encouraging them by devising easy processes for them to make donations. This app can play a critical role in fulfilling the Prime Minister’s vision of Riasat-e-Madina by tapping into the national spirit of charity through smart use of technology to minimize societal inequity while ensuring transparency and accountability

To start off, a poverty alleviation app may act as the pivot of the whole process. Using the latest Ehsaas survey data, wherein a family is defined around the mother and her children, the Government may share the list of all the needy families with their poverty index or score, while keeping their identities anonymous. Their geographical information, however, along with their specific financial needs per month, may be publicly shared. The monthly financial needs may be calculated based on the number of family members and their immediate priority needs, like assistance for food, health, clothes, education, or marriage, and so on.

As a second step, the government may rally potential donors and encourage them to come forward and register themselves on the app, wherein they would have the option to choose a family in their respective locality and send the donation or zakat amount directly to that family without any intermediary via the recently launched National Digital Payment Gateway, called Raast.

The donors may also have the option to adopt a family for a specific number of months. In this case, the donors would have to opt for a monthly recurring automatic payment option, whereby the amount committed shall automatically be deducted from their given bank account and transferred digitally at once to the preferred bank account of the needy family. Once a family has received the monthly donation, it shall no longer appear in the list of needy families. Against every successful donation transfer, a receipt of the payment shall be sent to the respective donor via SMS and/or email. At any point in time, if a donor wishes to leave the adopted family, the details of that needy family will be highlighted again for adoption.

In case of an unsuccessful funds transfer, because of an insufficient account balance or some other reason, the concerned donor may be notified about the hiccup via SMS and/or email along with a request to get the issue with the respective bank resolved on a priority basis. Two more attempts in successive days may be made after which the Government may step in to transfer the donation money from its own Zakat and Ushr pool on a loan basis. At this stage, the problematic donor’s account shall be suspended and the related family shall reappear in the list for adoption.

The app’s Artificial Intelligence (AI) engine at the backend may generate suggestions for the donors, based upon their location and preferences. A donor may able to give zakat or sadaqah at any time during the day, by selecting a family and specifying an amount of money below or equal to the monthly financial need (already calculated) being displayed against that family. Donors may also have the option to pledge to support a certain family in the next monthly cycle.

It is important that such a system may be fully backed and monitored by the Federal Government (perhaps by putting it under the umbrella of the Ehsaas Program) so that the quantum of assistance to each family is recorded and that nobody gets more than their share to ensure wider and equitable distribution. The government, on the other hand, might want to reciprocate by giving tax rebates to certain regular donors or by giving priority customer status to them at the time of service delivery.

z‘The Haves’ have to come forward and help the Government in its bid to ease the lives of the poor. The government, in this regard, plays an important role in facilitating and encouraging them by devising easy processes for them to make donations. This app can play a critical role in fulfilling the Prime Minister’s vision of Riasat-e-Madina by tapping into the national spirit of charity through smart use of technology to minimize societal inequity while ensuring transparency and accountability. 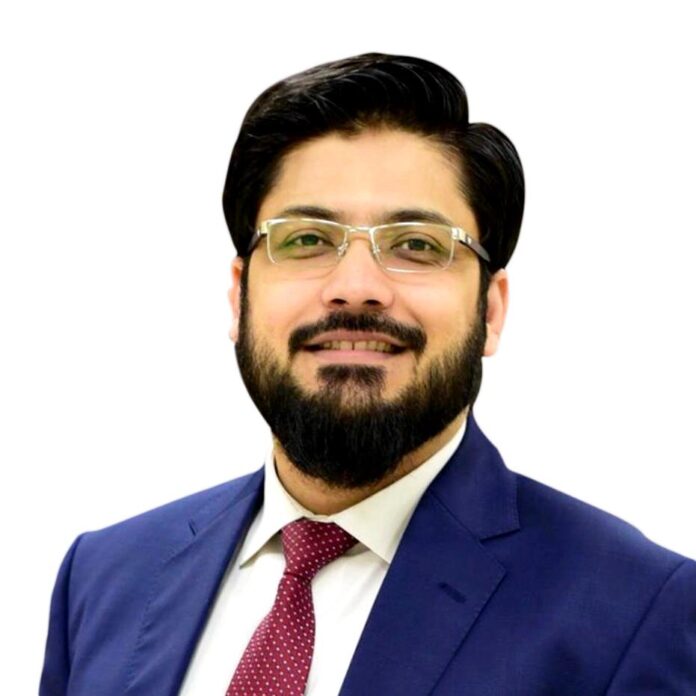