If classes are online, why not the exams? 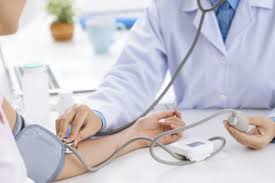 It was a beautiful, sunny day of spring. Sportsweek 2020 entered its final day at the beautiful university located at the foot of the famous Margalla hills. The young scholars were celebrating their victories till late on the eve of February.

There was awareness about the global pandemic situation spread by the social media, but nobody had even thought that the viral “social media disease” would change their lives and routines for many coming years. The country went into panic mode within days. There was hell presented on the TV screens, and the newscasters and anchors were shouting, politicians were caught unprepared for unconventional crises (they often caught unprepared, whether it’s conventional or unconventional).

The younger generation of the 21st century has gone through some extraordinary circumstances. Everything was going well but suddenly in March 2020 all changed at once. A viral disease, designated covid-19 by the WHO, originated from China in January and spread throughout the globe within just one month. The global community of 7 billion people was stunned and left in chaos by the rapid destruction caused by covid-19.

All the educational institutions were immediately closed and classes were shifted over yo different online platforms. Students took several months to get used to these new routines. But somehow teachers and students managed and the new covid-19 Educational system formed in Pakistan. There were problems with connectivity, gadgets, timings, educational environment, assignments, concepts and so on, but the students coped with all these conditions and gave the first online exams. There was a decrease in covid-19 death rates in September, and students were asked to join classes . But just after one and a half months, the institutions were closed again. Students attended their final eight weeks of classes online and the government dropped a bombshell on January 15.

By taking online exams, you are saving nothing, not the future, not the students (the rise in COVID wave) not even your vote bank. PTI is considered the party of youth and if it doesn’t listen to youth, it is going nowhere in General Elections 2023

The Government announced the reopening of the classes for grade 8 to grade 12 on January 18 and for higher educational institutions, the opening was announced for February 1.

Students all over Pakistan were furious over this decision and they organized physical and online protests against on-campus exams. They had different arguments in favour of online exams.

The trend against on-campus exams has gone global on twitter. Students argue that, “If you teach us by online method, how can you judge students by physical exams? The future of thousands of students has put on stakes.”

The federal education minister himself attended the meeting online. but kept on asking the students to go to universities.

One bright student from a leading university from the capital showed his concern in Whatsapp and said, the method of teaching by online means was totally insufficient for taking on-campus exams. One can feel the frustration of the young lady. She was both concerned at how online quizzes were made to substitute for vivas and the length of the syllabi given for the final exams.

The police have used force against protesting students of NUML who were exercising their democratic right to protest but some of them were arrested and taken to prison.

This behaviour of the government was totally unacceptable  when used against peaceful protestors who were raising voices for their educational rights. The tragedy is that this is the very same government that came to power by street agitation, protests, dharnas and container politics and which is now putting barriers on freedom of protest and freedom of speech which is allowed in the Constitution of Pakistan.  Its Article 19 provides “Every citizen shall have the right to freedom of speech and expression, and there shall be freedom of the press, subject to any reasonable restrictions imposed by law in the interest of the glory of Islam or the integrity, security or defence of Pakistan or any part thereof friendly relations with foreign States, public order, decency or morality, or in relation to contempt of court, [commission of] or incitement to an offence.”

On a lighter note, one more famous argument which has been circulating in social media circles is “if after attending online classes, we have to attend physical exams, then why not give commission to all the PUBG players in the armed forces/” This may seem hiliarious but this sounds logical somewhere.

The government argues that students have to live with these new changing circumstances and they should have prepared for any possibilities. The government should communicate with students and try to listen to them at least, addressing the concerns is another matter.

The minister wrote on twitter on 19th of January that “ The future is our main priority.”

But the honourable minister needs to understand, by taking online exams, you are saving nothing, not the future, not the students (the rise in COVID wave) not even your vote bank. PTI is considered the party of youth and if it doesn’t listen to youth, it is going nowhere in General Elections 2023.

Mohammad Fawad Dawood
The writer is a freelance columnist

After a number of years, a significant step has been taken to stem further deterioration in Pak-India relations. The DGMOs of the two armies...
Read more
Comment

In monarchies or dictatorships, the state generally employs a large portion of the employable population and periodically gives them different incentives. For example, in...
Read more
Comment

The seed of democracy is elections. If they are fair, the outcome will be progress and prosperity but if they are tampered then the...
Read more
Comment

“Nobody is safe until everyone is safe” has become a mantra that reminds us of the importance of equitable access to vaccines. It is estimated...
Read more
Letters

February 27, 2021
In monarchies or dictatorships, the state generally employs a large portion of the employable population and periodically gives them different incentives. For example, in...