Orders for promoting lecturers within 20 days 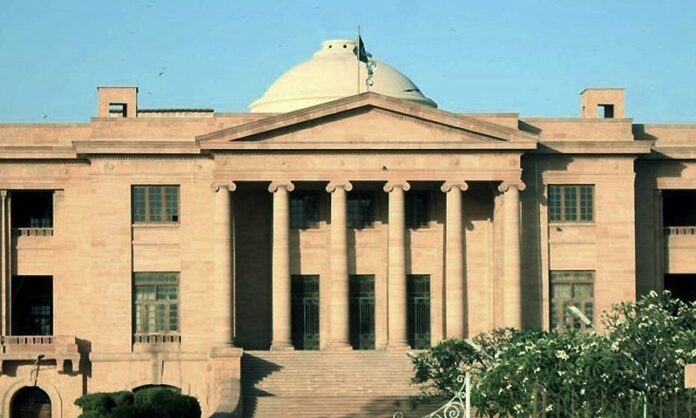 KARACHI: The Sindh High Court (SHC) has directed the National Accountability Bureau (NAB) to complete the inquiry against Pakistan People’s Party (PPP) leader Sharjeel Memon in the assets case till February 23.
At the outset of the hearing on Tuesday, the SHC bench hearing the case asked about the status of the inquiry against the PPP stalwart.
The NAB prosecutor told the court that they are investigating Memon in the illegal appointments made in the Sindh Information Department and added that more time is required in its completion.
The court after extending the bail of Memon in the case directed the NAB to complete its inquiry till February 23 and summoned a progress report.
Memon is accused of hiring people illegally while serving as the Sindh information minister. Memon has also been accused of owning more assets than his sources of income. NAB has filed a Rs2.2 billion corruption reference against him. His wife and mother have been named in the case too.
NAB has also accused him of embezzling Rs5.7 billion, which the information ministry had paid to advertising agencies for awareness campaigns between 2013 and 2015. He was serving as Sindh’s information minister at the time.
Separately, the SHC has once again hinted to take contempt of court action against the provincial government and ordered the relevant authorities to give promotions to lecturers across the province within 20 days.
The Sindh High Court’s Justice Mohammad Ali Mazhar heard the petition filed by Sindh Professors and Lecturers Association (SPLA) against the Sindh government for not granting time scales and promotions to more than 12,000 professors and lecturers. The court issued orders to grant promotions to lecturers of grade 17 and 18 across Sindh within 20 days and warned to take contempt of court action against provincial chief secretary and secretary colleges.
During the hearing, the secretary colleges told the court that a policy regarding promotions and time scale has been prepared by the government. The secretary sought 15 days from the court to complete paperwork for data of lecturers working in grade 17 to 18.
Justice Amjad Ali Sahito remarked that lecturers are demanding promotions, but what they would say about the standards of education. Justice Sahito continued that the standards of education will be known after witnessing the situation of Sindh colleges and their academic results.
He maintained that the standard of education has declined and lecturers are not ready to educate the people. The lecturers admitted that the education standards are not up to the mark.
The secretary colleges said that the government is ready to promote the lecturers but they must also perform their duties with honesty and responsibility.
Later, the court ordered the government to grant promotions to the educators within 20 days and adjourned the hearing.