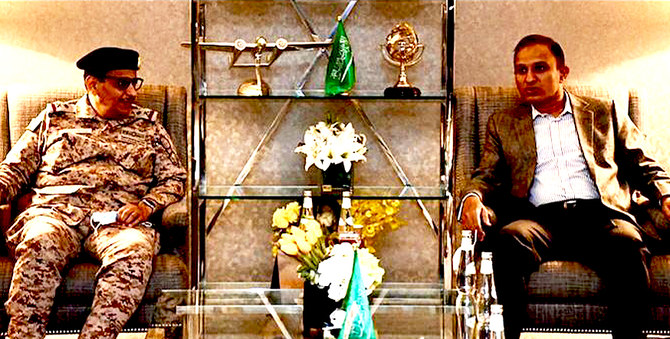 ISLAMABAD/RIYADH: Chief of the Naval Staff Admiral Amjad Khan Niazi arrived in Riyadh late on Monday night on his first official visit to Saudi Arabia after assuming the charge in October.

Admiral Niazi, who arrived in Riyadh on the “special invitation of Commander Royal Saudi Naval Forces,” will remain in the Kingdom “from 18-23 January 2021,” the navy said through a statement.

“Upon arrival at Riyadh, he was received by Raja Ali Ejaz, Ambassador of Pakistan to Kingdom of Saudi Arabia and high ranking military officers of Pakistan and Saudi Arabia,” the statement added.

The naval chief will call on top government and senior military leaders during the five-day visit which is “expected to further enhance the brotherly relationship between two countries in general and navies in specific.”

Pakistan and Saudi Arabia have enjoyed close relations for decades. Pakistan Navy provided training to Saudi officers and sailors during the latter navy’s formative years in the ’70s and ’80s.