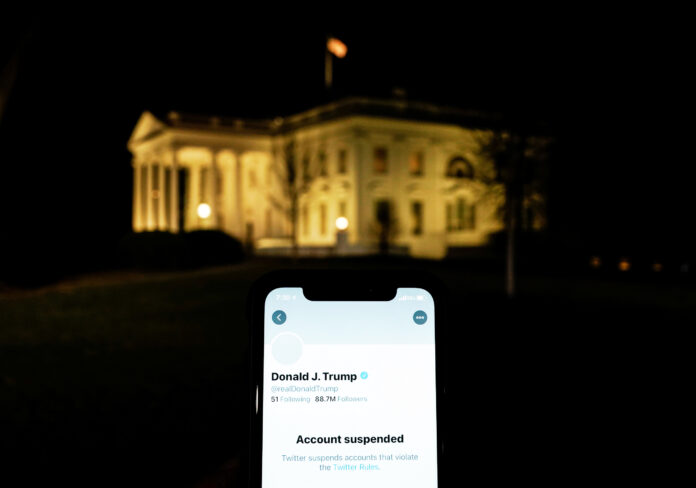 WASHINGTON: Twitter Inc’s stock tumbled over 6pc on Monday after its move to permanently suspend US President Donald Trump’s widely-followed account spurred concern among investors over the future regulation of social networks.

The San Francisco-based social media company said on Friday its suspension of Trump’s account, which had 88 million followers, was due to the risk of further violence following the storming of the US Capitol last week.

The move drew criticism from some Republicans for quelling the president’s right to free speech, while European Union Commissioner Thierry Breton said the past week’s events likely heralded a new era of heavier official control.

German Chancellor Angela Merkel, whose relations with Trump have been frosty, criticized Twitter’s ban and warned through a spokesman that legislators, not private companies, should decide on potential curbs to free expression.

The attention drawn to Twitter increased investors’ worries that it could be more exposed to regulation than its bigger rivals Facebook Inc or Google and YouTube-owner Alphabet.

Other social media platforms, including Facebook, have issued similar bans on Trump, but Monday’s fall of as much as 12pc in Twitter’s stock was much deeper than for any of its peers. Facebook was last down almost 4pc and Alphabet lost 2pc.

Speaking during the Reuters Next conference, Facebook’s operations chief Sheryl Sandberg said the world’s largest social network had no plans to lift its block on Trump’s accounts.

Friday’s move, accompanied by suspensions for some of Trump’s supporters, was the first time Twitter had banned a head of state, and Republican lawmakers denounced its decision as an attempt to stifle conservative voices.

“These moves, whether you consider them justified or not, could well see them lose further users if they become seen as arbiters of what is considered politically correct or acceptable,” said Michael Hewson, chief analyst at CMC Markets UK. 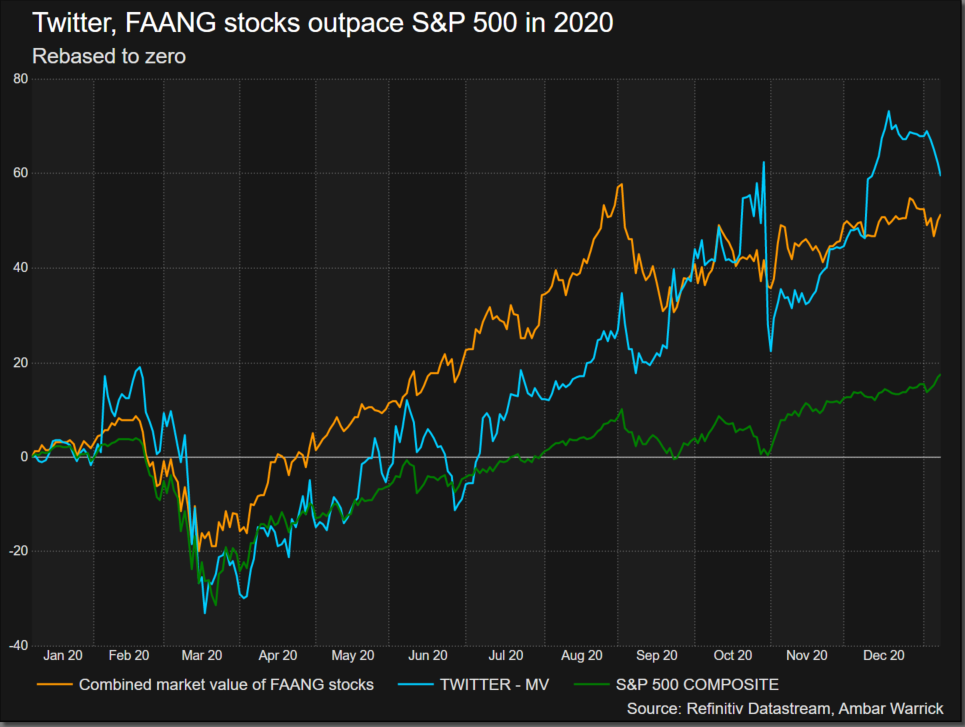 U.S. President-elect Joe Biden has been quoted as criticizing the “overwhelming arrogance” of the tech sector’s leaders and analysts expect more legal moves to curb their power over the next four years.

EU Commissioner Breton said the change in regulation may prove comparable to the global crackdown on terrorism after the attacks of Sept. 11, 2001.

“The fact that a CEO can pull the plug on POTUS’s loudspeaker without any checks and balances is perplexing,” he wrote in a column for Politico.

“It is not only confirmation of the power of these platforms, but it also displays deep weaknesses in the way our society is organized in the digital space.”